Home » TV & Movies » Independent Spirit Awards: 4 Winners Make the Most of Their Moment 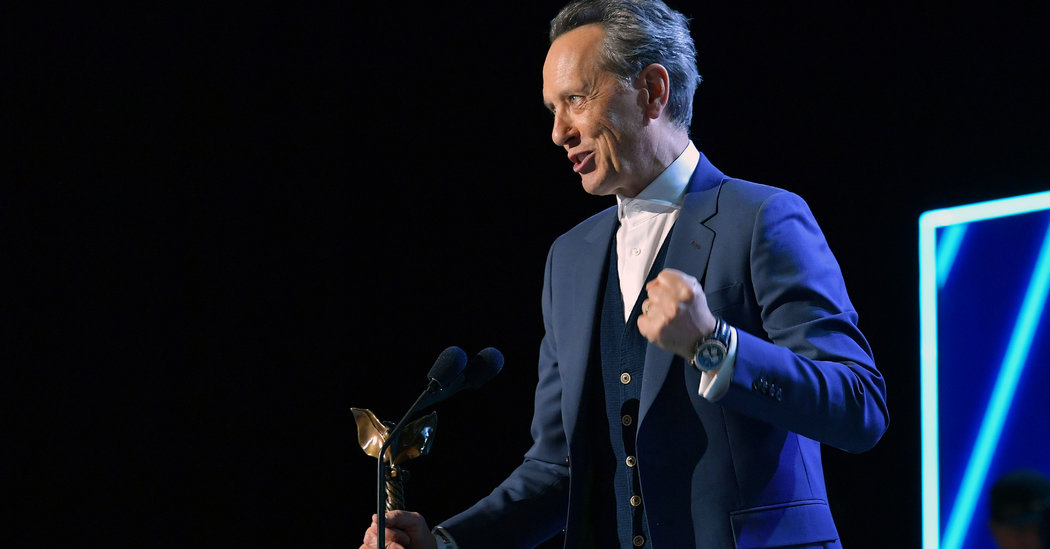 Independent Spirit Awards: 4 Winners Make the Most of Their Moment

The Independent Spirit Awards are often positioned as the casual alternative to the Oscars even if the ceremony, held in a Santa Monica tent the afternoon before the Academy Awards, often features some of the same nominees and winners.

Still, at this year’s event, some major changes were evident. For one, unlike the Oscars, the Indie Spirits actually had a host in the witty Aubrey Plaza.

The most notable difference, though, was how people made the most of their acceptance speeches. More than once, as someone spoke at the microphone on Saturday, I thought, “I bet you won’t see that tomorrow.”

[Read the Carpetbagger’s Oscar predictions, then fill out your ballot.]

Part of that freshness was due to the fact that several of the Independent Spirit winners hadn’t been victorious at other award shows this season, and this offered them the first notable chance to seize the spotlight. Take Richard E. Grant, the supporting actor winner for “Can You Ever Forgive Me?” who has lost most prizes to the “Green Book” star Mahershala Ali but has won Hollywood hearts with his happiness to just be nominated.

When he took the stage to accept his Independent Spirit Award, Grant had to fight back tears. His character in the 1991-set film eventually succumbs to AIDS and Grant told the audience, “This movie, more than anything, is an homage to that generation of men who were wiped out by that disease.”

“Has Rami Malek said that this season?” asked my seatmate, referring to the 37-year-old actor, an Oscar front-runner, who plays the AIDS-afflicted Queen singer Freddie Mercury in “Bohemian Rhapsody.” 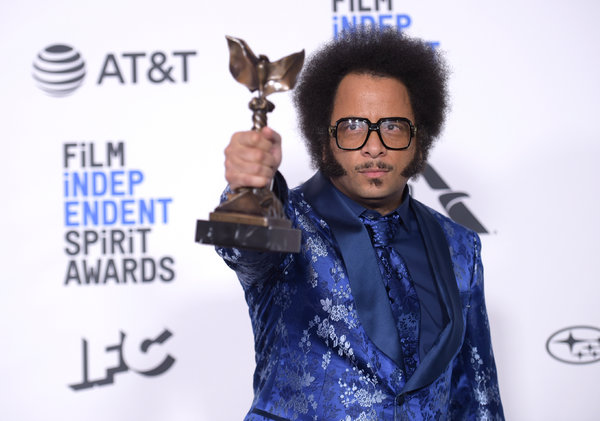 The most controversial statement came later, when the “Sorry to Bother You” auteur Boots Riley won the Independent Spirit award for best first feature and used his speech not just to discuss class struggle but also to lob an accusation about rising tensions in Venezuela.

“I want to say the C.I.A. is trying to have a coup in Venezuela,” Riley told the crowd. “We should all be putting our voices out there to stop the U.S. from having regime change for oil.” At that, even the Independent Spirits broadcast cut Riley off.

Later, as Barry Jenkins took the stage to accept a best-director trophy for his James Baldwin adaptation “If Beale Street Could Talk,” he professed some uneasiness about winning in a category in which the majority of nominees were female. Notably, all of those women — Debra Granik, who directed “Leave No Trace,” Tamara Jenkins, who directed “Private Life,” and Lynne Ramsay, who made “You Were Never Really Here” — were all overlooked by Oscar.

[The Indie Spirits sets a record for female directing nominees.]

“I’m not gonna lie, man: I didn’t want to win this damn award,” Jenkins said at the podium. He noted that though women only made up a tiny minority of big-studio directors last year, they comprised more than 40 percent of the directors in competition at Sundance and 60 percent of the nominees in his category, suggesting a pipeline to major projects that is still stalled by sexism.

Jenkins exhorted the crowd of industry figures to make a film in the next 18 months with a woman at the helm, an echo of the challenge issued by the industry group Time’s Up, then gave a particular shout-out to Ramsay, whom he met in 2002 at the Telluride Film Festival. “I was a student, I hadn’t made anything and she was so kind to me and took the time to tell me what her process was,” Jenkins said. “I think this award has your DNA in it, my dear.”

Though the show had plenty of contemplative, heavy moments, the most delightful came late in the ceremony when Glenn Close won her latest best-actress trophy for “The Wife.” As Close walked to the stage, she turned back and beckoned someone from her table to join her.

She was not calling on a co-star, or the film’s director. Instead, she was motioning to her dog, Pippi, a Havanese who eagerly trotted to the stage alongside his owner.

“I hope you don’t mind that Pippi came up here with me,” Close said, explaining, “He’s my date.” Pippi stared up at Close with reverence — give or take an entirely excusable yawn or two — then walked to the back of the stage to sit next to presenters Javier Bardem and Yalitza Aparicio as Close had her moment.

A dog who could hit his marks and cede the spotlight when need be? At the Independent Spirits, perhaps Pippi was the afternoon’s biggest winner.