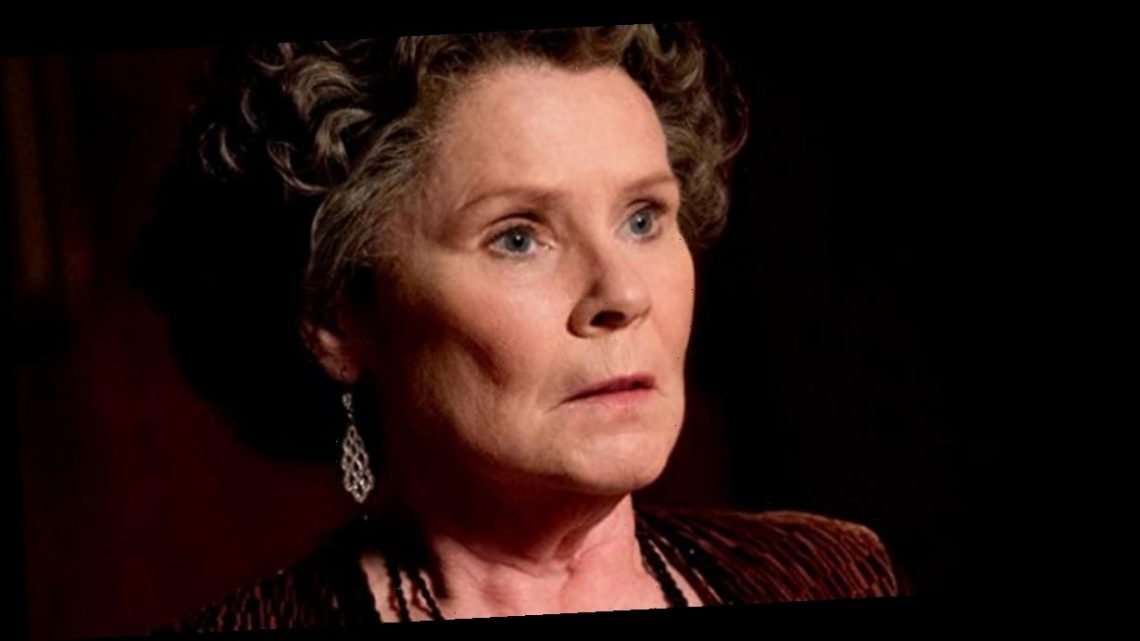 Imelda Staunton is set to be revealed as the new Queen in The Crown, taking over from Claire Foy and Olivia Colman, according to reports.

Series Three of the acclaimed Netflix drama series has recently had all ten episodes available for download, with Olivia Colman beginning her reign as Queen Elizabeth II.

Colman is due to step down from the role at the end of season four next year, and it has been reported that Staunton is due to take on playing the monarch for seasons five and six.

Staunton has had an introduction to being part of the aristocracy, after she played Lady Bagshaw in the Downton Abbey movie.

The 63-year-old was thought to have been approached by producers of the series to play the Queen while she is in her sixties.

Claire Foy had taken on the role of portraying Her Majesty during her younger years, while Colman is tackling her mid-life.

It will be a busy time for Staunton as she is due to play the lead role in Hello, Dolly! next August before 2021 and 2022 being taking up with the The Crown's filming schedule.

This will involve producing 20 episodes of the drama and they are currently being researched by the show's creator Peter Morgan and his team.

It has been reported that this could involve the infamous ‘annus horribilis’, which was the Queen's description of 1992, a particularly difficult year for the monarchy.

This was another year that Prince Andrew was headline news, after he separated from Sarah, Duchess of York, there was the Princess Anne's divorce from Captain Mark Phillips and then, to top it all, a devastating fire at Windsor Castle.

The year ended with Andrew Morton's tell-all biography of the Princess of Wales, Diana: A True Story.

This focused on the breakdown of Charles and Diana's marriage, with revelations about his affair with Camilla Parker Bowles.

It is thought that the storyline will also cover the death of Diana in 1997, as well as the deaths of Princess Margaret and the Queen Mother in 2002, just weeks after each other.

Staunton has received Oscar and Golden Globe nominations for her performances as Vera Drake in Mike Leigh's film as well as her turn in the Harry Potter series as the villainous Dolores Umbridge.