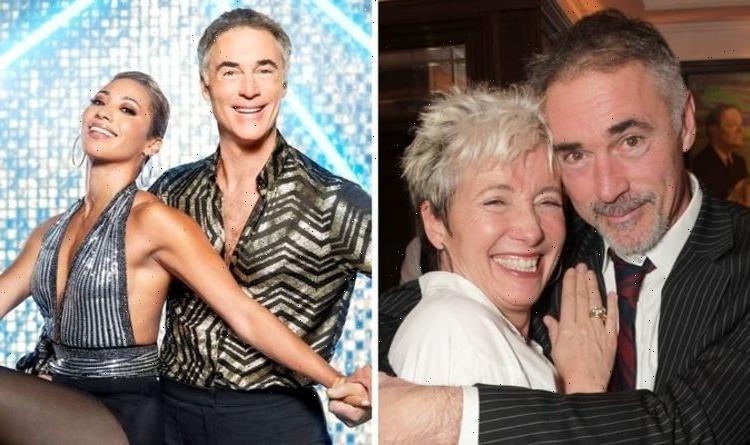 Strictly: AJ Odudu says she’s ‘back to square one’

British actor Greg Wise has revealed he isn’t worried about the so-called Strictly curse after being partnered with pro-dancer Karen Hauer in the latest series of the BBC talent show. The celebrity contestant recently chatted with Steph McGovern on Steph’s Packed Lunch on Channel 4 following his American Smooth in series 19’s stellar launch show.

Wise recently chatted with TV host Steph McGovern on her Packed Lunch talk show about his stint on the popular dancing contest.

Despite the series’ infamous reputation for breaking up famous couples, the actor and producer assured Steph he wouldn’t succumb to temptation.

The star laughed off his host’s question and said: “We’re 26 years in now.”

“I think any of that kind of shenanigans… we’re told old, we haven’t got the energy.

“I’ve just the energy to do a step-ball change, I can’t do anything else, really.”

The actor also confessed his age may become a factor as the competition heats up later in the series.

His opening performance gained a respectable score of 24, though he suggested he might start feeling ‘old and stiff and sore’ as the weeks go on.

Greg Wise and Emma Thompson first met as co-stars on the set of the 1995 film adaptation of Sense and Sensibility, which also featured Kate Winslet.

They began their long-lasting relationship soon afterwards, and were married in 2003.

Of course, viewers will still be on the lookout for any telltale signs of the Strictly curse, which most recently hit professional dancer Katya Jones and her husband Neil.

The Strictly star confirmed they had split ten months after she was spotted kissing her series 16 partner, comedian Seann Walsh.

However, Greg Wise assured viewers he and his dancing partner Karen Hauer won’t be having the same problem.

Recalling his opening night performance, Wise said: “It was almost like a kind of out of body experience because we’d rehearsed it so much.

“It was like I’d been wound up and then I just set off… didn’t fall over. Didn’t get the fundamentals right though, did I?”

He then admitted: “Only a fool would think they’d be great on day one.”

She confirmed: “He cooks food for me. He does all the packed lunches.

“We had scallops and tuna. Today we had chicken with amazing root vegetables.”

Outside of Strictly, Greg Wise is still a British TV and film mainstay, having recently appeared in The Crown and the films Military Wives and A Private War.