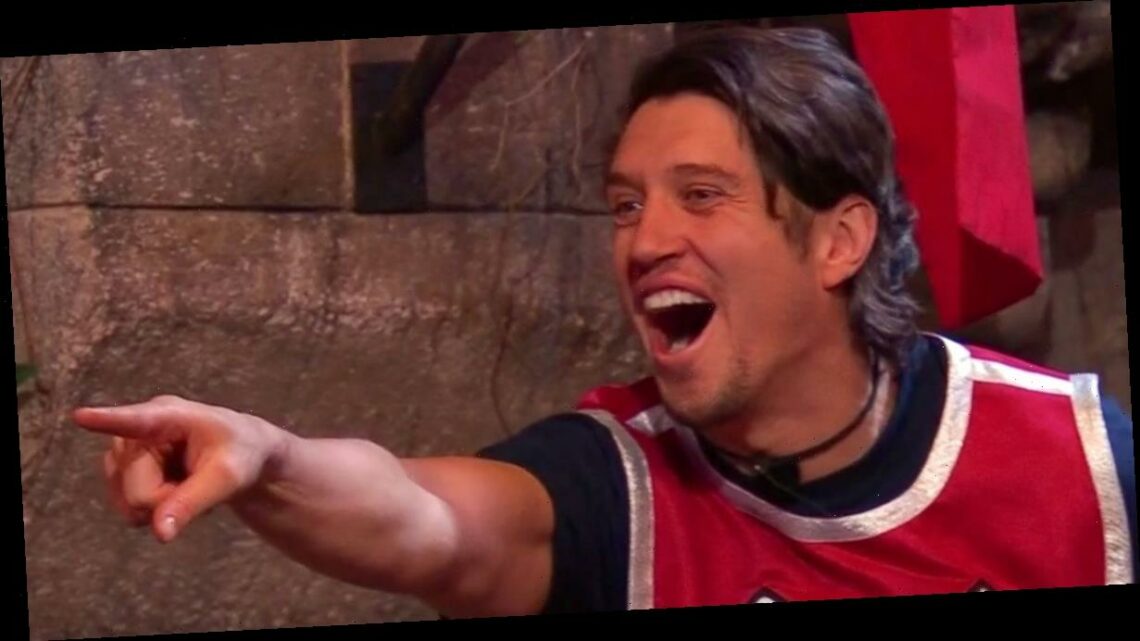 I'm A Celebrity Get Me Out Of Here! fans were left flabbergasted during Friday night's live trial as Vernon Kay dropped the F-bomb after he was warned not to swear.

Nothing gets past eagle-eyed viewers of the hit ITV show, that's for sure, and they were quick to point out the 46-year-old star's slip of the tongue in the live trial.

In spite of hosts Ant McPartlin, 45, and Declan Donnelly, 45, forbidding foul language at the start of the trial, the former Family Fortunes presenter couldn't be prevented from shouting out the four-letter-word.

All celebrities were required to take part in the challenge, with campmates being split into two teams, Lord and Ladies, in hope of winning a banqueting feast.

Losers of the trial would instead face a rice and beans supper and another trial together on Saturday's show.

Contestants were randomly selected from each team for specific trials, with the former T4 presenter facing stiff competition as he was asked to come up against BBC journalist Victoria Derbyshire.

Before the sound of the klaxon, the pair were asked to take part Critter Cages, which enviably was a locked coffin-like box encompassed by insects.

Giant mealworms and maggots were dumped on the pair as they frantically span gold coins from cogs in hope of winning.

However, it all became a bit much for Vernon when further crickets and cockroaches were unleashed from a bucket, leading to F-word slip in terrifying heat of the moment.

It wasn't long before fans of the show picked up on Tess Daly's husband's faux pas and took to Twitter to share their surprise and humour.

One tweet read: "Ant and Dec say no swearing and yet Vernon screams F-word out loud, hilarious."

Another asked: "Wait did Vernon just swear then?"

While others were quick to get to the point, a third person penned: "Vernon roaring f**k on live TV. Love it"

A fourth wrote: "Vernon yelling f**k on live tv is really a mood booster for this year."

Previously on the show, Sir Mo Farah took part in a solo challenge after receiving the highest number of votes, leaving Jordon North relieved that it finally wasn't him this time.

Although the Olympian gave it his all, he left the trial feeling disappointed after he'd only managed to bag nine stars out of a possible 12.

The Fort Locks challenge dealt the gold medalist a few nasty blows, including completely drenching him in fish guts.

As he returned to camp to deliver the good news, none of his campmates would hug him as the stench of fish remains wafted through the camp like wildfire, to which point Jordon offered to help him with the mechanical shower.

CategoryTV & Movies
TagsIm A Celebrity Get Me Out O TV