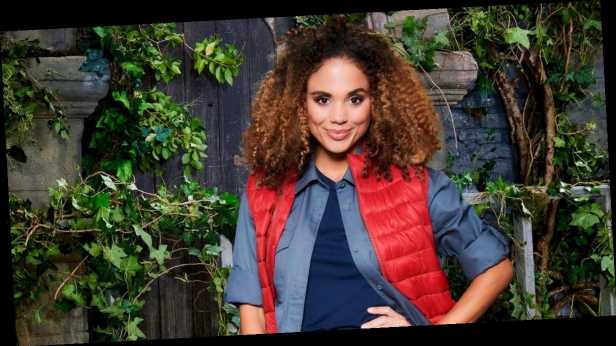 I’m A Celebrity’s Jessica Plummer will miss daughter, 4, ‘more than anything’

While she may be excited to showcase her true personality, Jessica Plummer has revealed she will face heartache during her experience on I'm A Celebrity… Get Me Out Of Here!

The singer turned actress is a mum to daughter Noa, four, who she frequently posts about on her Instagram page.

Jessica, 28, who is currently isolating with her daughter faces the heartbreaking task of not seeing Noa Lily for up to three weeks as she competes to become Queen of the Castle.

Ahead of entering Gwrych Castle, Jess said that the support from her daughter will see her through the challenging show.

The single mum said: "I am going to miss her more than anything. And I will miss her the most.

"But I know she will be able to see me on TV and she will get me through it."

While the majority of the nation recognise Jess as her EastEnders character, Chantelle Atkins, she is keen to ensure her own personality wins over the nation.

"Everyone has loved my character in EastEnders and hopefully I will live up to the standard already set up for the face people recognise. Hopefully, they will like me too!

"Doing I'm A Celebrity will give people a chance to see more of who I am and they will be able to see the differences between me and the character I am known for playing."

While admitting she has several worries, including rats and braving the cold – Jess joked that her nearest and dearest were left stunned when she dropped the bombshell.

"Everyone I have told thinks I am mental, my family are all like 'Jess seriously, you are such a scaredy-cat and you are so precious about your luxuries, what are you signing up for?!'"

Famed for its gruelling Bushtucker Trials, Jess admits that she is "dreading all of them," adding: "I remember watching the show in the past and always looking forward to the eating trial. Whether I want to be part of it is a different matter!"

Jess burst onto the scene in 2013 as one-quarter of girl group Neon Jungle following the release of their debut single, Trouble.

Despite achieving chart success and performing across the world, the group disbanded in July 2015 – two months after their contract with RCA Records was terminated.

‘I have a different story to most guys out here’: Tony Finau’s remarkable road to Augusta
World News