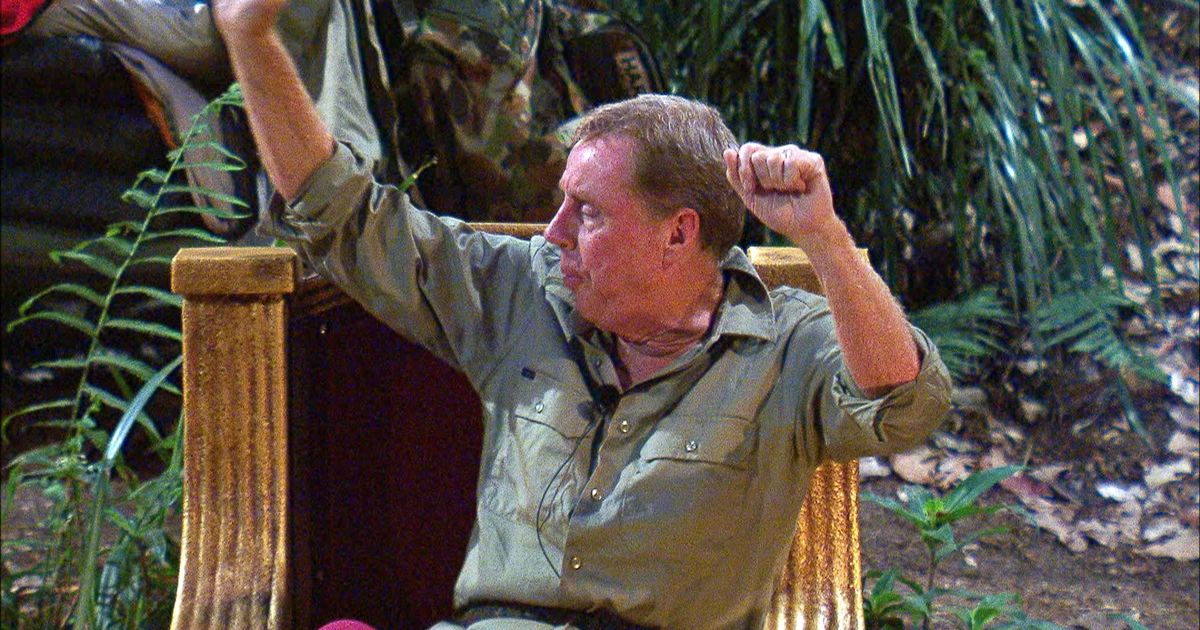 I’m A Celebrity’s Harry Redknapp is odds-on ­favourite to be crowned king of the jungle on Sunday night – and net the most lucrative post-show deals ever.

The legendary football manager, 71, has stole the nation’s heart with his many declarations of love for wife Sandra, cheeky quips and fondness for jam roly-poly.

On Saturday night he recovered from a fall in the Celebrity Cyclone to help his campmates claim all the stars on offer.

He said: “I was supposed to be sitting at home in my house slippers, coming up to 72 years old, not going up a water slide getting smashed in the face by a ball.”

Industry experts reckon he could rake in millions from TV shows, books and endorsements – even without another megabucks football manager’s job. The ex-Spurs, West Ham, Portsmouth and Southampton boss will be back on telly soon, whipping 13 England legends into shape for ITV series Match Fit.

Harry’s sharp wit will make him a target for TV bosses, possibly teaming up with son Jamie, like Jack and Michael Whitehall, or on a panel show.

There are also calls for Harry and Sandra, 71, to let cameras into their life for their own reality show.

Their 51-year marriage has melted hearts with viewers in tears on Friday when they were briefly reunited after three weeks apart. Harry had no idea what was coming and was shocked as he saw Sandra, running to hug and kiss her.

Evicted Vamps star James McVey said Harry never stopped talking about Sandra. James, 24, was reunited with his girlfriend of four years Kirstie Brittain and hopes they will have a love affair like his new pal Harry’s.

He said: “His life is Sandra and for Kirstie and I they are the absolute example of what our life is together. I’d would love to be like them.” Storyteller Harry has kept the camp entertained with tales about growing up in the East End with the Krays, his time in football and royal encounters.

His 2014 autobiography Always Managing was a big hit with footie fans and a follow up could be even bigger.

Harry’s forthcoming public speaking gigs are booked up and his love of jam roly- poly could lead to a collaboration like Paul Newman and his trademark sauce.

Acquitted of tax evasion in 2012, Harry admitted during the trial that he wasn’t good with money. But he is said to have the right people around him now to manage his cash and business deals.