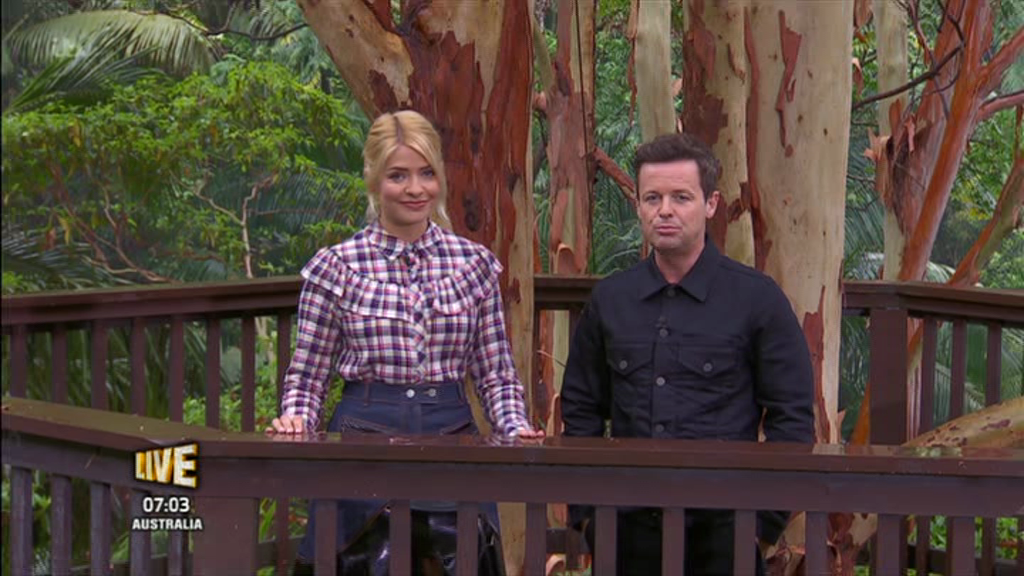 The presenter joked that he'd taken Holly's passport away so she couldn't leave Australia. As the pair opened tonight's show, Dec, 43, revealed one more star would be leaving.

He said: "We thought she wouldn't make it through the first few days but she's still here and who knows she might just make it to the final."

Dec then revealed he was talking about Holly, 37, and added: "But no seriously, you are doing an amazing job."

Holly then quipped: "The only reason I'm still here is because you took my passport, when am I getting it back?" 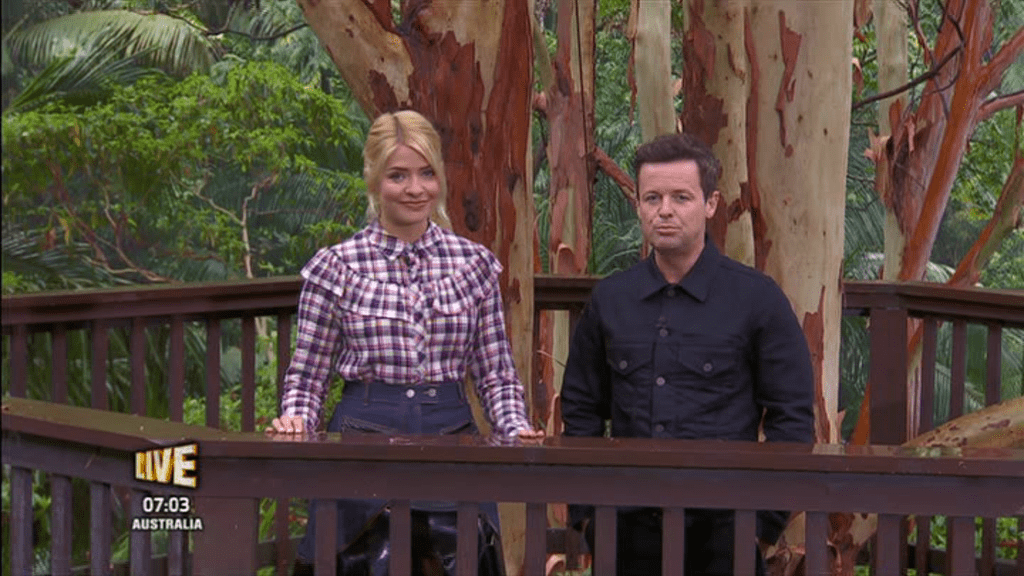 Dec replied: "I've told you, after the final," before Holly laughed: "And my wages?"

Dec then moved on without answering, leaving Holly giggling.

Holly has been opened about her fears of critters in the jungle, but she has managed to put her phobias aside to co-host with Dec. 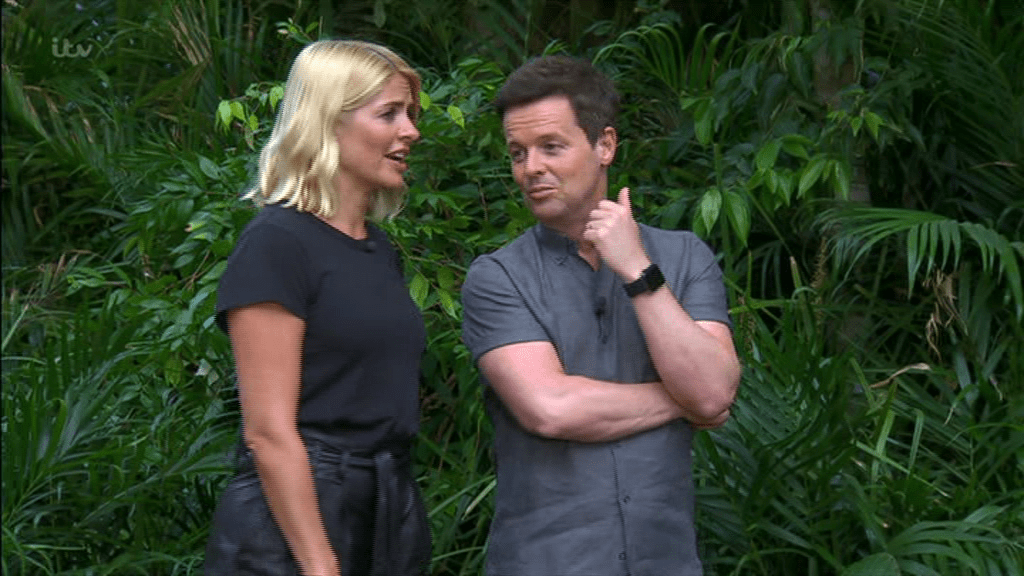 She's been praised by fans for her performance on the show, with many calling her a "breath of fresh air" and applauding her for doing such a good job.

She took over this year after Dec's longtime presenting partner Ant McPartlin took time off to focus on his personal problems.

Holly has said she's only "keeping the job warm" for Ant and he is expected to be back on TV next year after a lengthy hiatus.