When Noel Edmonds was booted out of the I’m A Celebrity… Get Me Out Of Here! jungle on Friday (November 30), many viewers – including a few famous faces – were shocked at the result.

But one person who wasn’t so surprised was Noel’s wife Liz, as she’s revealed that she had an inkling that he was going to leave.

“I thought he was going to go, I don’t know why, it’s just a feeling, but I think it will be for the good,” she told The Sunday Mirror.

“Lots of people might be sad and angry he’s out but I’m really pleased. There is a reason for everything and usually around Noel those reasons turn out to be very positive.

“Think about it, his audience, all his old fans from Swap Shop probably don’t vote. The cosmos gives you everything for a reason. If this is the decision, then so be it.” 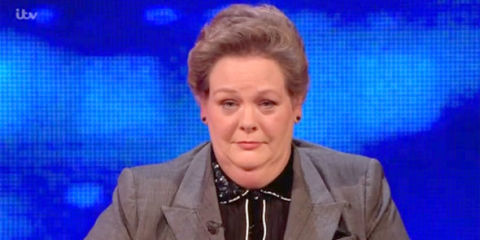 Liz, who married the Deal or No Deal host in 2009, also said that she’s glad the public have been able to see her husband in a new light after his jungle stint.

“People have actually seen the Noel that I see every day. He is a huge joker and so much fun. I am very proud,” she added. 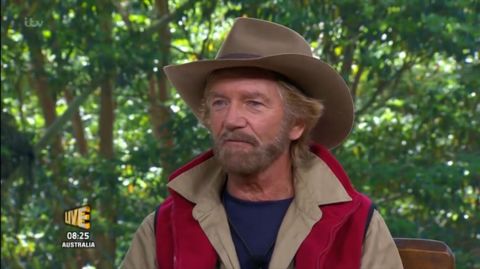 Meanwhile, Noel added that while he’d have loved to stayed in the jungle for longer, he says the support he’s received has been “incredible”.

“To go out in this way with all this noise around it is better than going out second or third or even fourth,” he added. “I’d have loved to have contributed more, I had a few tricks up my sleeve. I am competitive, I always have been. I knew I couldn’t win.”

Liz previously denied that Noel was sending secret messages from the camp after he told Harry Redknapp that he’d painted one of his toenails red to remind himself of Liz and that tapping it on camera was his way of saying he loved her.

When questioned on whether Noel was sending secret messages by Eamonn Holmes on This Morning, Liz replied: “Not that I’m aware, I haven’t seen any. Sorry!”

I’m a Celebrity… Get Me Out of Here! continues tonight (December 2) at 9pm on ITV followed by Extra Camp on ITV2.