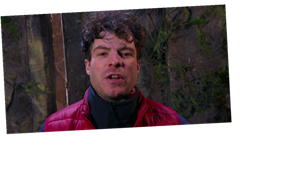 I'm a Celebrity… Get Me Out of Here! stars were left grossed out after AJ Pritchard told them Jordan North "peed on the floor of the privy".

AJ, blamed Jordan as bookmakers suggested the DJ's popularity was dipping with viewers.

Jordan has been a firm favourite to be crowned King of the Castle for a while, but now its been reported that he faces competition from Giovanna Fletcher and Shane Richie.

During the tense moment during Friday's episode, the DJ suggested the toilet needed a clean.

Journalist Victoria Derbyshire said it wasn’t the seat that needed cleaning, it was the wee on the floor.

Television presenter remarked that one of the campmates had really bad aim.

When Jordan left the room, AJ claimed it was him peeing on the floor of the privy, but Victoria said he shouldn't blame him without evidence.

AJ shot back saying he knew it was Jordan, as he explained: "Yesterday, me, Shane and Mo waited around to see after everyone went into the toilet and checked."

Victoria asked: "Did you?!" to which AJ replied: "It really annoyed me because every guy was saying it wasn't them."

Jordan then announced he would clean the privy himself.

Fans watching jumped to Jordan's defence, as one said: "Alright AJ calm down."

"Why is AJ just complaining all the time?", penned a third.

A fourth added: "I don’t know why I said that Shane was b**chy the other day when AJ is worse."

Last night marked the first public vote off, and it was revealed Hollie Arnold was the first celebrity to be leaving the castle.

Speaking to hosts Ant McPartlin and Dec Donnelly after she left, she explained: "I feel like I never really knew what to expect so it was just like go in there and try and enjoy every single moment of it. It was a crazy experience for me."

I'm a Celeb continues tonight at 9pm on ITV.

Dubois vs Joyce FREE: How to watch TONIGHT'S big heavyweight fight without paying a penny