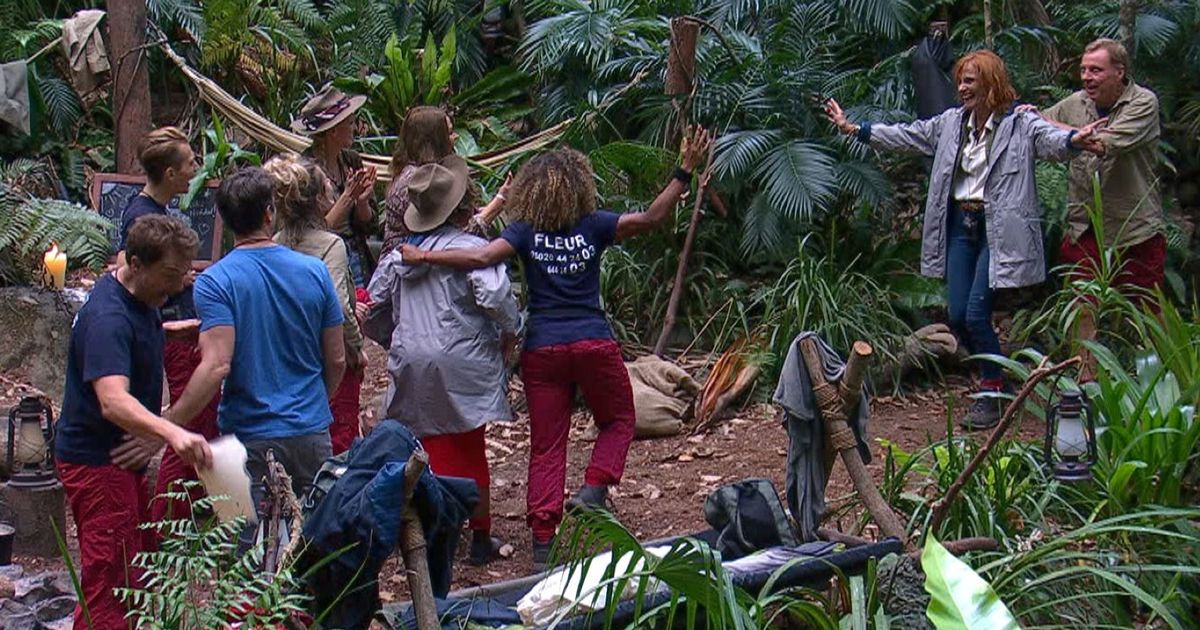 The I’m A Celebrity campmates all get the chance to meet their families, while Emily Atack has a shocking confession for her mum.

After Harry Redknapp has an adorable reunion with his wife, Fleur East’s sister Keshia waited on a bench in the jungle.

"I think I’m so excited, she has no idea that she’s going to see me so I can’t wait to see the look on her face."

Fleur walked down and saw Keshia, hugged her and started to cry.

She said: “I’m overwhelmed with joy, my heart is bursting. I don’t know how I’ve been doing it, tunnel vision, just trying to get through.

"I can’t believe you’re here, I miss you so much, how is everybody?"

Keshia said Fleur has "surprised herself" before she told her sister: “Everyone’s good, Mum and Dad are so happy for you, we’re so happy. Mum can’t even watch some of the trials, she’s such a wuss.

"No one can understand where you’re getting all your strength from, you’ve fully turned into a jungle warrior, a Tarzan. You’ve done so well, we’re so proud of you.”

Fleur told her: “To get this moment here is such a high, I’m so happy, I’m buzzing," before Keshia advised

After this, John’s husband Scott sat in Croc Creek and waited for John to walk back into camp.

He said: “In the 25 years we’ve been together, this is the longest we’ve not spoken. I speak to him every day, apart from a couple of minor rows now and again."

John walked down into camp and saw Scott, he gasped and started to cry and hugged him, saying: "I felt so happy to see him, it was an overwhelming rush of emotion."

The Torchwood star was overwhelmed and continued to cry, as she told his hubby: “Being in here is a challenge, it’s tough, there’s no way you can talk to each other and we all have our moments of crying, when you’re in love and you hug them and stuff” said John.

Scott also sniffed his husband, and say they held a Koala bear recently with his mum, as John joked: “Did you tell her they have chlamydia?!”

Then it was James, as he cried and was shocked when his girlfriend Kirstie sat waiting for him.

She commented on how thin he looked, before telling her how proud their family are.

James then asked a rather odd question, asking: "Having a letter was enough to get me to the end and now this. What’s happening with Brexit?”

It was then Emily’s turn, as her mum Kate told her how well she was doing, as the pair got emotional and cried in camp.

Emily said of the meeting: "My legs nearly gave way, to see her sitting there was the most surreal thing, my heart was in my throat.”

Kate joked that she never realised how "bad" a dancer Emily was, before Emily confessed at how she reckons Harry Redknapp could be a "good father-in-law."

Emily’s mum joked: “Would you like Harry as a father in law?”

The actress replied: “I would! And I’d make a great daughter in law.”

“I genuinely love them all but you’re still alone because as much as they become family, they’re not your real family and there are moments I just want to talk with you.”

After spending time alone with their loved ones, the campmates and guests were introduced to each other in Croc Creek and they taught Sandra how to "floss," as Harry and all the others joined in.

I’m A Celebrity airs at 9pm every day until the grand finale on Sunday on ITV.