Home » TV & Movies » I adored Heartstopper, but it hurts to see the young queer love I couldn't have 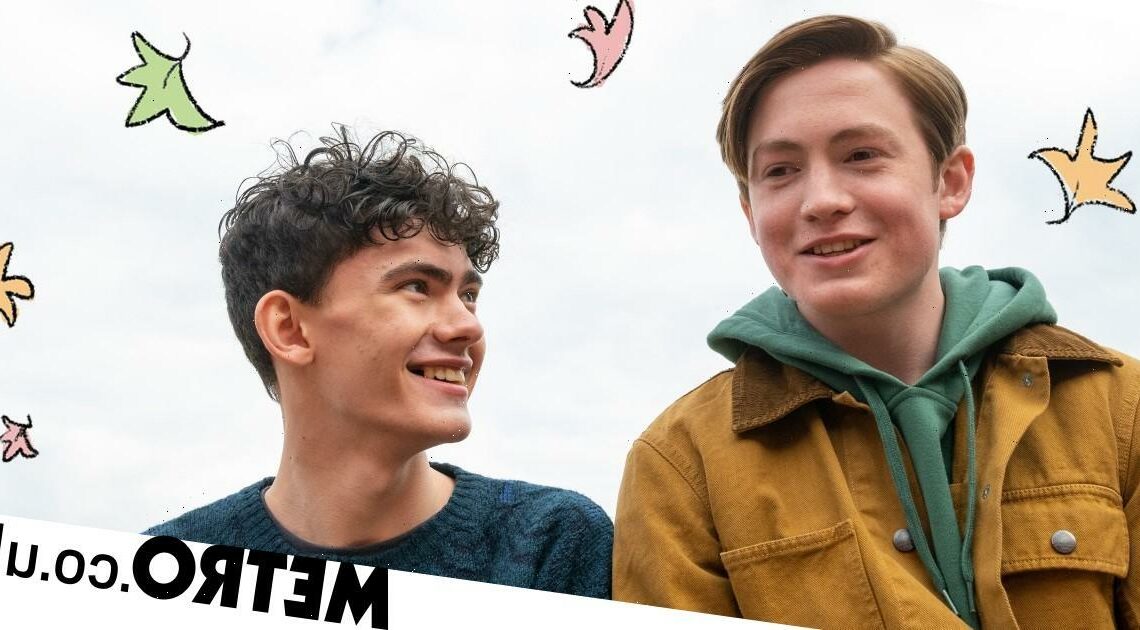 I adored Heartstopper, but it hurts to see the young queer love I couldn't have 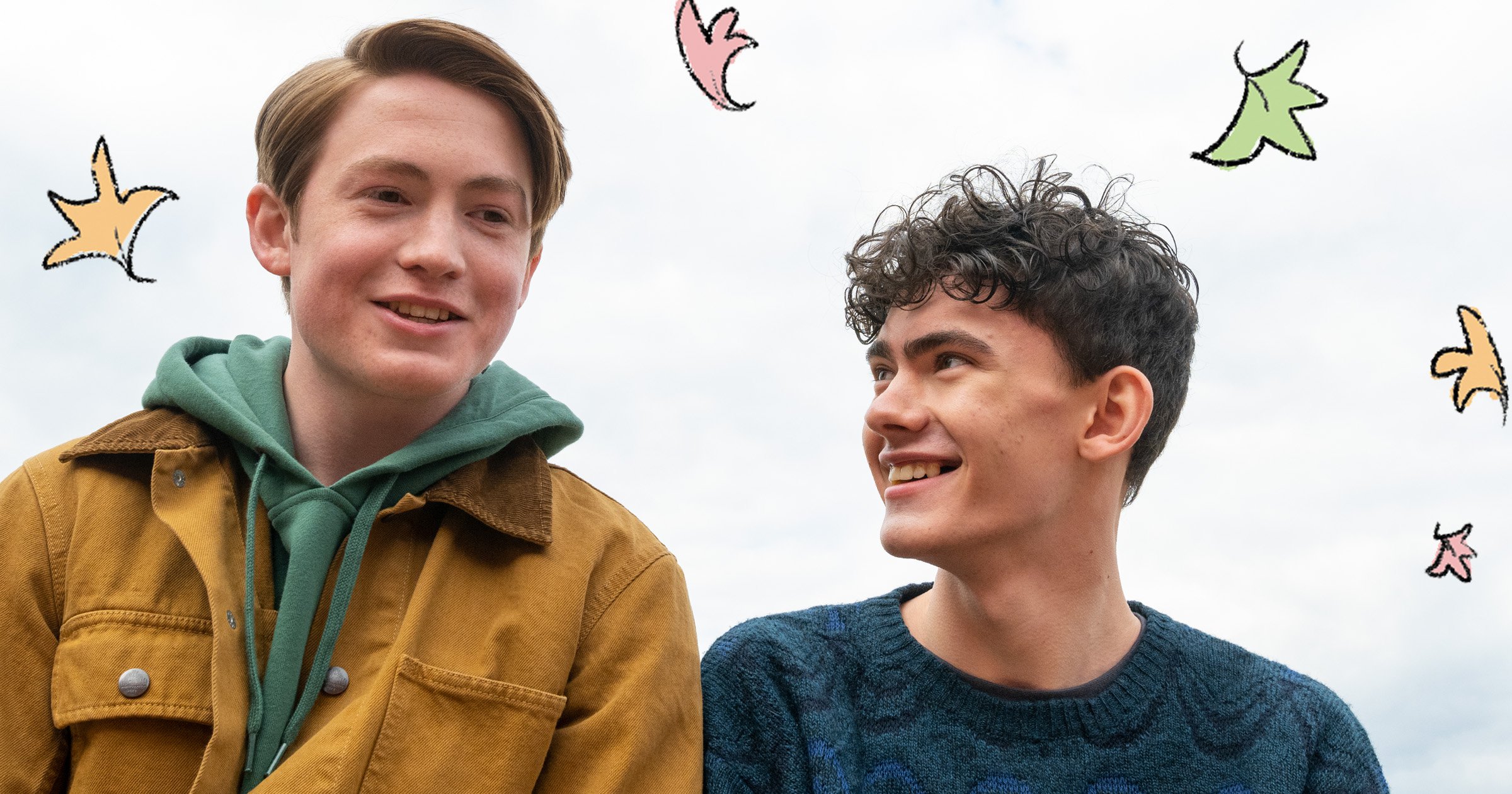 It was a close friend, who to this day has no idea, but there was nothing more important at the time than keeping my feelings for him a secret.

Another 20 years went by before I was actually in my first relationship, and before I first saw anything like the giddy queer romance between two teenagers in Netflix’s Heartstopper.

Seeing this earlier could have encouraged me and other queer people to realise we were worthy of love much sooner.

Heartstopper launched just five days ago, following Nick Nelson and Charlie Spring, two school boys who fall in love, overcoming their shame, fear, and bullies, proudly coming to terms with their own sexualities and becoming able to hold hands in the school corridors like all their other classmates fortunate enough to find their first teenage romance.

Already its impact on LGBTQ+ audiences has been extraordinary.

Just hours after its release, one teenager said they’d used the moment Nick came out as bisexual to his mother (played by Olivia Colman) to come out to their own family.

Others said the scene, which sees Nick’s proud mother reach out her hand and tell her shaking son that she loves him, was the inspiration they needed to follow Nick’s lead.

And whoever you are, there will be something life-changing to take from Heartstopper.

I know that I’ll likely be joined by most LGBTQ+ people old enough to remember queuing up to buy Baby One More Time in thinking; ‘If only I’d had Heartstopper when I was 15.’

Adapted from the series of graphic novels by Alice Oseman, Heartstopper is a story that embraces queerness like no other; it’s hope that all of us will be loved, with a clear message that we shouldn’t have to wait until we’ve flown the nest and found wherever we feel safe until we find the person who will love us back.

But it’s not just the story I wish I’d had growing up, it’s the story of a reality which, like so many others, was never going to be available to me as a queer kid who felt unable to come out.

Before Nick, Charlie has a secret fling with a closeted bully who – despite lusting over Charlie – denies he’s queer. That’s more like the experience I can remember too.

While my friends and I were all coming of age, I watched on as they had their first kiss behind the school tennis courts, and then gleefully dashed back to the playground to tell everyone about it.

As we got older, some lost their virginities and we all celebrated like it was a triumph we were all striving for – to become young adults in serious relationships.

I say, we. I knew that couldn’t happen to me. Not yet, anyway.

Growing up in Stoke, which isn’t famed for its pioneering liberalism, there was absolutely no way I’d be able to share the moment I lost my virginity, had my first kiss or even felt a spark fly when my hand grazed another boy’s like that might have meant something.

Not just because my internal shame would never allow it, but it wasn’t safe.

There was a boy at school who came out when we were 14, which in 2001 was pretty much unthinkable.

Instead, he was tormented by bullies with few people coming to his defense, including me, which is something that regularly haunts me today.

For the LGBTQ+ generation that came before Heartstopper, coming out at school felt impossible, let alone holding hands or kissing someone of the same sex in front everyone else.

But it’s not just the experience of teenage love that wasn’t an option for gay kids like me, it was the joy of sharing it with everyone else who was experiencing it at the same time too.

Once you’ve spent years just about surviving the shame of secrecy, it’s a lifelong battle that sticks, albeit to different degrees, but it never completely goes away.

It’s been almost 15 years since I left Stoke. From there I moved to Bristol and found the friends I would love and grow with for the rest of my life, who would show me what it felt like to be accepted.

But it wasn’t until I moved to London at 26 before I plucked up the courage to ever go on a date, because the closeted teen I spent years being was still there, and probably always will be.

Until not too long ago, I could never have imagined Charlie and Nick’s story even existing, never mind being told with the authenticity, care and promise that you’ll find in Heartstopper.

While so many of us mourn the queer love we never had by watching Nick and Charlie, speak to any LGBTQ+ person today and I’m sure they’ll tell you, ‘thank god the queer kids coming up next have Heartstopper’.

To have your teen years celebrated, or just seen, is a right all of us should have had and Heartstopper shows an essential part of growing up that future queer generations will hopefully always have access to.

For many of us growing up LGBTQ+, the most transformative example of the LGBTQ+ experience on TV was Queer as Folk, which no doubt built our confidence, united us and showed the world just how brilliant the community can be.

It was a game-changer, and will always be the first domino to fall that paved the way for something like Heartstopper to exist today.

But even then it wasn’t without terrifying stories of trauma and tragedy, which made the prospect of becoming a LGBTQ+ adult overwhelmingly daunting.

Now, teenagers, young adults, or anyone at all coming to terms with their sexuality will look ahead with hope that they can find queer love that doesn’t have to be complicated or toxic, and the realisation that not only can can they celebrate their first relationship, others will celebrate with them.

I might not know how that feels but thank god LGBTQ+ kids going forward will.