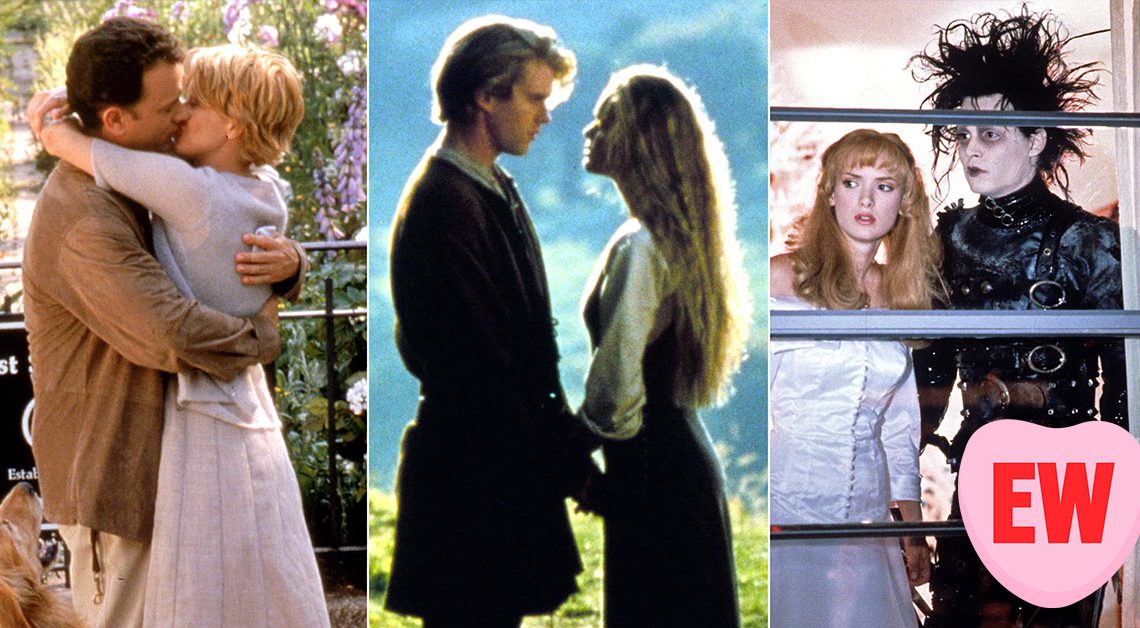 How to determine whether something is or isn't a romantic comedy

Every year, certain as death and taxes, February brings two things: displays of cheap heart-shaped boxes of chocolate and highly flammable stuffed animals at your local CVS, and media coverage of romantic comedies. (Be sure to check out all our #LoveEWStyle features!)

But there’s no single, universally accepted definition for what actually qualifies as a rom-com. In most cases, it follows as a Justice Potter Stewart rule (to paraphrase: “I can’t describe it, but I know it when I see it”), but the lines can get exceedingly blurry. Is The Princess Bride a rom-com? Is Bridesmaids? The Break-Up? (No, no, and yes, but I’ll get to that.)

A disclaimer: There is no official ruling on what is or is not a rom-com. Terminology evolves over time and genres are subjective, especially one as mainstream and popular as the romantic comedy. What I’m presenting here is my own personal approach to applying a tangible system of evaluation to something inherently ephemeral. You will probably disagree on several of my determinations, and I’m sure I will hear all about it on Twitter. Again: This is my personal definition and — although I consider myself something of a rom-comoisseur — what is and isn’t a rom-com isn’t something about which there will ever be one indisputably correct answer.

First, let’s establish that a romantic comedy, or rom-com, is more than the sum of its parts. To be a rom-com, a movie cannot just be a romance and also a comedy. A rom-com is a discrete, unique category for a film.

Fundamentally, a rom-com is any movie in which the film’s primary comedic tension derives from a central romantic relationship. We have two characters who are romantically linked, and that relationship is built or tested through the movie’s shenanigan conceit. A woman falls in love with a man whose (shenanigan!) wedding she’s planning. An immature guy tries to make a relationship with a girl who he (shenanigan!) impregnated during a one-night stand. A girl falls in love with a guy she’s emailing who (shenanigan!) owns the bookstore threatening to shut her store down! Basically, you need three elements: person A, person B, and a shenanigan keeping them apart (or, in the case of enemies who fall in love, a shenanigan bringing them together).

By contrast, examine a movie like The Princess Bride: Undoubtedly, The Princess Bride is a comedy — it’s one of the funniest, most quotable movies of all time. And it’s a romance (“As you wish” — swoon). But as we established, being both a romance and a comedy does not automatically make the film a rom-com.

In The Princess Bride, none of the comedy arises because of tension in Westley (Carey Elwes) and Buttercup’s (Robin Wright) relationship. We’re told from the beginning that their love is perfect and epic and pure. It’s an established fact that they’re meant to be together, and their journey is to physically get back to one another. In a romantic comedy, that journey has to be internal: Two people have to overcome mental or societal obstacles in order to be together, obstacles that challenge their relationship. The Princess Bride is structured more like a quest, like The Odyssey: A man must overcome wacky characters and challenges in order to make it back to the woman he loves. It’s a romance, and a comedy, and also a fantasy and an adventure film, and I would argue that fantasy-adventure is the dominant flavor of the movie over romance.

I concede, it can be a subtle distinction, and that’s why I take a two-prong approach to rom-com qualification: (1) tone and (2) composition.

Does it feel like a rom-com? This is where you trust your gut, and the aesthetic established by touchstone romantic comedies (in the name of the Julia, the Kate, and the holy Ephron). Is there a feeling of aspirational lightheartedness? Does a someone work in media but live in an inexplicably massive apartment? Is the title sequence establishing shots of New York City played under a catchy song?

Movies like The Devil Wears Prada and Miss Congeniality certainly feel like rom-coms: They have the makeover, the perfect wardrobe, the happy ending. But in both cases, the woman’s primary conflict (and the conflict from which comedy arises) is a challenge in her career, not her romantic relationship. Basically, every single movie has a love interest or a romantic B-plot, but that doesn’t make it a romantic comedy. The relationship isn’t essential to the plot in either movie. You could remove Benjamin Bratt’s character in Miss Congeniality and Andy’s (Anne Hathaway) douchey, grilled cheese-making boyfriend, Nate (Adrian Grenier), and the integrity of each movie would remain intact.

The same is true for Warner (Matthew Davis) in Legally Blonde. Elle’s (Reese Witherspoon) primary conflict is her future career. You could argue that Warner is the main love interest and Elle’s conflict is trying to win him back, but I would argue that that plotline is dismissed by the end of the movie’s first act. As soon as Elle gets her internship, she stops caring about Warner and he never becomes a source of conflict — comedic or otherwise — again. Thus, it’s NOT A ROM-COM.

So even if a movie feels like a rom-com, you have to weigh tone against…

When you’ve decided how a movie scores when it comes to tone and composition, it’s up to you and your judgment to decide whether or not it’s a rom-com. To go back to The Princess Bride, tonally, it doesn’t feel like a romantic comedy. In terms of composition, it does a bit better — Chris Sarandon’s Prince Humperdinck can be seen as the disposable fiancé, and a princess makeover is pretty rom-com — but it still doesn’t follow anything close to a rom-com arc. So my judgment call is no, it doesn’t qualify.

Here are a few tricky case studies to help you along:

Bridesmaids (2011): Even though tonally it feels like a rom-com, the film’s central conflict isn’t romantic. There’s a B-plot with the police officer (Chris O’Dowd), but the main tension exists between Annie (Kristen Wiig) and Helen (Rose Byrne), who has stepped in to serve as Lillian’s (Maya Rudolph) maid of honor. If Annie and Helen had realized they were actually in love with each other, this would be a different story, but no, it’s a movie about friendship and female competition, and my final ruling is this is NOT A ROM-COM.

Edward Scissorhands (1990): Tonally it doesn’t really feel like a rom-com, but the structure totally qualifies it as such. Kim (Winona Ryder) is dating a disposable fiancé (a—hole jock Jim, played by Anthony Michael Hall) and falls for a man she can’t be with because he has scissors for hands. Classic rom-com. You might weigh that and conclude the low tone score outweighs the points for structure; I would disagree. My verdict is that this is a ROM-COM.

Love Actually (2003): Although some of the mini-stories adhere to the classic rom-com arc more than others, the entire film has such an overwhelming tone of rom-com that it definitely qualifies as a ROM-COM.

The Notebook (2004): Feels tonally a little like a romantic comedy because people make hacky jokes about not wanting to watch it with their girlfriends, but again, not a comedy. It’s just a romance movie and is NOT A ROM-COM.

Some things to remember as you go out into the world as a pedant:

Consider this handy guide a starting point to making your own determinations. Movies are most enjoyable when they can be debated and disagreed on, so even though I just wrote a manifesto on what is or isn’t a romantic comedy, that doesn’t mean I’m necessarily right. (I’m right.)