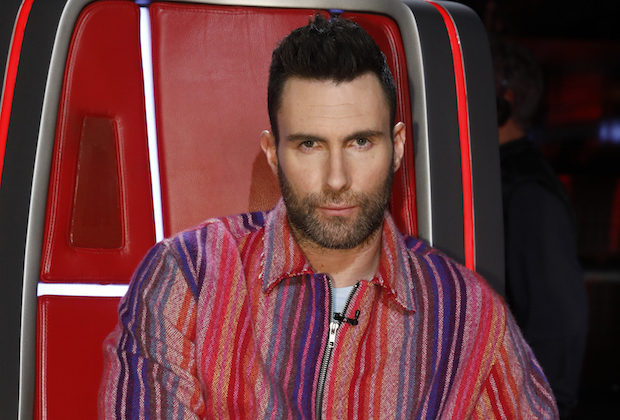 After The Voice’s Adam Levine issued a heartfelt plea to viewers Tuesday to vote an ailing Reagan Strange into Season 15’s Semifinals — and dismissed with faint praise his other at-risk team member, DeAndre Nico — the Twitterverse exploded in #AdamSucks hashtags. We had some feelings about it, too (as, your comments suggested, did you). Later, though, we realized… it didn’t have to go down that way. Like, at all.

The whole debacle could have been avoided if only the series had had in place a rule stating that, if a contestant can’t go on, they’ve gotta go. Done. Finito. And we get it — that sounds harsh (and maybe it is). But that’s showbiz. The Voice is a singing competition. If a singer can’t sing, they can’t compete. Period.

If nothing else, such a rule would be — unlike, say, Adam — fair and impartial. And had such a rule been in effect Tuesday, he wouldn’t have felt compelled to, as he put it, “fight for [his] girl” to the detriment of DeAndre, whose big shortcoming seemed to be that he didn’t remind his coach of his daughters. Instead, Adam could have given credit where it was due to DeAndre and done what the panel has with so many eliminated contestants, and reassured Reagan that her career needn’t end with The Voice.

What do you think? Would you be in favor of a hit-the-stage-or-hit-the-road rule? And, aside from Adam having more foresight and consideration, is there another way that this infuriating mess could have been avoided?