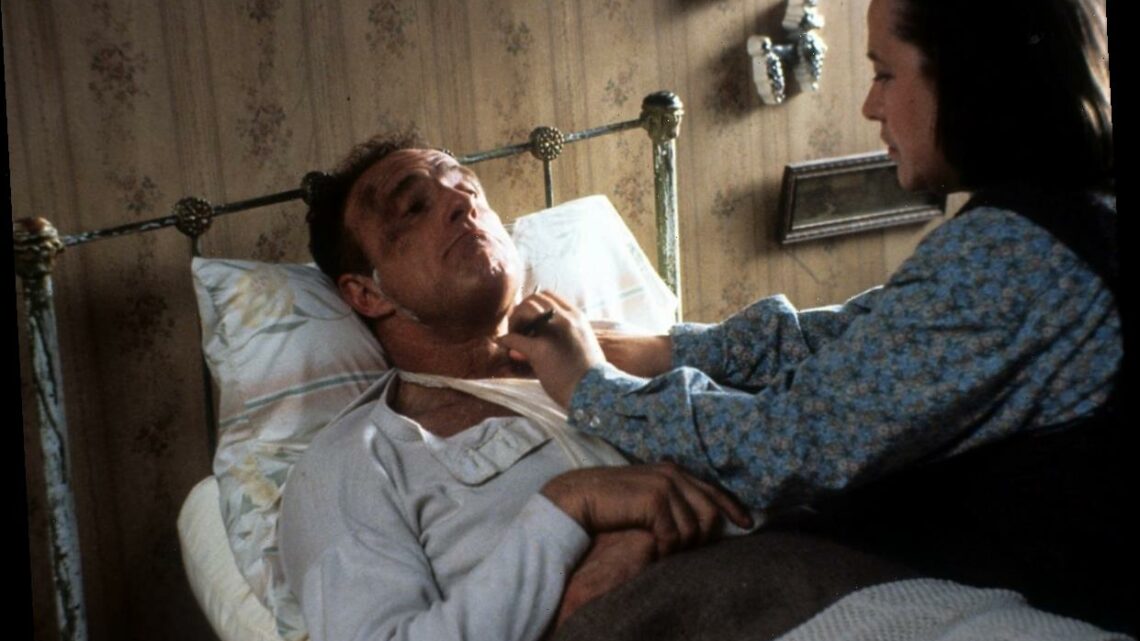 How the Film Crew Created the Cringe-Worthy Sledgehammer Scene in ‘Misery,’ According to ‘The Walking Dead’ Special Effects Pro Greg Nicotero

Misery is the thrilling classic horror movie based on the Stephen King novel of the same name. The film features an unforgettable scene involving a bestselling author, a deranged fan, and a sledgehammer. Here’s how special effects guru Greg Nicotero says they pulled off the cringe-worthy visual trick.

Eli Roth’s History of Horror is the AMC documentary series that explores the nuances of the horror film genre. Season 2 episode 1, “Houses of Hell,” dives into scary stories that unfold almost entirely within the walls of homes.

Misery plays out at the remote home of literature aficionado Annie Wilkes. She happens upon the aftermath of a car accident and rescues the driver, who, coincidentally, is her favorite novelist, Paul Sheldon.

Paul is battered and bruised from the crash, and Annie kindly begins to nurse him back to health. Things get very hairy very quickly after Annie realizes that Paul intends to kill her favorite book character, Misery.

In an irrational rage, Annie holds Paul captive and forces him to rewrite his latest novel. What’s more, she terrorizes and physically abuses the helpless man. In a particularly gruesome act, she breaks his ankles with a sledgehammer to absolutely incapacitate him.

The “hobbling” sequence is one of the most iconic in the film, and it stands out as a remarkably realistic special effect.

Horror buffs recognize Nicotero as a special effects pro who has pulled off amazing visual tricks. While many TV fans recognize his work as an art department crew member and director on The Walking Dead, the expert has a long list of behind-the-scenes credits, including his gig on the crew of Misery. Nicotero described the process by which the director, Rob Reiner, and his production team executed the sledgehammer scene in the movie.

So, the way that we designed that scene, we made these fake legs out of gelatin with PVC pipe in them, with hinges in the ankle. And we had cable on them so that we could pull the cable when she swings the sledgehammer.

You know, if you watch the way that that scene is edited together, you see she hefts up the sledgehammer. So, you know it’s a real sledgehammer. We never used a rubber sledgehammer. It was always real. So, you can see it took some effort.