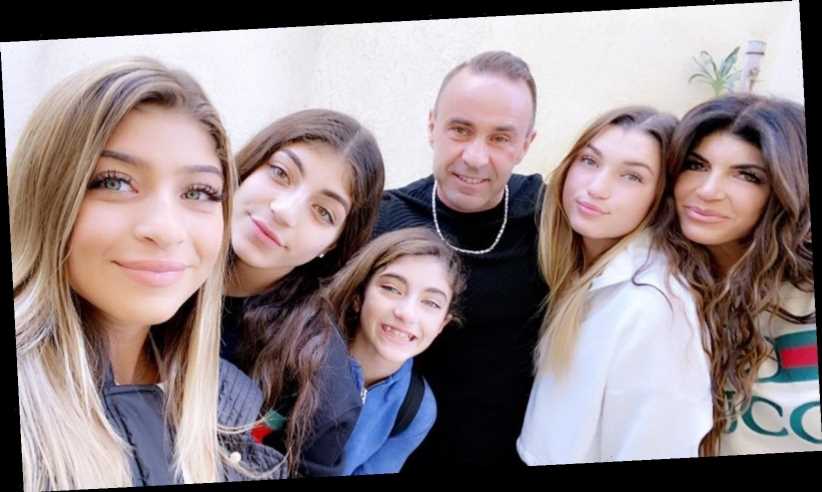 How Teresa Giudice’s daughters really feel about her new relationship

Daughters may be the toughest critics when it comes to their parents’ new partners, but luckily, Teresa Giudice’s girls totally approve of her new love, Luis “Louie” Ruelas. “They’ve all met Louie and they like him,” a source told In Touch Weekly on Nov. 11, 2020. The Real Housewives of New Jersey star’s new relationship was confirmed by Page Six the same month, and so far, things are looking good for the couple and their relationship with Teresa’s four daughters — Gia, Gabriella, Milania, and Audriana Giudice.

Before falling “madly in love with Louie,” Teresa was in the process of getting divorced from her husband of 20 years, Joe Giudice. The couple started to experience marital issues following Joe’s trouble with the law and eventual deportation back to his home country of Italy. The co-parents separated in December 2019 and later finalized their divorce in September 2020, according to The Daily Dish. “Even their daughters knew it was coming,” another source told In Touch at the time.

Keep scrolling for more details about what Teresa’s daughters really think of their mom’s new man.

While divorce is never easy, Teresa Giudice’s daughters are excited their mom found happiness, even if it’s not with their father, Joe Giudice. “Her daughters miss their dad, [but] they all think it’s great that their mom is happy,” an insider told In Touch. The New Jersey native may say “she’s taking it slow” with her new man, but we think we can all agree that she’s waited long enough to find love.

“Out of respect for her girls and Joe, she waited until her divorce was final to say anything,” the source told the outlet, seemingly hinting the couple may not be as new as we thought. Now that the documents are signed, sealed and delivered, Teresa is “putting her old life with Joe in the past so she can move forward.”

It looks like Teresa isn’t the only one who has moved on. During an October 2020 appearance on The Wendy Williams Show, Joe revealed he’s “actually seeing a lawyer” since relocating to Italy, per Reality Tea. At the time, he said they weren’t “boyfriend and girlfriend,” but were “hanging out a lot.” Although Joe hasn’t commented on Teresa’s new romance, he told E! News he didn’t expect her to wait for him. “What’s she going to do, stay alone forever?” he told the outlet. “That’s not fair as well.”

Despite what happened in the past, it seems like Teresa is happy now and so are her daughters.

Obsessed! This V-Neck Tunic Is Basically an Elevated Sweatshirt

Louise Minchin speaks out on what ‘propels’ her out out of bed for BBC Breakfast at 3.40am
World News