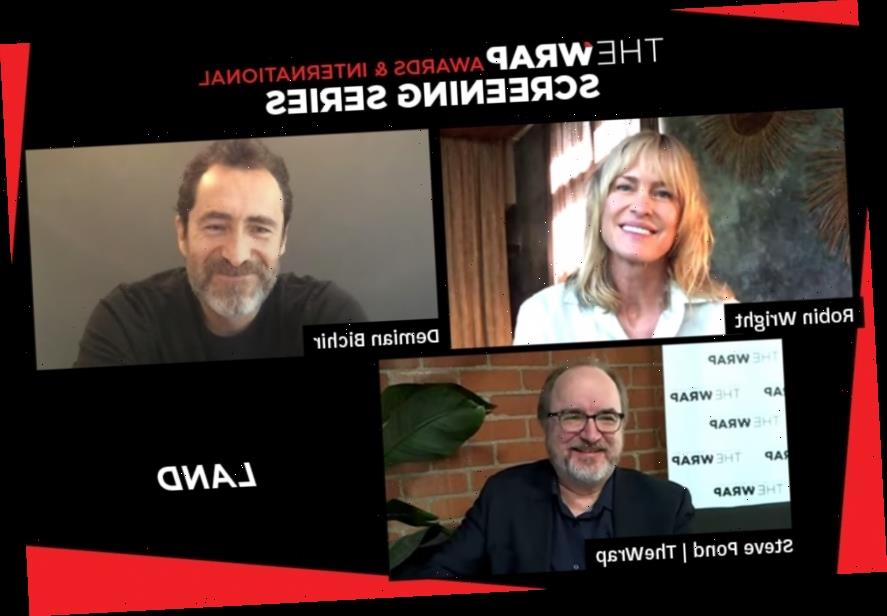 “I didn’t think I could do it. And then the years go by and you start imagining yourself being in that seat,” actress and director says

Having completed her debut film “Land,” Robin Wright said it wasn’t until very recently that she actually found confidence as a director.

Wright had previously helmed a few episodes of her Netflix series “House of Cards,” which she compared to a “mini cinema school” that allowed her to learn on the job. That, coupled with her decades of experience as an actress, made her finally feel ready to step behind the camera for her first feature film.

“I didn’t think I could do it. And then the years go by and you start imagining yourself being in that seat,” Wright told TheWrap’s Steve Pond on Friday. “You just start compiling confidence. When I was on ‘House of Cards,’ that was a real gift because I said I think I’m ready to do it, and the crew and production encouraged me to do it. And there were so many seasoned veterans I had as my backbone.”

Wright was joined in a panel discussion Friday with her “Land” co-star Demian Bichir, who said Wright had an innate gift for working with actors. He compared her to some of his other recent directors — including George Clooney and Quentin Tarantino — and added that he felt especially drawn to “Land” knowing it would be Wright’s first feature.

“I believe that actor-directors, they know exactly what actors love and hate, and that’s extra clear. We all know that we like things simple, we don’t have to complicate unnecessarily,” Bichir said. “They know what we need to create, to perform. They provide the best tools, whatever you need to perform your best. They just watch us like a proud mother to their kids playing on the ground.”

Wright said she spent years “observing and cataloguing” how directors give notes to actors, which helped her guide Bichir and the rest of her “Land” cast.

“In that catalog along the years, I’ve kept so many notes of things that I never want to do that were done to me, and really cognitively focusing on, OK, I want to be able to give that actor something playable. Give them a playable verb. Don’t just say, ‘Can you walk into the room and have more energy next time?’” Wright explained. “Give some semblance of story around the note, because that’s what actors do so beautifully. They take that note and they create in their imagination that version of a take, and it’s just so beautiful to watch the evolution happen.”

Bichir joked that Wright most commonly had to tell him to stop talking to bears and squirrels when they were shooting in the wilderness, but the rest came naturally.

“It was very, very easy. We didn’t need to talk much. It was an instant connection,” he said. “Just by looking into each other’s eyes, we knew what we wanted to do.”

“Land” is the story of a grieving woman who retreats to a remote cabin in the woods to escape from herself and start over. But when she nearly dies battling the elements, she forms a mutual bond with a rustic man who has experienced his own loss and grief.

The film was shot over the course of just 29 days, and financing came together so quickly that it was almost a last-minute decision for Wright to direct herself in the lead role. But her biggest concerns were not with her own performance, but with battling the weather and dealing with an ever-changing schedule to complete the film in time. Bichir said it was heartening to see how, in that short time, Wright blossomed into her new role behind the camera.

“That’s probably one of the most beautiful things that I had the chance to witness, how this new ‘fish in a tank’ was just swimming like she’s done it all her life,” Bichir said. “To command such a large group of different human beings, you need to be generous and smart and kind, and it was really great how everybody expected that. And by respecting that leadership, they trust her 100%, and she carried this ship to a happy, beautiful destination.”

Check out TheWrap’s full interview with Robin Wright and Demian Bichir on behalf of “Land” here and above.

Where can I watch the Billie Eilish documentary?
World News