When it was announced that Isabelle Fuhrman would return to her role as the terrifying Esther/Leena in the new prequel First Kill, everyone asked the same question – how?

The frankly terrifying films follow a 33-year-old woman (Isabelle) who has a pituitary disorder that causes her to be a proportional dwarf, and results in her tricking a family into thinking she is a child.

When she filmed the first horror instalment, released in 2009, Isabelle was 10. Returning to the role with filming beginning in 2020, she was 23. As Isabelle, co-star Julia Stiles, and director William Brent Bell explained, it wasn’t an easy feat and took everything from voice coaching and camera trickery to some pretty horrifying failed experiments to bring Esther back.

Asked if she took any convincing to return to the role, Isabelle explained to Metro.co.uk: ‘I think it [was more] me convincing the studio I could do it.

‘You think about it – it’s a pretty big age gap. I was 10 when I filmed the first one to 23 when we filmed this one two years ago. I remember, as much as I was sure and wanted to come back and do it, that there were even moments where I was doubting whether or not we would be to make it happen.’

She explained that it was director William who believed in her and convinced the studio that they could do it. 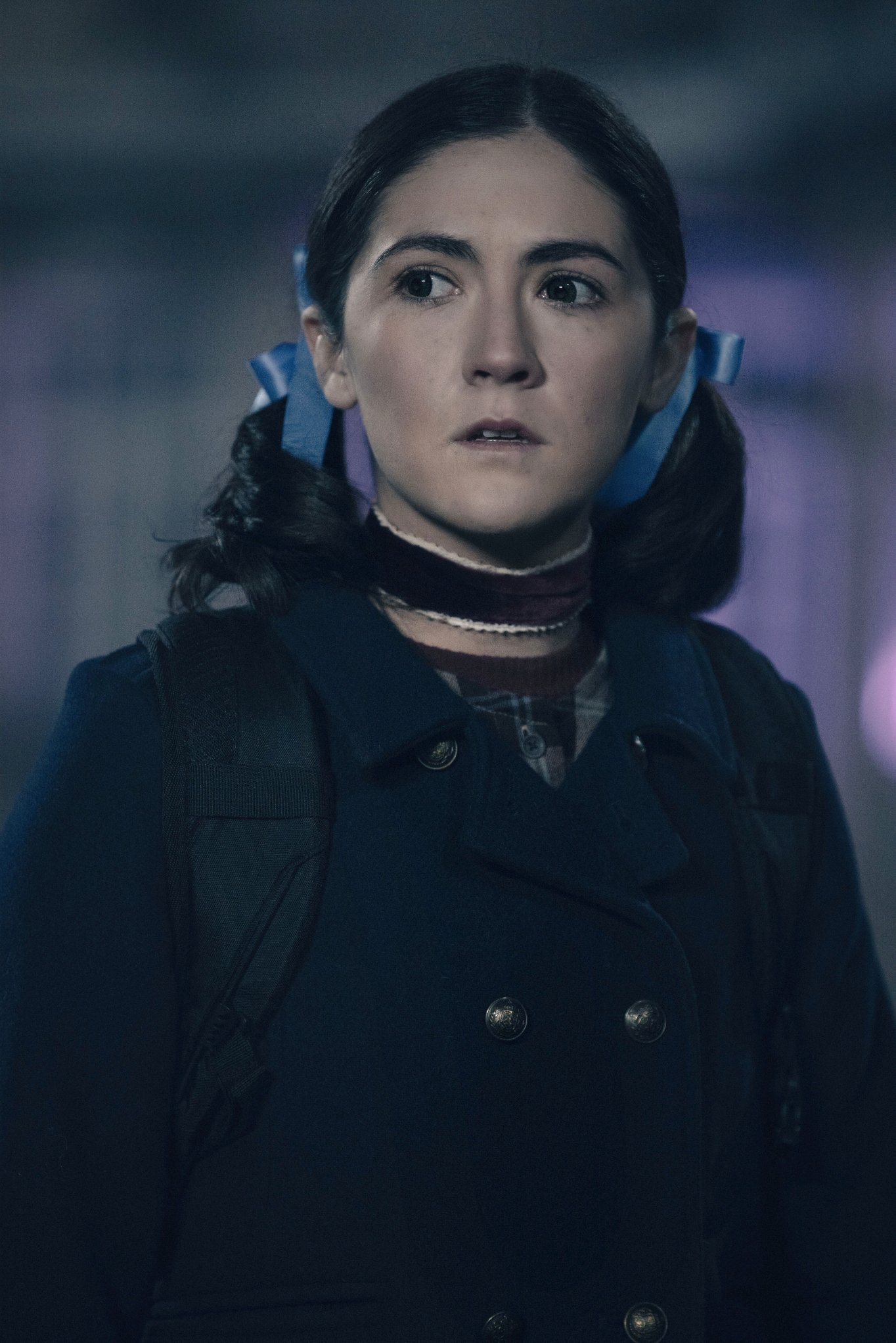 ‘We did a camera test in Los Angeles before deciding whether or not I’d be able to come back where we tried prosthetics and different lighting set-ups and different tricks to make me look smaller and it was really that that sold everyone. For me, it was a no-brainer. I was really excited to revisit this role and the script was just so good too.’

Elaborating on the process, director William recalled: ‘To shoot the movie, we used a lot of tricks I think they would have used in Lord Of the Rings or tricks that they’ve been using since the beginning of filmmaking to make an older actress look middle-aged, maybe. It’s beauty lighting and different lenses, and camera angles too.

‘[Isabelle] had her voice coach…and her being able to do the movie, that in and of itself was a process of a lot of testing, a lot of photo shoot testing and camera tests and a lot of ideas that ended up not working and ideas that worked better than we expected.

‘It was super challenging. Every shot was a magic trick.’

He added: ‘Even in a scene that seems normal, if she’s holding a spoon, it has to be a spoon that’s a different size, right? Little things like that. Bigger things were when she’s moving a lot. How do we move her around? We had a lot of different techniques – these little buggies that she would get pushed around in and she’d have to pretend to be walking. But it didn’t work.

‘She ended up walking around kind of squatted down a lot and it was just so much better because she could walk at her own rhythm. And with the right editing, you can’t tell. It was just very hard on her – very hard on her thighs!’

Recalling one slightly terrifying failed experiment, William revealed: ‘One thing we tried was a flesh mask – and if you’ve seen these flesh masks, they look absolutely incredible. As long as there’s not any movement or talking, they look photo real. From a distance, the plan was to use that on a body double. When the double came out with this Esther head on, it was just horrifying – in a bad way!’

It wasn’t just Isabelle and William who found it challenging either. Julia, who joins the cast for the prequel, revealed: ‘I’d have to wear giant platform boots that we called the Gene Simmons boots and they kept getting bigger and making me feel even more awkward and weird.

‘And doing scenes with Isabelle where she’d have to be like squatting down and sitting in a chair with wheels – it was distracting and hilarious at the time but we managed to get used to it and not let it throw us too much but it was pretty funny.’

Upcoming instalment Orphan: First Kill is a prequel to the 2009 horror, starring Isabelle and Julia alongside Rossif Sutherland.

A synopsis reads: ‘Escaping from the psychiatric facility that housed her, Esther hides in plain sight by assuming the identity of a missing American child whose mother (Julia) is matriarch to one of the wealthiest families in the United States.

‘Will Esther’s thirst for blood destroy the strong family ties or will she discover that even a mother will cross the line to protect her family?’