Home » TV & Movies » How old is Coleen Nolan, what happened on Loose Women with Kim Woodburn and what else has the ex singer appeared on? 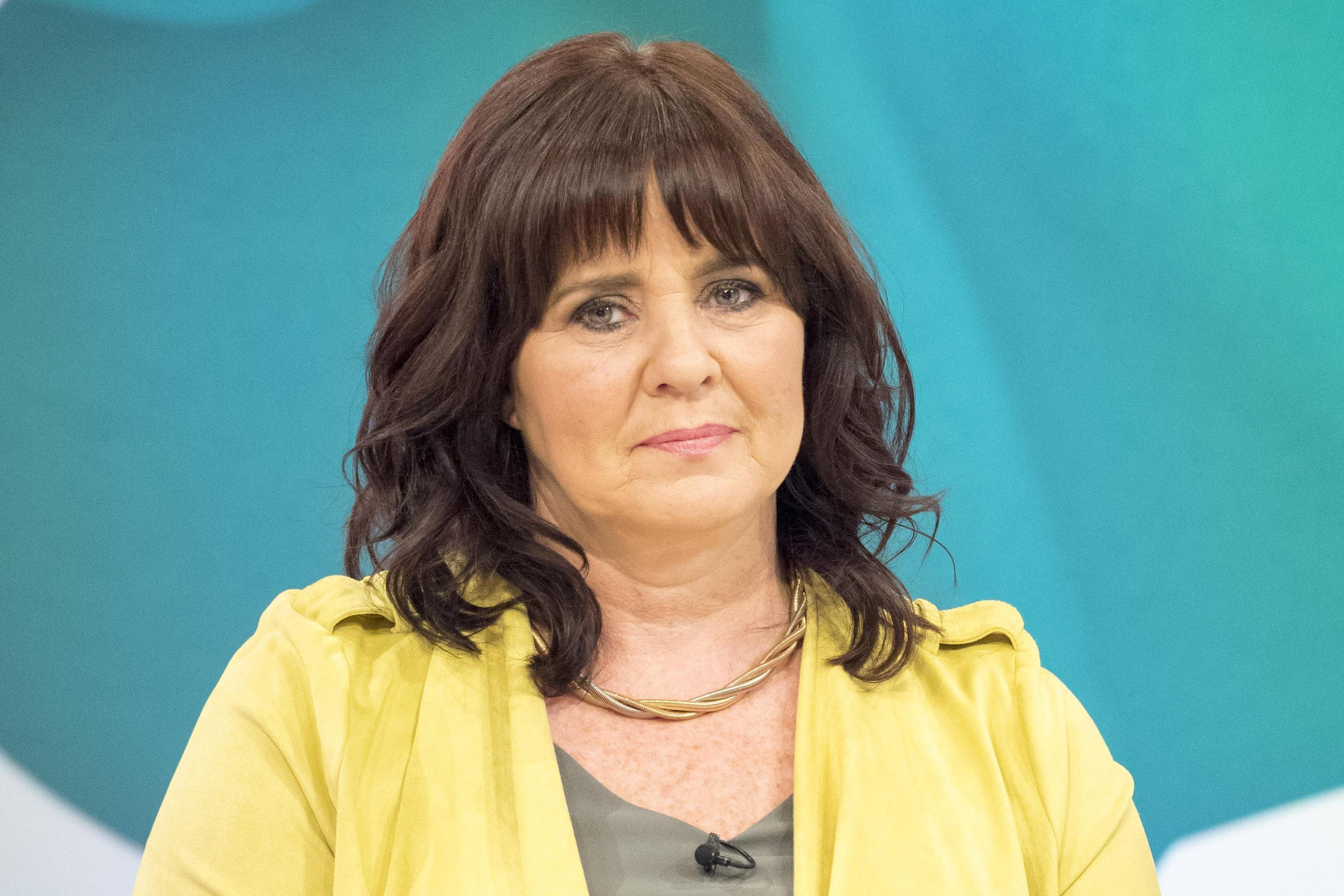 How old is Coleen Nolan, what happened on Loose Women with Kim Woodburn and what else has the ex singer appeared on?

After originally finding fame as a singer with her sisters in girl group The Nolans, she's consistently proved to be a witty, much-loved and sometimes controversial panellist on the lunchtime programme. 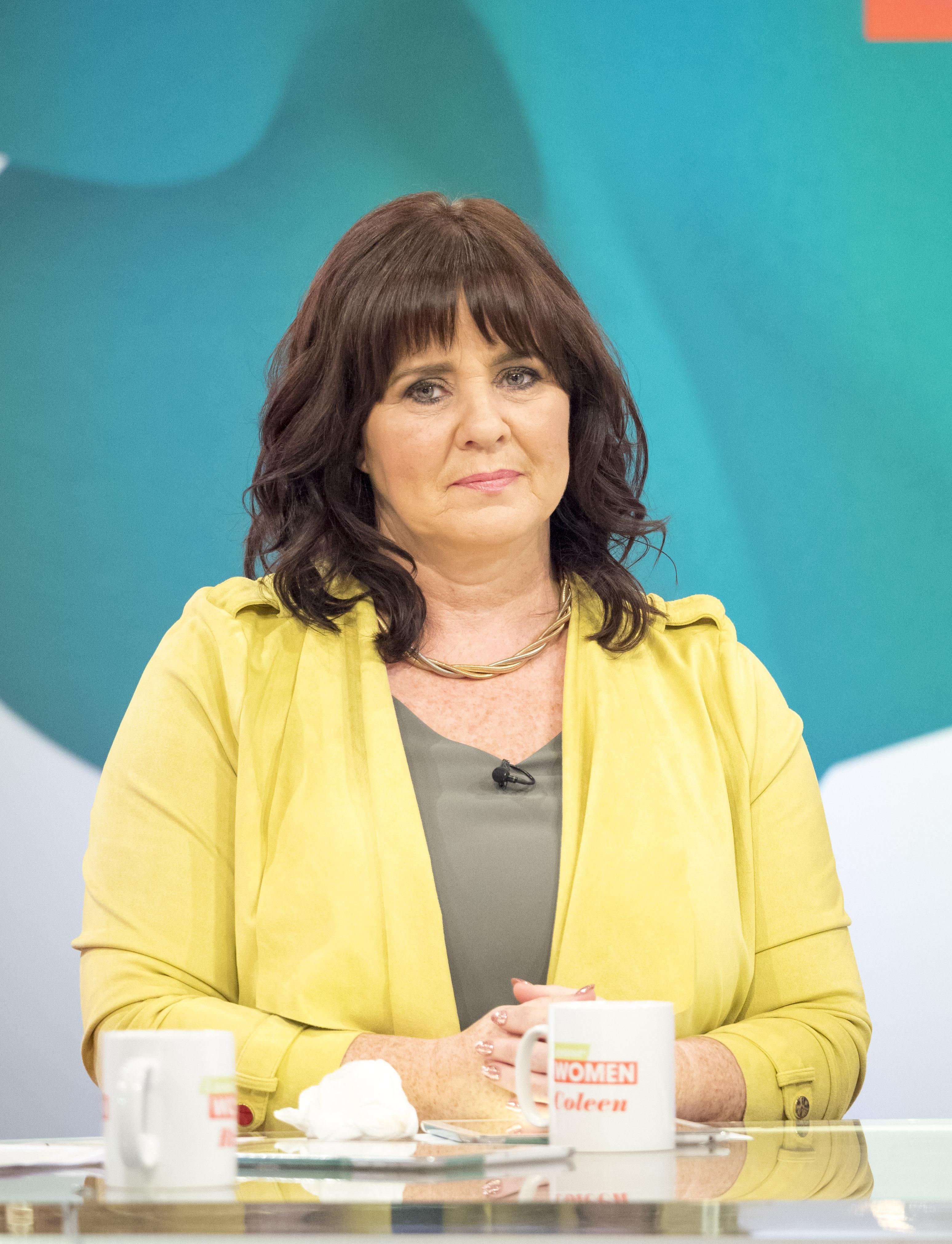 Where is Coleen from and who are The Nolans?

Coleen was born in the Lancashire town of Blackpool in 1965 and is one of eight children.

She is the youngest sister of the bunch and is now aged 53.

She joined forces with her female siblings for pop power group The Nolans.

They started life as The Nolan Sisters, before changing their name in 1980.

These included Attention To Me, Who's Gonna Rock You and Chemistry.

Anne – who was replaced by Coleen – then returned to the group in 1982 before Linda left the following year.

They disbanded in 2005 yet four years later, Maureen, Linda, Bernie and Coleen again joined forces for a 25-date tour. 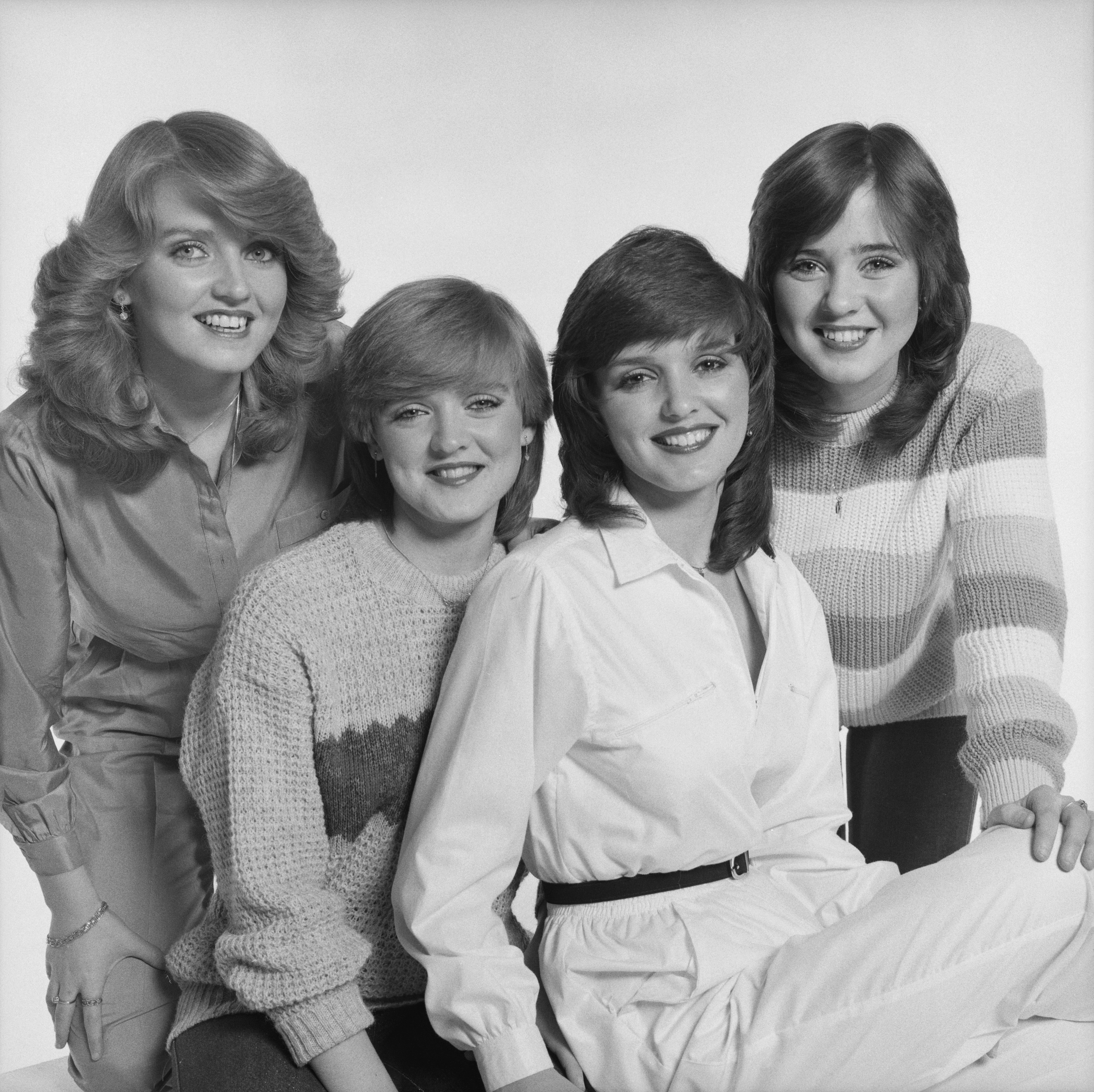 When did Coleen's sister Bernie die of cancer?

Bernie was just 52 when she lost her battle with cancer in 2013 leaving behind husband Steve and daughter Erin.

Coleen and older sister Linda got together on Loose Women to share their memories of their sibling.

Just two days after the sad news that comedienne Caroline Aherne lost her battle with cancer at the same age as Bernie, Linda and Coleen struggled to hold back tears as they spoke about their sister, who they said was “always the life and soul of the party”.

Does Coleen have a secret half-sister?

Coleen was in her twenties when she discovered her dad had fathered another child while he was still married to her mum – but she’s never managed to find her sibling and fears she could be dead.

Speaking to Best magazine about her search, she revealed: “We think the woman may have given her baby up for adoption.

“Or perhaps she’s out there, and has no idea about us. Worse, maybe she’s died.” 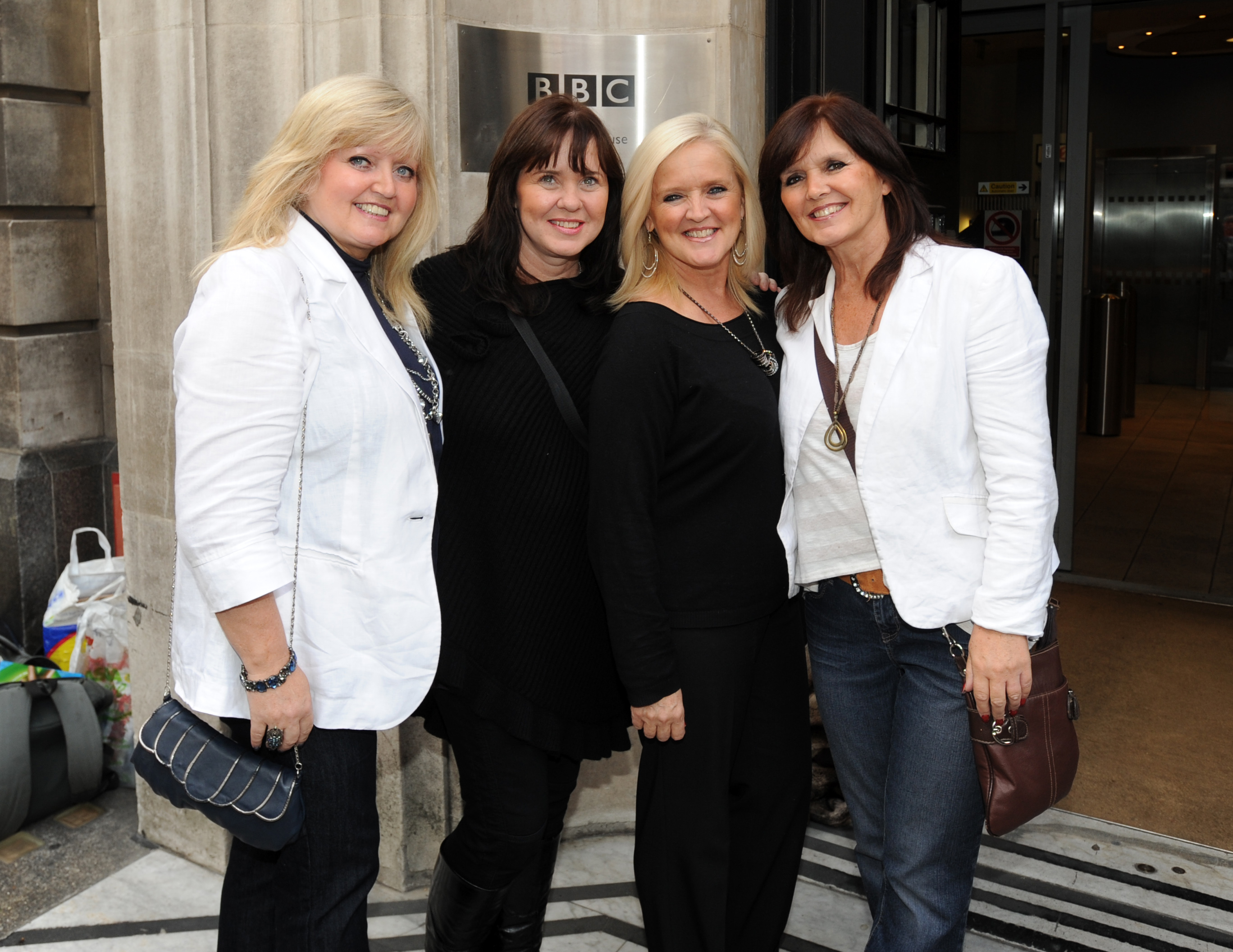 What other TV shows has Coleen been involved in?

Between 2001 and 2002 she presented This Morning with John Leslie.

Coleen returned to This Morning in 2016 as their interim agony aunt.

Coleen has announced a solo singing tour that'll see her performing around the UK as a solo act.

Coleen told The Mirror: “The tour is a step to being independent for the first time in my life, and not being the baby.”

This will be the first time Coleen has sung in public for a decade, after last hitting the road with her sisters Bernie, Linda and Maureen in 2009.

Coleen added: “If Bernie was alive, it wouldn’t have ever crossed my mind to do it on my own. We would probably do another Nolans tour.

“The great British public always seem to have my back and, by God, I love them for it.”

Coleen entered Celebrity Big Brother back in 2012 and her popularity with the public was clear as she was declared runner-up.

However she went one better in 2017 when she returned to the house for the All-Star series, after she was crowned the winner.

In 2018, Coleen was the first woman announced to head the line-up for The Real Full Monty to raise awareness of cancer. 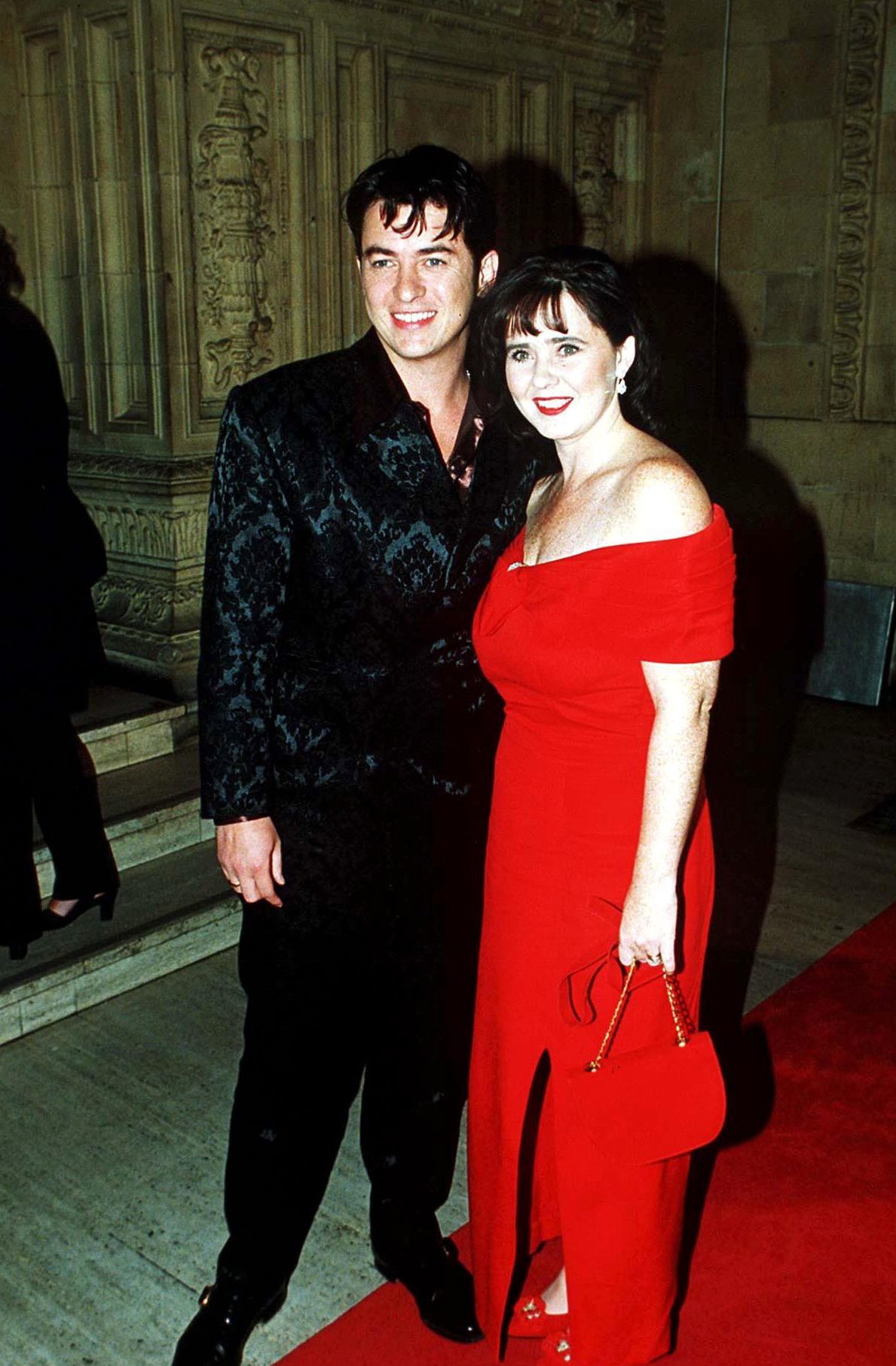 Is Coleen divorcing Ray Fensome and who are her former partners?

Coleen got hitched to ex EastEnders actor Shane Richie, 53, in 1990, but they split in 1997 when she discovered he had been cheating.

Speaking on the ITV show Loose Women, she recalled: “After two years of finding things out and getting back together, the thing that got me was when the girl he was seeing’s mum phoned and said, ‘Do you know where Shane is?’”

After replying that he was on a work trip, the woman replied: “No, he’s on holiday with my daughter."

She married second husband Ray in 2007 but announced in February this year that they were getting divorced.

Coleen has spoken openly about the problems she has suffered in her marriage, and has finally decided to call time in an attempt to be happy again.

Coleen's CBB stint in 2017 was said to be part of a forced trial separation to save their marriage.

What happened on Loose Women with Kim Woodburn?

Coleen and Kim Woodburn have had a feud since they starred in Celebrity Big Brother's 2017 series.

Kim was invited on Loose Women and ended up storming off crying on August 29, 2018.

The dramatic moment began when Kim started crying while speaking about her "brutal childhood" while discussing her feelings about Coleen and their time in the CBB house.

Kim explained how all of her negative childhood memories came flooding back when she was on the show.

She said: "I can't describe what I went through. I went in that house and all the memories of those years came back with the bullying they were doing to me.

"I was very upset in that house but I pretended I wasn't. They picked on me."

However, when Coleen's sister Linda interrupted her a couple of times saying "We know, we've heard it." and asking why she didn't leave the house if she was bullied, Kim exclaimed that she needed the money.

Linda later called Kim "talentless" and cracking under the pressure, Kim confessed that she didn't even want to go on Loose Women, but she was "paid a great deal of money".

She walked off the stage shouting: "I wouldn't want to sit and talk with lying trash. She is a horrible person. You are trash, you're a piece of filth."

Kim has since demanded that Coleen Nolan is sacked from the daytime show, which some fans have started a petition for.

Boxing Day 2018 beauty sales: the best deals to look out for on December 26th
World News