It’s 2005, and as a middle schooler, there are few places to feel seen the way you want to be: an attractive young adult, with agency, value, and $40 to spend on a T-shirt.

Enter affordable Ralph Lauren meets Calvin Klein mash-up Abercrombie & Fitch, the rebranding of a safari-wearing, gun-slinging empire where Theodore Roosevelt and Ernest Hemingway once shopped. Retrofit the brand for 1990s mall culture, and it’s as though America itself is reborn, warts and all.

Selling an aspirational lifestyle for A&F was an understatement — the pulsing club music, dark shuttered windows, shirtless jean-clad male models, and a strong signature cologne packaged the promise of meeting an attainable celebrity crush and walking away with their scent lingering on your skin. Buying something was akin to buying into a new you, but as it turns out, only certain customers were deemed worthy of the brand’s “all-American” message.

“I was immediately taken with how, when I would talk with people about Abercrombie & Fitch, immediately people were sharing these really personal, identity-based stories,” director Alison Klayman (“Jagged”) said. “I had lived it, I knew it had loomed large in the culture. I could see how much this brand awakened peoples’ own personal storytelling and identity formation.” 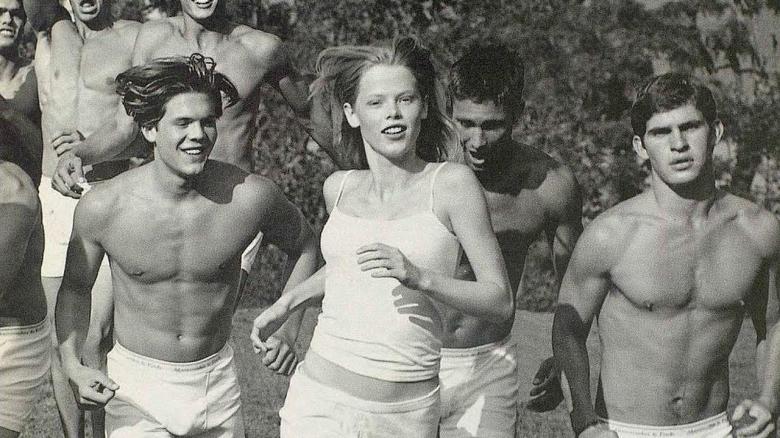 “White Hot: The Rise and Fall of Abercrombie & Fitch”

The proudly exclusionary Abercrombie & Fitch was later slapped with a series of discrimination lawsuits based on its hiring practices, and longtime brand photographer Bruce Weber was accused of sexual assault from male models. L Brands, A&F’s parent company, was also at the center of the Jeffrey Epstein sex trafficking scandal after CEO and founder Les Wexner was discovered to have allegedly supplied Victoria’s Secret models to Epstein’s parties.

“I was kind of shocked at how much it took these abstract negative forces in society and systemized it,” Klayman continued. “You could really tell a story of the system and make things concrete — structural systemic racism, beauty standards — something that feels in the air but clearly affects all of us, and in the case of Abercrombie, it’s really a story of top-down reinforcement of things that exist in society and are weaponized and used for their gain.”

Former CEO Mike Jeffries micromanaged the A&F “look” for 18-to-22-year-olds, as well as measured how much torso should be visible with low-rise denim. The brand was decided to be more “golden retrievers and Jeeps,” as the documentary reports. And the homoerotic locker room fantasy and half-dressed football games were a cornerstone of the brand’s marketing campaign. In short, Klayman had her hands full with choosing which lens to showcase throughout her documentary.

“There is so much story there,” Klayman admitted. “It kind of always had the same laser-focus through, trying to combine the nostalgia, the fun pop-culture element, the sexiness of it…You can’t take away the sexiness or this idea that there is this some appealing fun in there, too, because that’s not true to the story either.”

Ultimately, Klayman defined the “North Star” of “White Hot” being about a broken, race-based system in America.

“It’s a credit to the incredible people who spoke to us and shared their stories, because I think what you realize is that this is not an abstract harm. It’s a really real harm when it’s you, especially when you’re young,” Klayman said. “This is the first real in-your-face confrontation with racism directed at you: exclusion, making you feel bad, directed at you. Now, sitting where we are today, it’s easier to talk about and tease it out, but it was something that was reported at the time and we all lived through. We can all feel ourselves in this story, those of us who lived it.” 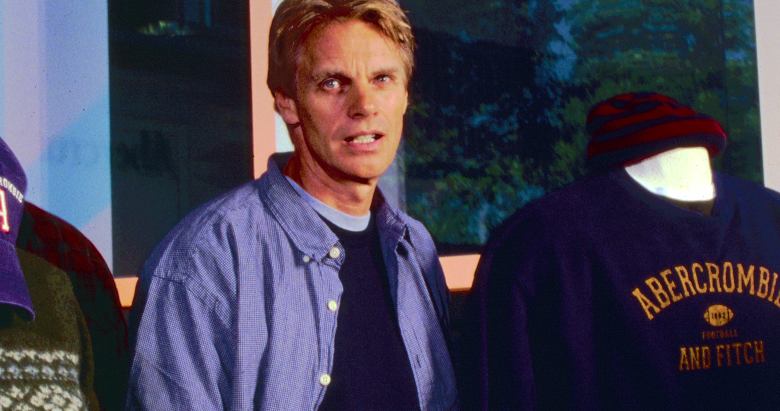 Klayman continued, “Every person I interviewed, whether they were a lawyer who participated in suing the company or a recruiter who worked there for a really long time and then became someone working in diversity and inclusion and tried to improve the brand, to a model, to a journalist who might have written about them once, you could start every interview and be like: ‘Where did you grow up? Where did you shop? What did Abercrombie mean to you?’ Even people who end up being critics or antagonists to the brand, when you hold their feet to the fire, they can all describe what the allure was, what it stood for, and even a moment where they wanted to be a part of that club. It’s less about the pro- or anti-camp, and more about [how] this was a cultural phenomenon that touched everywhere.”

Klayman now turns her attention to the founding of the WNBA in 1997 for her next project. “I always want to bring a historical eye or a political context to the work,” self-identified “90s kid” Klayman explained. “I think it’s finally interesting and important to reexamine this recent past from the 90s and early 2000s. So many huge changes happened to us as a society in the last five years. There’s a little bit of a feeling like now is an interesting time to look back at our recent past. But it’s also fun because it’s the era where I grew up in, and I have so many questions about it too.”

“White Hot: The Rise and Fall of Abercrombie & Fitch” is now streaming on Netflix.