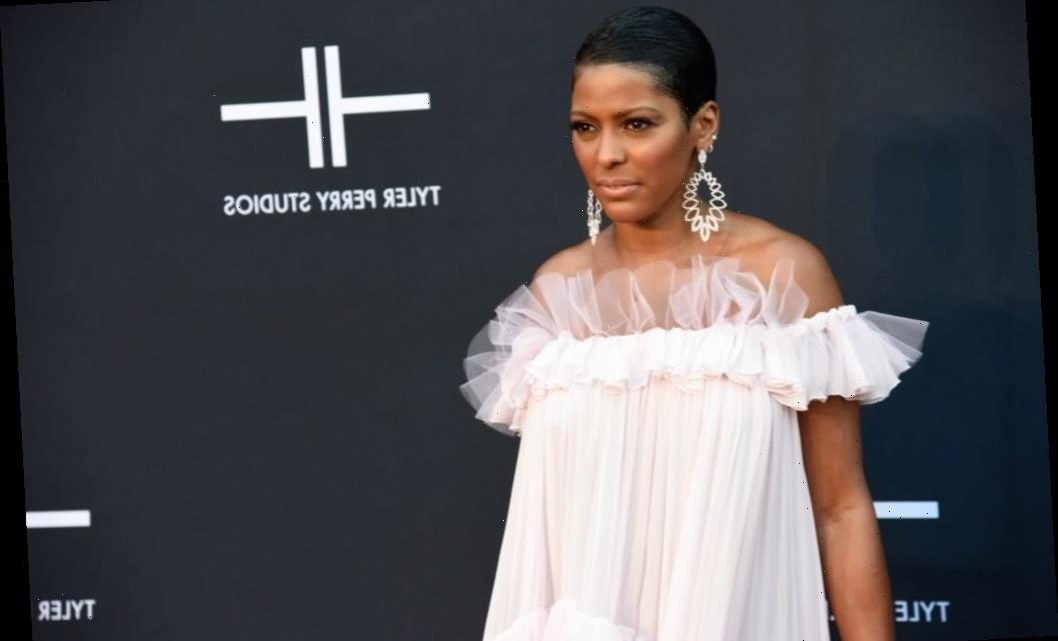 Tamron Hall is having a banner year. With a new husband, her first child born in April, and new talk show bringing in solid ratings, Hall’s somewhat tumultuous departure from the Today Show in 2017 seems like a distant memory.

Though her time at the NBC morning show is in the past, Hall did reveal a memorable detail while she was a co-host about a close friend of hers.

In November 2015, Willie Geist and Hall were at the news desk when Geist spilled that, much to his surprise, he saw an image of Hall on the cover of the single “If Eye Could Get Ur Attention” by music icon Prince. That was when Hall disclosed that she had a very close relationship with the legend.

The talk show host explained that she frequently sought Prince’s input on her wardrobe choices, often sending him selfies of what she had picked for the day. “Prince called me every single morning to critique or give feedback on what I would wear,” she said. Hall shared that the musician was “very clear about what he likes… He tells me things like, ‘Your eyebrows — fill them in a little more,’” she said, according to the Hollywood Reporter.

Apparently, Hall was very selective in who she went to for fashion advice. “Prince and my mother are the only two people who I talk to about what I’m going to wear,” she said, as reported by People.

From selfie to cover

Little did Hall know that the day she sent Prince a particular selfie, describing it to Geist as “private” and “not unsolicited,” he would take such a liking to the pic that he would choose it to be the cover art for his new song.

“I sent him a selfie one day, and he then stole my selfie and used it as the cover for his single,” Hall told Geist. “I woke up the next morning, and people were like, ‘You’re all over the internet. You’re on the cover of Prince’s song ‘If Eye Could Get Ur Attention.’”

She posted the image on Instagram and expressed her surprise at being the subject of the cover art. “My Morning surprise! @prince‘s Purple Pick of the week is his new song “If Eye Could Get ur Attention” on @tidal,” she captioned the now infamous pic. “Look whose picture pops up as the art *Faint, blush, swoon* Oh and about that @todayshow show appearance ?!?! Lol check out the song ..hot!! #Icon“

Sharing more of the story

Hall recently opened up about her relationship with Prince on her talk show with author Dan Piepenbring, who cowrote Prince’s new memoir “The Beautiful Ones.” She described the exchange between herself and the singer after the selfie hit the news.

“We had been very close many years by now. And he wrote me an email in relation [to the selfie], ’cause I called him, I said, ‘what are you doing?’” she explained, according to People.

The former Today Show co-host went on to say that she and the music legend were in frequent communication, often via email. “I never share my emails with Prince — I have hundreds of them if not a thousand — because I don’t want to feel like I’m exploiting,” Hall said.

She did allow the studio audience and viewers a peek at one email from Prince, which said, “Eye hate ur red dress… Y? Because it’s touching ur body and eye’m not :(“

Hall laughed regarding the flirtatious tone of message, noting, “Yes, I’m happily married now, we’ll leave that there. We’ll let that simmer.” Piepenbring weighed in, joking, “He never said anything like that to me.”

Prince’s sudden death in April 2016 came as a shock to most, including Hall. Shortly after his passing, she spoke on NBC about the singer’s need for privacy and her intention to honor it. “He protected his privacy, he protected the privacy of his friends. And even though I’m talking about him today and with you and on our show, there are just great things about him I wish I could tell people, but he wanted them to stay private,” she explained. “He didn’t want people to know all of the ways he helped other people. He did it as this silent angel, including how he helped me in my life on many occasions.”

Hall added, “I’m sorry for the world losing his gift, but he’s not gone.”

“The Beautiful Ones” was released on October 29 and is now on sale.

World's most expensive belt goes on sale for £60,000
World News