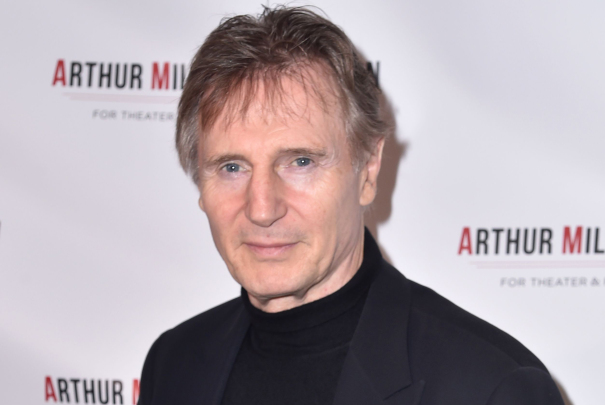 During a promotional tour of his new movie Cold Pursuit, Liam Neeson, Hollywood’s favorite gruff uncle with a particular set of skills, told a story of racist revenge that shocked everyone.

Neeson is definitely known for his revenge movies (see Taken), but things became too real in an interview with The Independent. During the interview, he shared an “awful” story of how he once took to the streets with a mission to murder a man who sexually assaulted one of his friends — and the man was black.

Neeson said that his friend “handled the situation of the rape in the most extraordinary way.” However, his reaction was a bit different. He asked her a bunch of questions including what color the assailant was. When he found out he was black he admitted that he “went up and down areas with a cosh, hoping I’d be approached by somebody.” He added, “I’m ashamed to say that — and I did it for maybe a week, hoping some ‘black bastard’ would come out of a pub and have a go at me about something, you know? So that I could, kill him.”

Neeson admits that his way of thinking was “awful” and that he learned his lesson.

A number of people chimed in on his story and many of them were surprised at the story. Some, like comedian Hari Kondabolu, handled it with pointed humor saying, “It’s terrible that Liam Neeson thought about committing a hate crime. However, it should be noted, Mark Wahlberg ACTUALLY committed hate crimes.” He is, of course referring to Wahlberg’s criminal past when, in 1988, he assaulted a Vietnamese man to steal beer while using racial slurs. He served 45 days of a two-year sentence as a result. In 2014, he filed a petition to have himself pardoned, but has since dropped the request.

Former divisive Jeopardy! contestant Arthur Chu took to Twitter to present an interesting query: “Before we cancel Liam Neeson: Whomst among us hasn’t armed themselves for a violent hate crime, I ask you,” he wrote. “Let he who has not spent a week pacing the streets plotting to murder the first Black man he sees cast the first stone.”

Neeson recently starred in the Coen brothers’ award season entry The Ballad of Buster Scruggs on Netflix. The pic earned three Academy Award nominations. He can also be seen in the forthcoming Men in Black: International opposite Chris Hemsworth and Tessa Thompson.

Jon Gosselin to Kate: I’ve Got Our Kids! Sucks for You!
World News