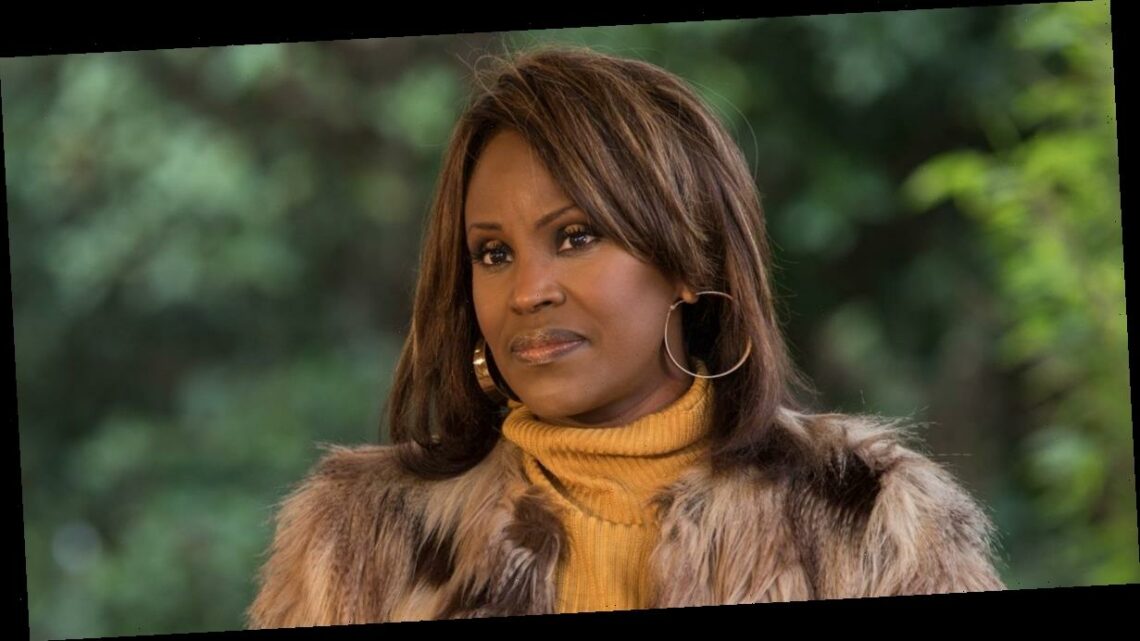 Hollyoaks favourite Martine Deveraux (Kellé Bryan) was put in danger during Thursday's first-look episode on E4 as her son Toby Faroe (Bobby Gordon) trapped her in the garage and planned to set it alight.

Toby told his sister Celeste Faroe (Andrea Ali) that he intended on killing their mother because she told his love interest Cleo McQueen (Nadine Mulkerrin) that he was a virgin.

He was also unhappy because Martine called him out for lying about what went on during a counselling session he's undertaking in order to be a kidney donor for his grandfather Walter Deveraux (Trevor A. Toussaint).

However, Toby's deadly move didn't quite go to plan and Celeste managed to let out Martine after reaching her wits end with not knowing what to do with her unpredictable brother.

Speaking about her character's life being put on the line, actress Kellé Bryan told Daily Star: "Martine doesn't know what Toby is capable of.

"She's worried because she knows a little bit of his background but she doesn't think he's going to go to the extent of killing her at this point.

"Martine doesn't see the petrol being poured because she's inside the garage so all she's thinking is he's locked me in the garage and what is he playing at."

"She's fuming at her son when she gets out but she's not thinking her life is at risk."

Hollyoaks fans were left at the edge of their seat as Toby has previously murdered his cousin Lisa Loveday and has so far got away with it.

Martine later told her ex Felix Westwood (Richard Blackwood) about what Toby did to her and Celeste agreed that Toby should be handed over to the police.

Toby admitted that the only person who can control him is Dr Ley, the sick doctor who experimented on the siblings when they were given up for adoption as newborns.

Martine gave birth to triplets and ended up only keeping one of the three babies, a son called Mitchell.

Celeste was raised in the perfect family but Toby was experimented on by being locked up and denied all emotional support and connection.

After some consideration, Celeste made a call to Dr Ley and asked her to come to the village and fix Toby.

Loose Women panelist Kellé has revealed that she's willing to help her son but fans can certainly expect fireworks if Martine and Dr Ley ever cross paths.

The soap star, 45, explained: "I think there is an opportunity for Martine and Toby to get closer because all she wants is for him to get better.

"She feels completely guilty and its completely her fault because she didn't fight for her children and let them go.

"All she wants is for her children to be better. She wants Toby to be rehabilitated and be part of the process.

"She's willing to do anything to make Toby better but there'd be a John Wayne Western stye stand off definitely if she ever comes face to face with Dr Ley."

Kellé, who has played Martine since 2018, went on to dish the dirt on what is next for her Deveruax clan.

She teased: "We've got lots of stuff coming us a family. I'm starting to prepare myself mentally and physically for whats to come over the next few weeks.

"There is some big heavy content coming up and its going to be a very interesting time for the Deverauxs."

Hollyoaks airs Monday to Friday airs on Channel 4 at 6.30pm followed by a first-look episode on E4 at 7pm