Home » TV & Movies » Holly Willoughby teases This Morning viewers with her Halloween outfit plans – but can you work out her clues? 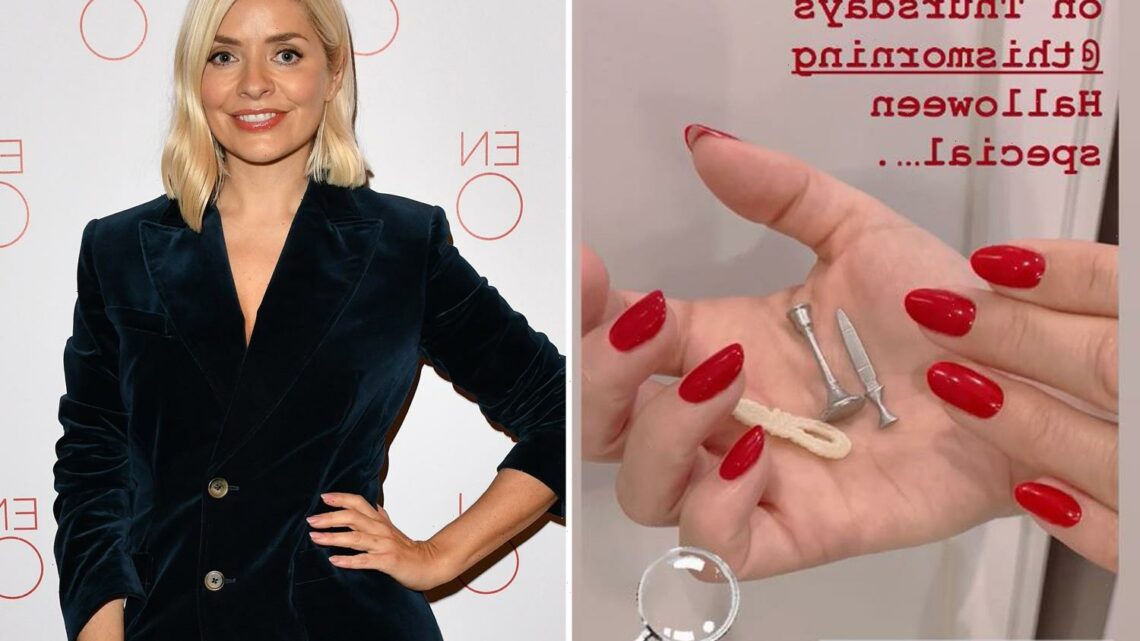 Holly Willoughby teases This Morning viewers with her Halloween outfit plans – but can you work out her clues?

HOLLY Willoughby has been hinting towards her Halloween costume for the spooky special instalment of This Morning.

The presenter took to Instagram to give fans a big clue into which popular board game character she will be dressing as this year- but can you guess who it is? 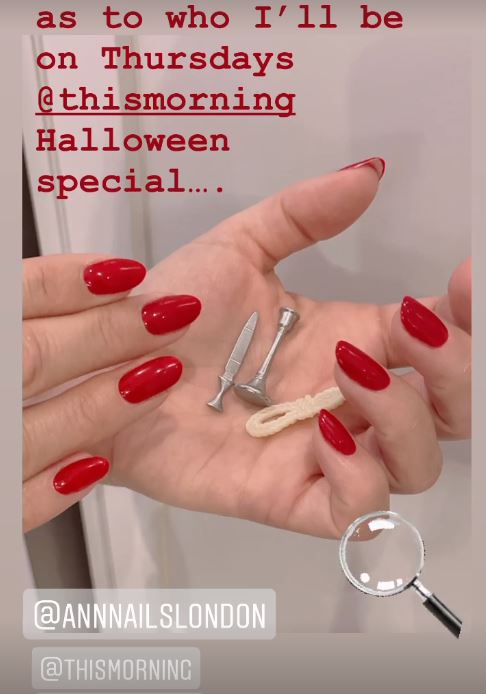 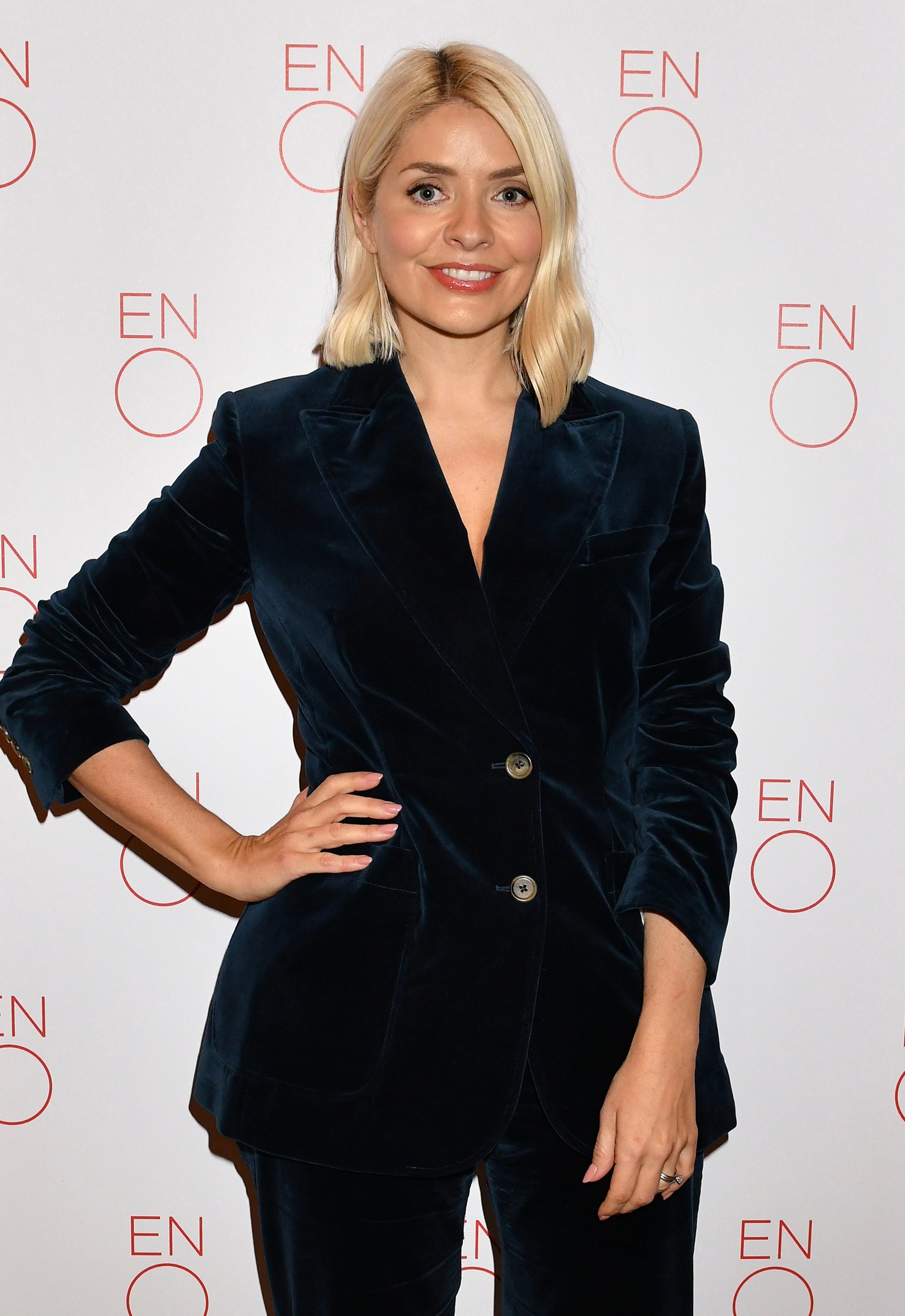 The star showed off her new manicure with her pristinely shaped nails polished with a sultry shade of scarlet red.

Holly held her hand open to reveal a number of board game pieces including a plastic miniature knife and a toy goblet.

She posted the picture on her Instagram story with the caption "A little 'Cluedo' as to who I'll be on this Thursday's @thismorning Halloween special".

After the stars hints, many fans sussed that the blonde beauty would be dressing as Miss Scarlett from the popular board game, Cluedo.

The character, who is a mysterious yet cunning blonde-haired murder suspect is described by gamemakers as "beautiful, but recently also seems cold-hearted. The victim and Scarlett had grown up together and been in all sorts of trouble over the years."

"As they got older though, their friendship became strained. The victim suspected Scarlett had been influencing Sir Hugh's investments. In receiving her invitation to Tudor Mansion, Scarlett assumed all was forgiven…"

The past week on This Morning has been full of scares, with guts and gore galore, leaving Holly, 40, retching.

She gagged and squealed as she spun a Halloween themed tombola filled with gross-out props.

After chatting with the contestant on the phone went to spin the tombola to give the woman a chance to win some cash.

But as she tried to spin the machine it swiftly came to a halt due to the heavy mix of fake body parts, blood and guts inside it.

Crew members laughed in the background as co-host Phillip Schofield explained: "Oh, they are all stuck in a great big congealed pile."

Holly began to wretch as she opened the spinning cage to take out one of the prize-winning balls, tentatively placing her hand in and reaching down slowly.

"This is so disgusting," she exclaimed between gags, before continuing between helpless whimpers: "If something holds my hand in here I'm going to…"

She finally was able to pull out a ball, announcing to the winner at home they had won an "interesting adventure pass and £800" – the same as the previous prize. 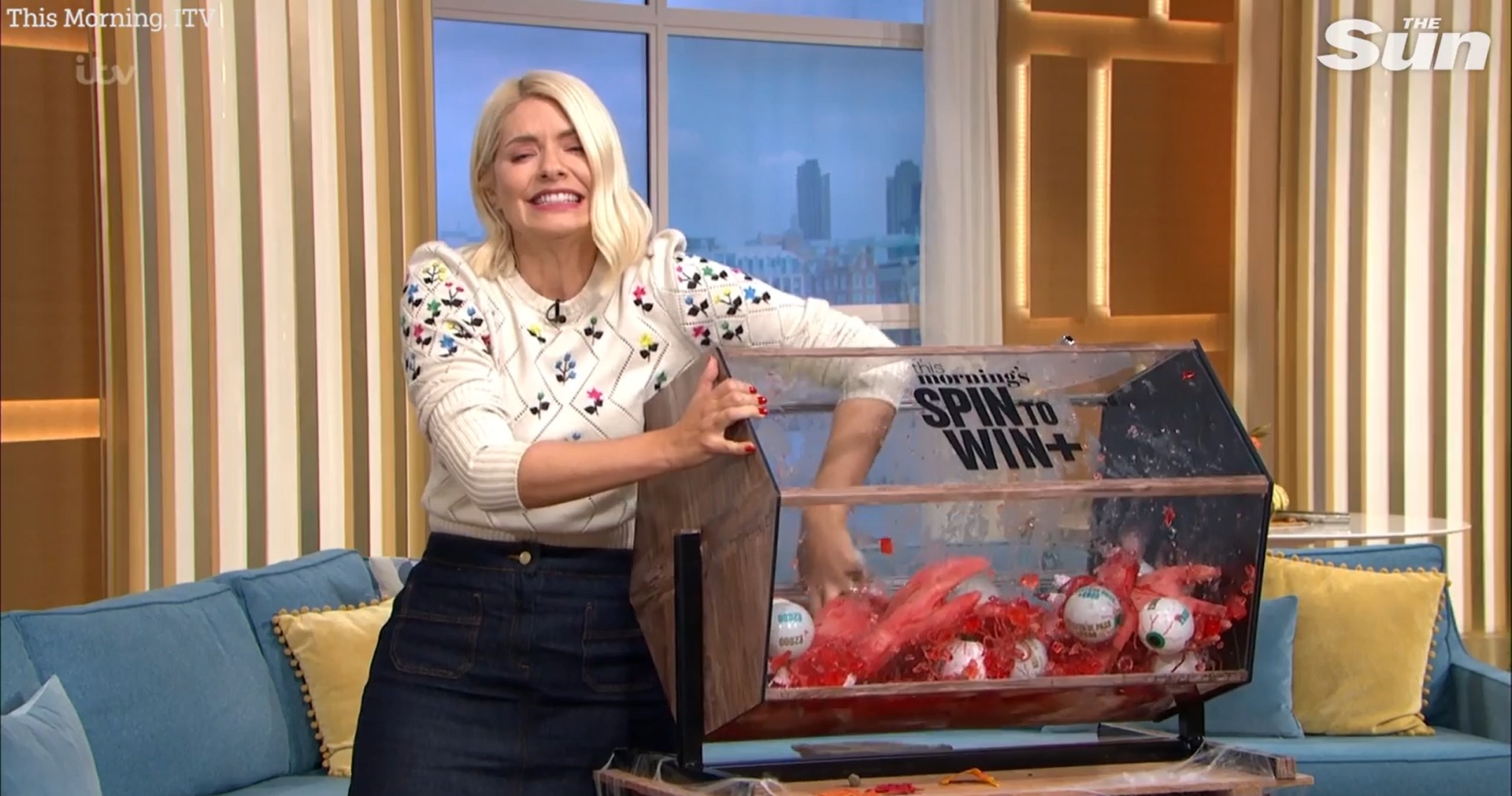 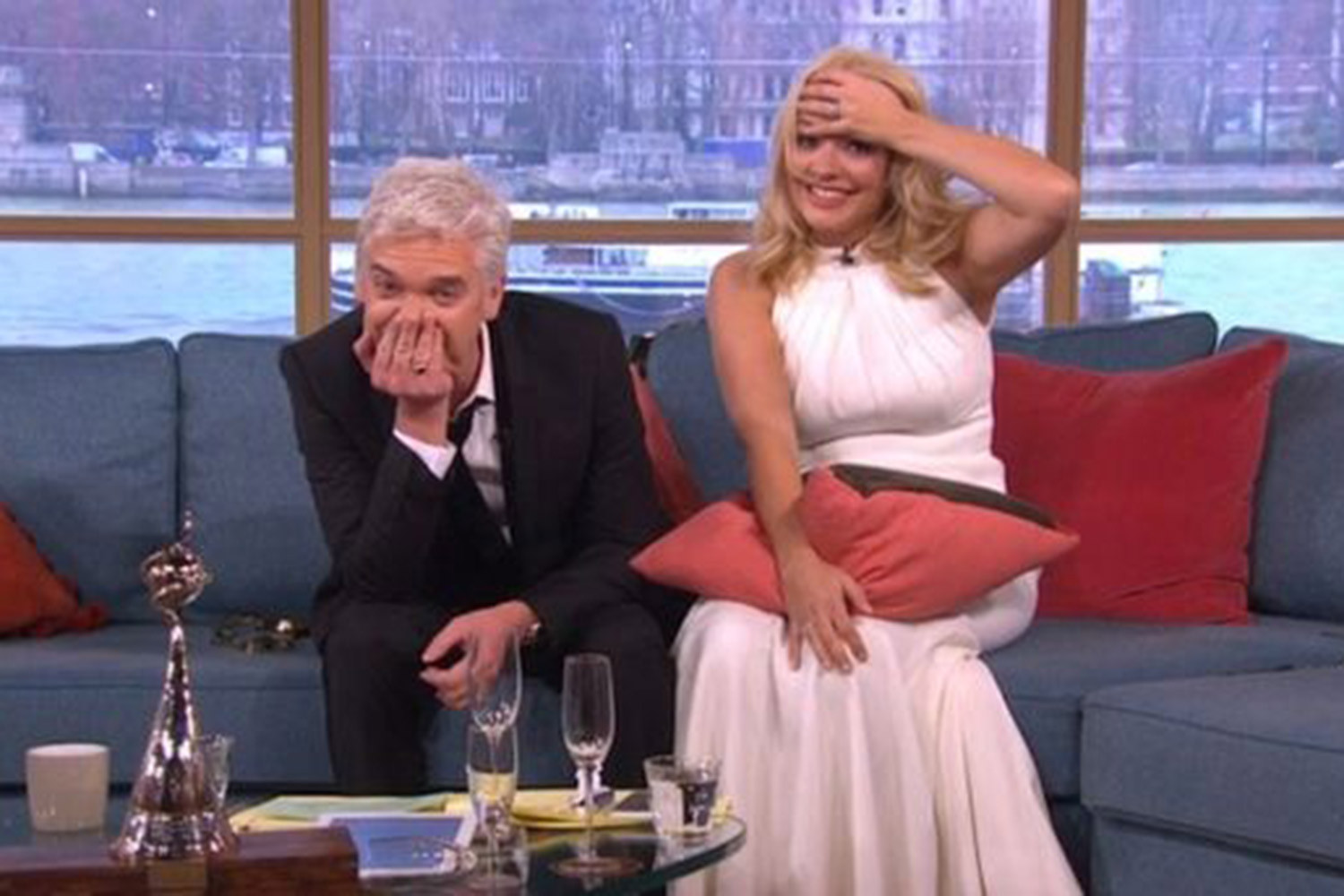