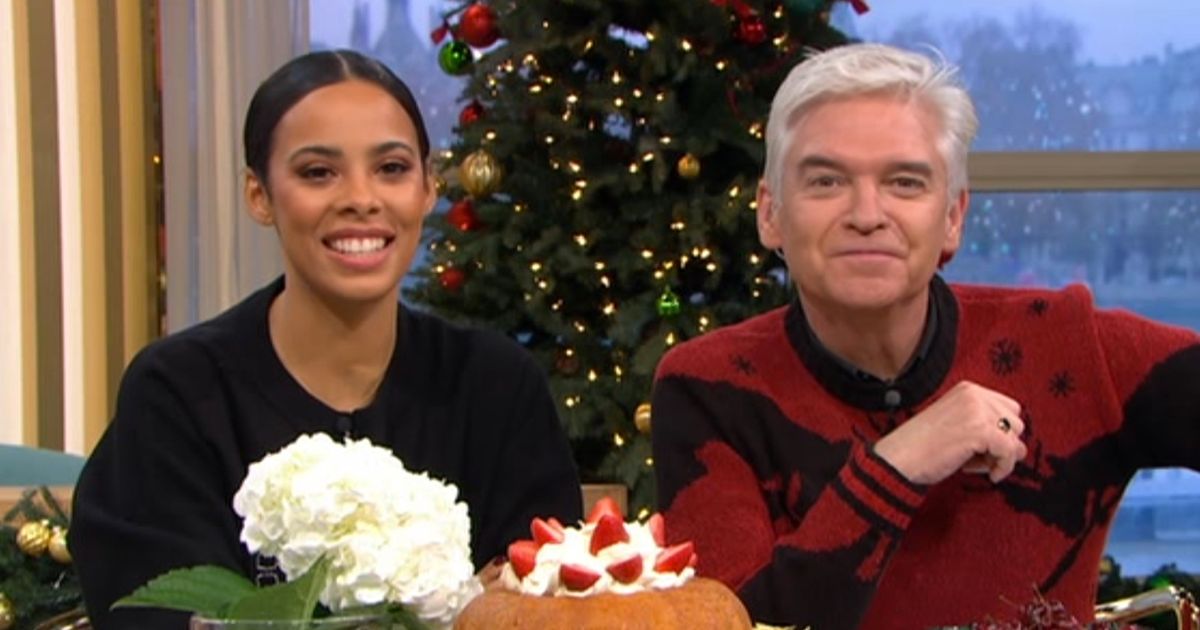 Holly Willoughby made a shock return to This Morning today for the first time since leaving the jungle.

The much-loved presenter has been missing for weeks while covering for Ant McPartlin on this year’s I’m A Celebrity.

Rochelle Humes stood in for Holly, who sent in video messages from behind-the-scenes on set in Australia.

Phillip Schofield revealed the gutting news that Holly would not be back until 2019 and they would not reunite on-screen until Dancing On Ice.

So it came as a welcome surprise when Holly popped up on TV today during Rochelle’s final show.

She sent in a special video message to This Morning to wish everyone a Merry Christmas.

Speaking on tape, she said: "I just wanted to wish you a Merry Christmas and I’ll see you in the New Year."

Smiling Holly ended the video by blowing a kiss to the camera.

This Morning viewers were delighted to see Holly pop up on screen, but were sad to see Rochelle bid farewell. Phillip said: "You have been amazing. I wouldn’t have wanted to do that with anyone else."

"It’s Christmas come early," shouted Rochelle as she was presented with champagne and flowers.

This Morning viewers took to Twitter to praise Rochelle for her presenting stint.

One viewer said: "Awww I’ve loved Rochelle I hope we see her again but happy holly is back in January"

Next week’s shows will be presented by Eamonn Holmes and Ruth Langsford.

Speaking to Mirror Online, Phillip said Rochelle had slotted into the team very well and that he loved working with another friend.

On Rochelle’s stint on This Morning, he said: "She’s done so well, she really has.

"Holly has done quite fantastically well in the jungle with Dec, that’s been great to watch, enjoyable and funny.

"The same with Rochelle. she’s slotted into the team at This Morning so well. She was definitely, when Holly said to me she was going to do it, then Rochelle was one of the first in my head. I thought she’d be great.

"She’d done the summer with Marvin. We’re all part of the same management company and all in the same friendship group. Everybody knows everybody. It’s nice to be working with a mate."

*This Morning airs weekdays on ITV at 10.30am