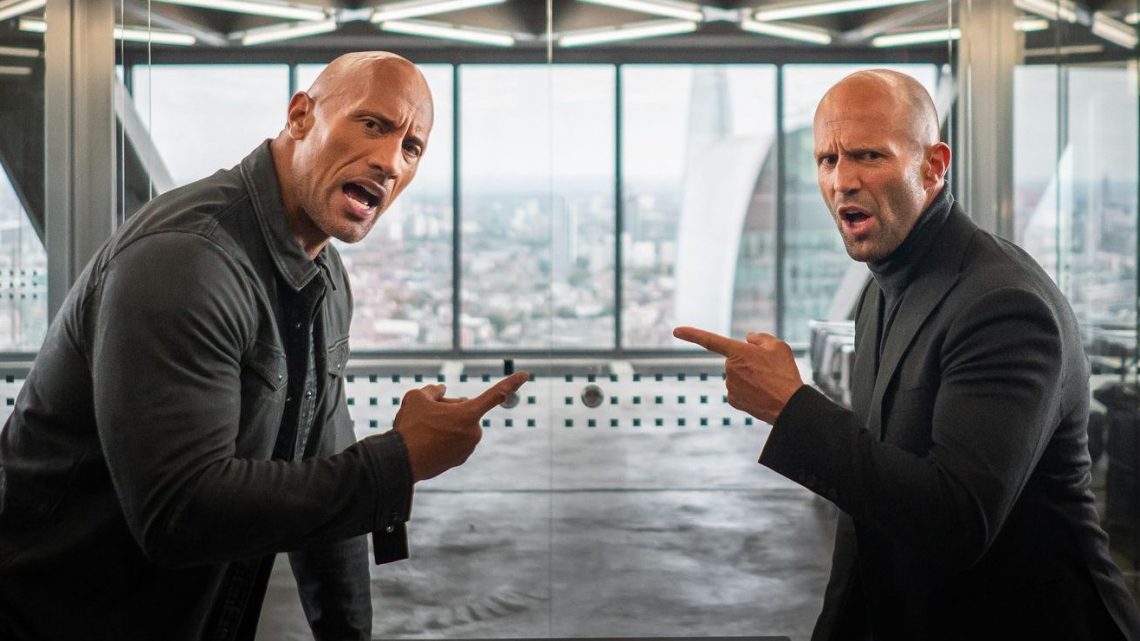 'Hobbs and Shaw' Super Bowl Trailer: The Rock and Jason Statham Save the World

Dwayne Johnson and Jason Statham are such huge personalities that an ensemble franchise simply couldn’t contain them. Although created for the Fast and Furious series, their characters are getting their own spin-off in Hobbs and Shaw, where the world’s toughest super-cop teams up with the world’s toughest spy-turned-crook. The villain: a literal super-powered baddie played by Idris Elba. Put this in our eyeballs now, please.

David Leitch, the action maestro behind Atomic Blonde and Deadpool 2, directs Hobbs and Shaw. The first trailer showcased all kinds of improbable, physics-defying action and this new footage doubles down on that. This looks like someone took a ’90s buddy action movie and smashed it together with a modern superhero movie. Everything about this looks goofy and silly and totally aware that it is ridiculous nonsense. We’re in. We’re sooo in.

After eight films that have amassed almost $5 billion worldwide, the Fast & Furious franchise now features its first stand-alone vehicle as Dwayne Johnson and Jason Statham reprise their roles as Luke Hobbs and Deckard Shaw in Fast & Furious Presents: Hobbs & Shaw. Ever since hulking lawman Hobbs (Johnson), a loyal agent of America’s Diplomatic Security Service, and lawless outcast Shaw (Statham), a former British military elite operative, first faced off in 2015’s Furious 7, the duo have swapped smack talk and body blows as they’ve tried to take each other down. But when cyber-genetically enhanced anarchist Brixton (Idris Elba) gains control of an insidious bio-threat that could alter humanity forever — and bests a brilliant and fearless rogue MI6 agent (The Crown’s Vanessa Kirby), who just happens to be Shaw’s sister — these two sworn enemies will have to partner up to bring down the only guy who might be badder than themselves. Hobbs & Shaw blasts open a new door in the Fast universe as it hurtles action across the globe, from Los Angeles to London and from the toxic wasteland of Chernobyl to the lush beauty of Samoa. Directed by David Leitch (Deadpool 2) from a script by longtime Fast & Furious narrative architect Chris Morgan, the film is produced by Morgan, Johnson, Statham and Hiram Garcia. The executive producers are Dany Garcia, Kelly McCormick, Steven Chasman, Ethan Smith and Ainsley Davies.

'Avengers: Endgame' Super Bowl Trailer: The Match-Up Everyone is Really Waiting For