Home » TV & Movies » High School Musical's Matt Cornett Looks Back on the Season of 'Portwell': 'Everything Led Up to That Moment' 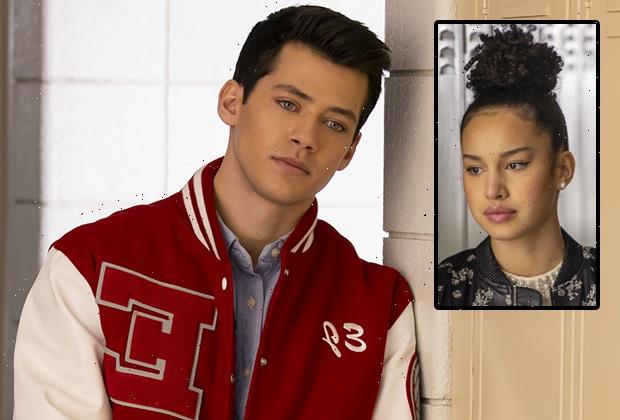 High School Musical's Matt Cornett Looks Back on the Season of 'Portwell': 'Everything Led Up to That Moment'

High School Musical: The Musical: The Series‘ second season was one of highs and lows for E.J. Caswell, who sacrificed something he thought he always wanted and ended up discovering something (or someone) he didn’t realize he needed.

“This season by no means went how E.J. expected, but I definitely think things worked out for the better,” Matt Cornett (aka E.J.) tells TVLine. “He expected to get into Duke and have his life mapped out, but that didn’t end up happening. He fell on his face a few times, but he always got up and learned from it with the help of his people — specifically Gina. She got him through a lot, and having her there really helped him in so many ways. He learned so much about himself and was able to put his foot down and stop trying to be this perfect person. He’s embracing the idea that it’s OK not to have your life mapped out. There’s so much to explore in E.J.’s future, and hopefully we get to do that.”

A big part of that future, as Cornett mentioned, is E.J.’s budding relationship with Gina, which finally came to fruition in the closing moments of the Season 2 finale… even if we didn’t actually get to see the couple’s first kiss.

“You’ve got to leave some things to the imagination and keep a little suspense,” Cornett says of the unseen lip lock. “That scene was so much fun to shoot. Everything led up to that moment. This whole season we saw the slow progression of them realizing they have feelings for one another, then being nervous to say something, then thinking it might be nothing. That’s why Jamie telling E.J. he’s happy Gina has a ‘big brother’ was so hard. E.J. really thought he knew what this was. He was so confident. So hearing that knocked him back a little bit, and he immediately overthought the situation.”

Needless to say, Cornett was just as excited to see “Portwell” finally come to fruition as the fans were.

“When I read the script for the first time, I was like, ‘Yes! Finally!’” Cornett recalls. “I was so excited to go on this journey with these characters. We had fun shooting that scene, but Sofia and I were also cracking up the entire time. We had to hold eye contact, which is very hard to do with Sofia. We laugh too much.”

And while fans eagerly await Disney+’s decision on a potential third season of the show, Cornett has one very important item to check off his to-do list: try risotto!

“I’ve never actually had risotto,” he admits with a laugh. “But Sofia hadn’t had it either until she finally tried it without me. We were talking on set one day — maybe right after the scene where E.J. asks her to have it with him for real — and we were both like, ‘What is risotto?’ Neither of us knew. So we decided to hang out and make it, or at least get it, so we could know what it was. We never ended up doing that, but she did send a picture of her eating it without me. So… Thanks, Sofia!”

How do you feel about E.J. and Gina’s journey in Season 2? Hopes for a potential Season 3? Drop ’em all in a comment below.

The Truth About Cat Cora’s Sexuality