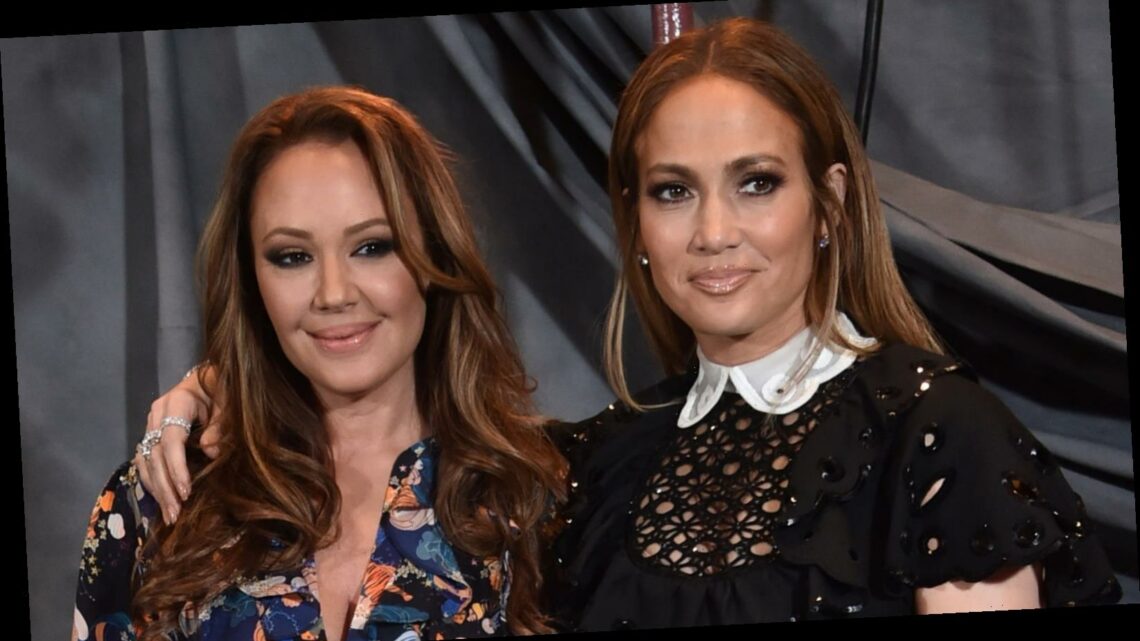 While singer Jennifer Lopez and actress Leah Remini might seem like an unlikely pair at first glance, the truth is that these women have been friends for a very long time. As reported by Oprah Magazine, the two celebrity gal pals have known each other for more than a decade and, luckily, their friendship shows no signs of slowing down anytime soon!

According to Entertainment Tonight, Remini admitted that, before meeting the Maid in Manhattan star, she initially hoped Lopez “was gonna be ugly in real life.” But, as luck would have it, Remini quickly learned that Lopez isn’t just beautiful — she’s nice and smart, too! “I even said that! I said, ‘Goddamnit, why the f**k why are you so f**king pretty?’ And she laughed,” the former King of Queens star told ET. “[Then] I was like, ‘Ugh, I hope she’s dumb, ya know? I was like, ‘She could be dumb!’ I wanted to find something and I didn’t.” That’s right! Lopez was the total package and had all the makings for the perfect bestie.

But how did the pair initially meet? And what’s their secret to a long-lasting friendship in any place, let alone Tinseltown? Keep reading after the jump to find out.

During a 2018 interview with Entertainment Tonight, BFF’s Jennifer Lopez and Leah Remini explained how their famous friendship came to be. According to Remini, while filming with Lopez’s then-husband Marc Anthony, the “I Need to Know” singer suggested that Remini and Lopez meet. As it turns out, Lopez’s ex-husband wasn’t wrong… at least about that anyway. Upon meeting one another for the first time at a movie premiere, Lopez told ET, “We fell in love right there.”

“It was one of those instant chemistry things, where you just feel like, ‘I love this person. I love being around this person. This person makes me laugh,'” Lopez gushed. “She’s cool and we also have very similar upbringings. That’s why we work well together.” Lucky for Lopez, Remini echoed those sentiments. “[Lopez’s] sense of humor, the fact that I could bust her balls and she wasn’t caught up on herself, said something to me.”

Jennifer Lopez and Leah Remini have a lot in common

The pair spoke candidly about their friendship during an appearance on ABC’s The View in 2018. According to Lopez, the two have many things in common, which contributes to a strong foundation for their friendship. “I’m so close with my sisters and so is Leah, but we have similar lives, we have similar careers and kinda nuances that other people don’t understand and so that also bonded us,” Lopez explained.

But with so much in common and a natural gift of gab, these two can easily spend long periods of time together without even taking note of the clock. During the early years of their friendship, Remini recalled, “I would go to ‘dinner’ at her house, I would come home eight hours later” — to a very curious husband, no doubt. “We have a lot of important things to talk about! Clothes! Other people! Our mothers!” Lopez added.

Lopez and Remini eventually brought their friendship to the big screen with 2018’s Second Act. “[T]he relationship that [characters] Maya and Joan have is very special, and the relationship that we have is very special,” Lopez told Entertainment Tonight. “I knew that if we could capture our real honesty, our real love, our real humor, then that would be something really entertaining and fun for everybody to see.” She’s right — we really do love to see it!