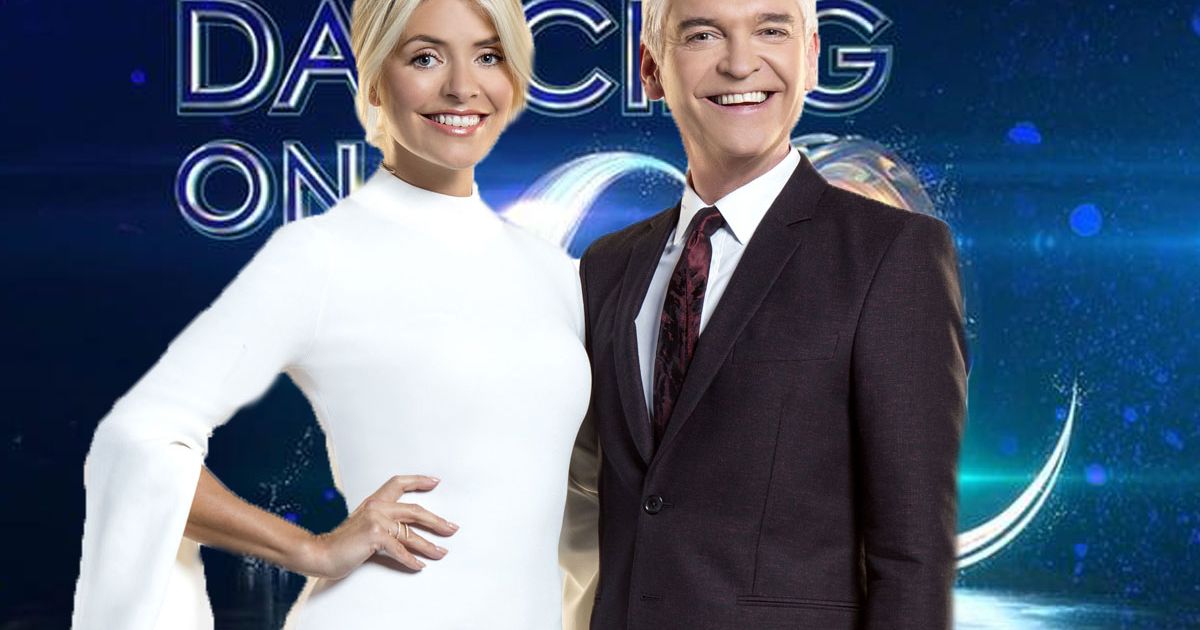 Here are all the confirmed Dancing On Ice stars for 2019

ITV show Dancing on Ice returned in 2018 after a three-year break and the 2019 version lands in just a few days time.

A new round of celebrities have been announced and paired up with their professional skating partners and are getting accustomed to wearing skin tight Lycra and sequins.

A TOWIE star, EastEnders actor and comedian were the first stars confirmed by Dancing on Ice hosts Holly Willoughby and Phil Schofield.

A seasoned pro dancer’s appearance was confirmed on BBC Radio 5 Live Breakfast, while an Irish former boybander was announced on Lorraine.

Taking part in their first photocall for the show, the twelve stars of the 2019 series took to the ice in front of the media for the first time, alongside their professional skating partners, at the Natural History Museum in London.

Hosts Holly Willoughby, who had just returned from her stint standing in for Ant McPartlin on I’m a Celebrity Get Me Out of Here, and Phillip Schofield presided over the event and dressed for the occasion too.

Holly wore a stunning and suitably festive red satin dress with a black bow on one shoulder, which ensured all eyes were on her, while Phil wore a dapper polo neck with a suit.

The celebs all came out with their partners and posed up for the press sporting their best game faces.

The final contestant said: "Gemma Collins is going to wipe the floor with me, I’m super intimidated.

"I’ve been looking at the line up thinking ‘oh my gosh!’ Of course you’ll be seeing my hips on the ice and the hips don’t lie!"

A source previously told The Sun: “Wes has boundless energy and he’s already displayed great rhythm on Love Island, so Dancing on Ice execs thought he’d be a great choice for the series.”

His thousands of social media followers won’t do the show any harm either. It’s unclear what his girlfriend Megan will think of him flinging another woman around though…

Grease actress Didi, who played Frenchie in the classic movie, confirmed the news on breakfast telly.

"I’ve gone from being a Pink Lady to being Queen of the Ice. I’m coming to the UK on Monday," she told Good Morning Britain.

Saara Aalto was the tenth contestant confirmed for the forthcoming season on Dancing On Ice.

The Finnish singer and X Factor star 2016 said she was well up for the challenge.

Saara said "I’m super excited about this, I love new challenges and I’m very ambitious. I can be very competitive, but I mainly want to challenge myself. I’ll be saying to myself ‘Saara, you need to push yourself more!’ I am so ready for this and I can’t wait to get on the ice."

Coronation Street’s Jane Danson, aka Leanne Battersby, was the ninth contestant on the show.

Announcing her involvement on Loose Women, she said: "I can skate a little bit – I think obviously when you take on anything like this it’s not without risk but I’m not really thinking about that.

"I’m seeing it as a challenge – I’ve got a big birthday next month so it’s a challenge for the fab 40 and I’m trying not to think about getting damaged!"

Jane also confirmed Leanne would have a "quieter" time in Coronation Street after quite a busy time with her cheating with Steve McDonald, sleeping with boss Imran Habeeb and the return of her former love Nick Tilsley.

Neighbours star Mark Little was the eighth contestant to be announced to take part in the show.

The 58-year-old soapstar, who played Joe Mangel in the show, hails from Australia but has been performing in theatre since leaving the soap in 1991, and lives in England with his family.

He said: "How exciting this is! My skating is pretty rickety. I’ll be trying to find the elegance, the strength, the smoothness.

"I’m a bit of a danger man, a bit of a risk taker, and I do like dancing so let’s see what happens."

Let’s hope his risk-taking doesn’t end in an icy disaster.

Melody Thornton of Pussycat Doll fame was the seventh contestant to appear on Dancing On Ice.

The 34-year-old announced her appearance on the skating show on Good Morning Britain via video message, and has traded in her dancing shoes and mic for a pair of skates.

The bowler, who played for Yorkshire and Nottinghamshire, will be taking off his whites and donning some skates.

On joining the show, Ryan said: "I’m immensely excited. It’s obviously something totally different, massively out of my comfort zone.

"I’m just going to enjoy the ride, I don’t take myself too seriously. I’m going to embrace it, enjoy it, and have a laugh and a giggle along the way."

Loose Women panelist Saira, who has also starred in The Apprentice, revealed she was having taking a shot on the ice on the ITV chat show alongside her fellow presenters.

Arriving on set in a blue Spandex skating leotard, Saira wobbled up to the desk to make her announcement.

"They asked me to do it and I refused, I said, ‘I’m too old I’m going to fall…’ and my little boy said, ‘have you heard yourself mum? What if I said to you, Mum I can’t do my homework today because I’m too busy…’

Saira, who has a son and a daughter, who she recently revealed was adopted, is using them as her inspiration.

Former Westlife singer turned telly presenter Brian is another star in the rink.

Irish boyband Westlife recently announced they are making a comeback, but without Brian.

Naturally he’ll be wanting to get his face out there while his former bandmates earn a healthy paycheque.

Speaking on Lorraine, he said: "Hi Lorraine yes the news is true…I’ve already been practising out the back garden on my rollerblades and my mammy says I’m a one man Torvill and Dean so watch this space."

The professional dancer confirmed he was in the line-up on BBC Radio Five Live Breakfast on October 2.

On joining the show, James said: "I can dance but I’m a lot older than I used to be. People are going to probably say I’ve got an unfair advantage but when I got on the ice I actually shocked myself how bad I was.

"I want to be able to impress Torvill and Dean more than anyone else, but I’m a lot worse than I thought I’d be.”

This one didn’t come as much of a surprise as there was a fan theory going round after the show shared this picture on its Twitter page.

The shot showed a male wearing a hat and looking down at the floor so his face was partially covered.

One pointed out that James has a mole on his neck like the person in the picture and the pose was similar to one a dancer may use. He also had the same shirt.

She’s appeared on virtually every other reality show out there, including I’m a Celebrity, Celebrity Big Brother and Celebrity Masterchef, so it seems only right that Gemma should get her skates on after Christmas.

Appearing on the This Morning sofa on October 1 she told Phil and Holly she was “scared and nervous” and was worried about how the professionals would pick her up.

Gemma also reassured Phil she had cleared her diary after pulling out of I’m a Celebrity right at the start of the show.

Comedian and actor Richard appeared alongside Gemma to officially announce his involvement in the new series.

He left EastEnders in which he played Vince Hubbard, earlier in the year so has plenty of time on his hands to practice his moves.

He revealed on This Morning that he grew up in Sweden so had a little experience of ice skating – no new born baby deer here.

The normally buff Richard also revealed that he was planning on getting into extra trim shape before the New Year start too.

"I’m training because I know they’re going to put me in some tight stuff. There’s going to be a lot of shape. I’m training from now!” he said.

When does DOI start and who are the judges?

It traditionally starts in the first week of January – easing those post-Christmas blues – and this year is staying true to form.

The first episode will air on ITV on Sunday 6 January at 6pm.

Holly and Phil have been confirmed to return as hosts, bringing with them their undeniable chemistry.

Skating legends Torvill and Dean will once again head up the judging panel. 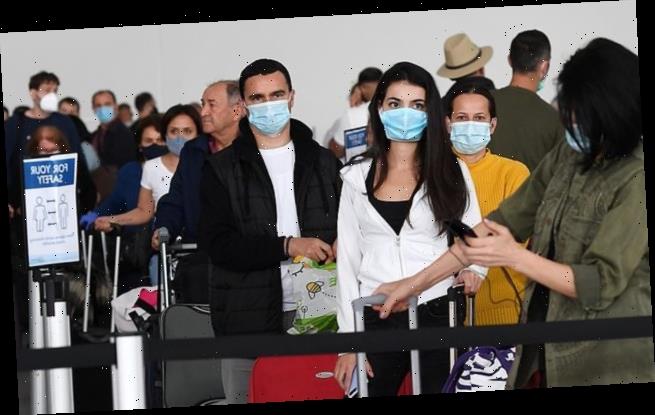 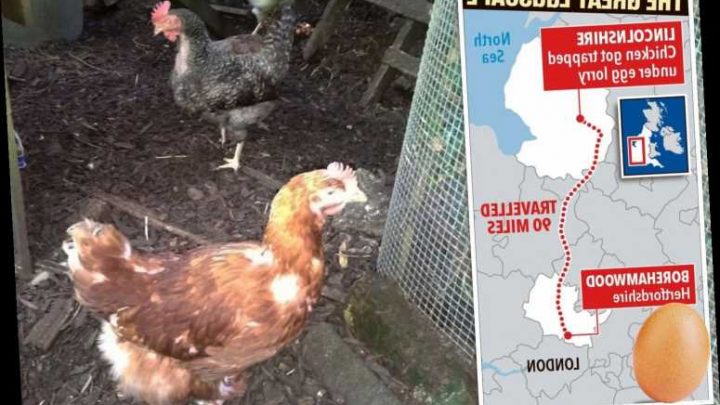 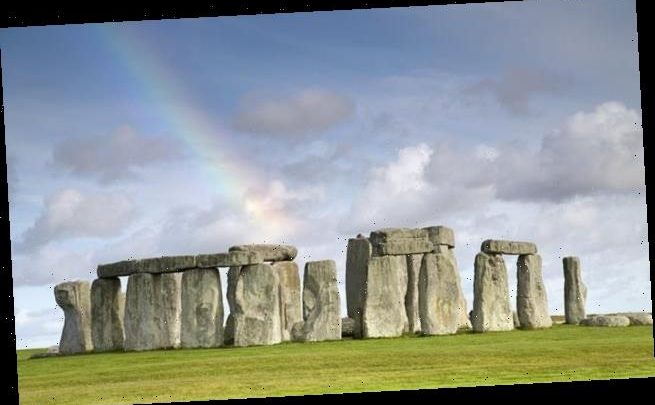 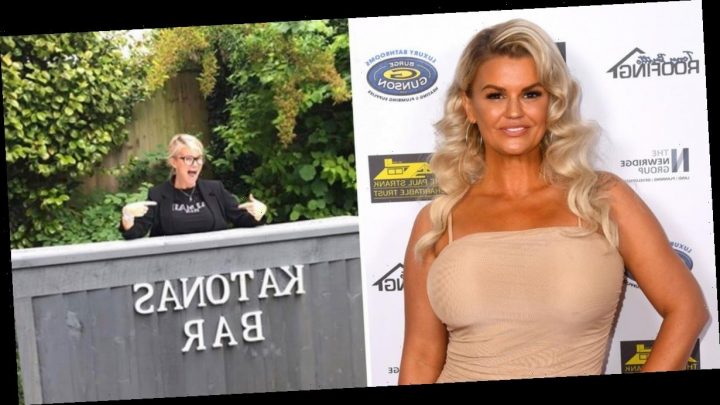