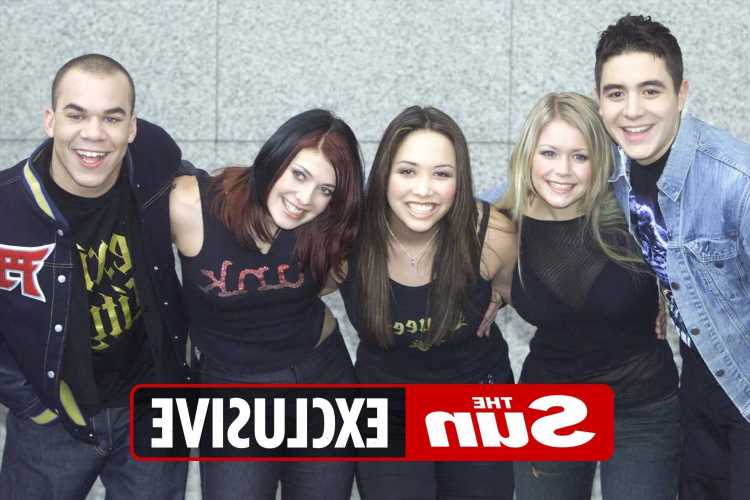 THEY sang “whatever you do, you know I’m going to be there” on hit single Pure And Simple but that isn’t the case for Hear’Say any more.

I’ve learned that the group’s 20th anniversary reunion this year has been cancelled after delays due to Covid and their personal situations made it impossible. 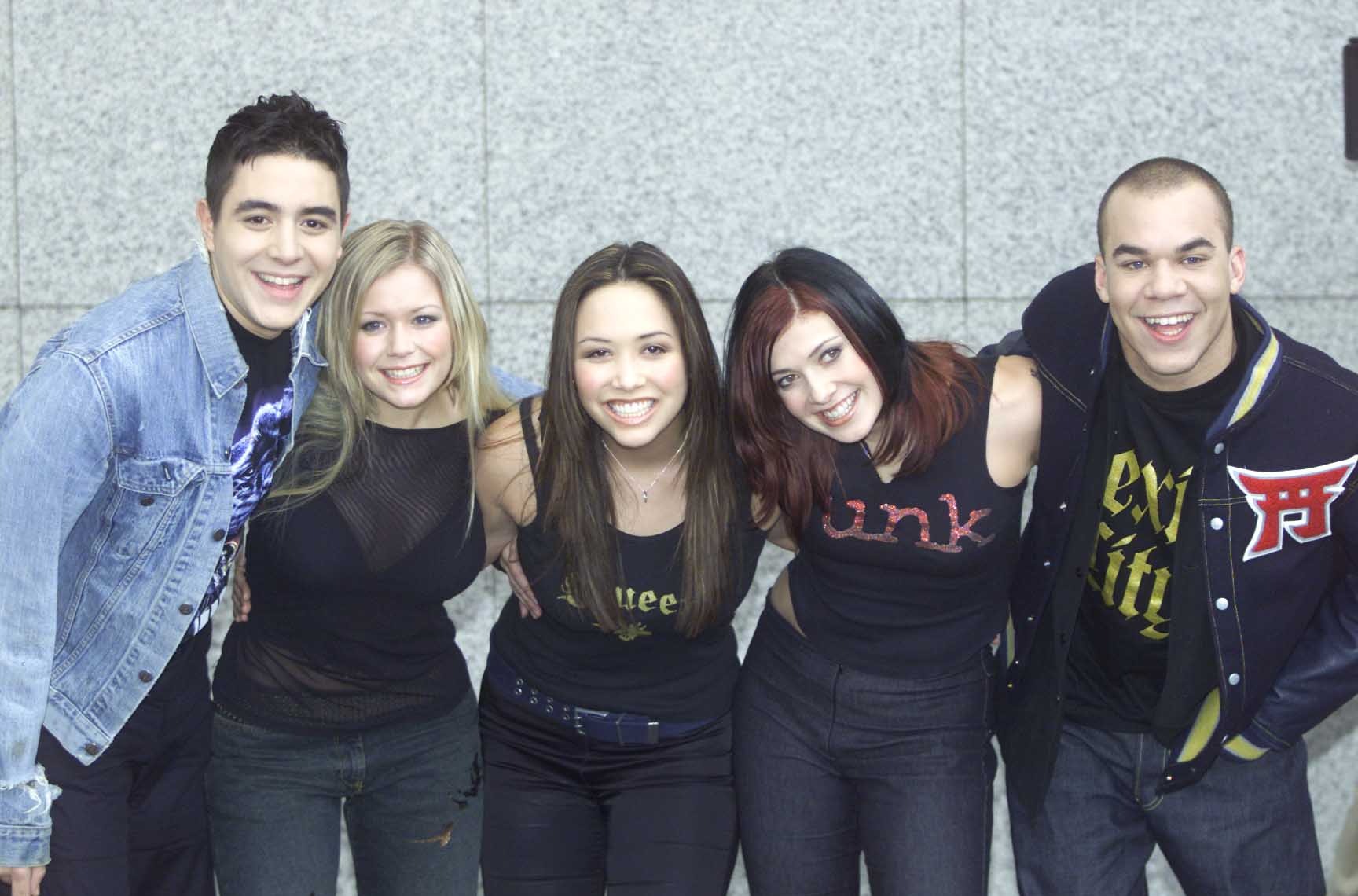 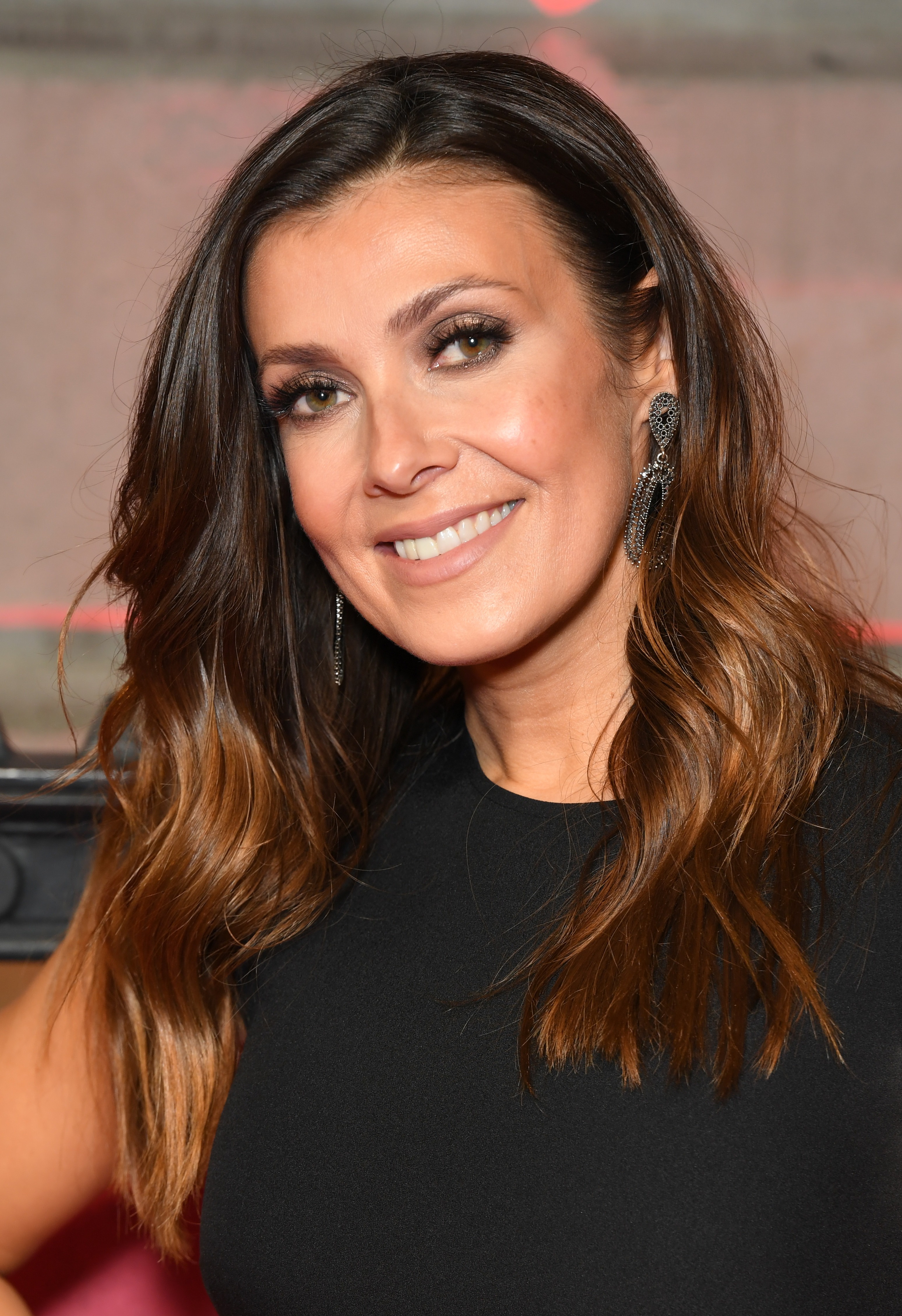 The Sun first told in November 2020 how Kym Marsh, Suzanne Shaw, Noel Sullivan and Danny Foster had all met and agreed to reunite, although Myleene Klass had ruled herself out.

They had hoped to tour the UK to celebrate the anniversary of their formation on ITV show Popstars, which was watched by almost 13million people in 2001.

However, plans have failed to materialise and they have now put the idea on the backburner, meaning they are unlikely to even pull it together for the 21-year milestone in 2022.

A music insider said: “A Hear’Say reunion would be really fun but these things take a lot of planning and hard work.

“Covid put a dampener on it because they couldn’t even start thinking about putting their plans into action until restrictions eased.

“But now Kym is completely consumed with spending time with her father Dave after he was diagnosed with incurable cancer. He has to be her priority right now and the other members completely respect and understand that.

“Unfortunately for their fans it just doesn’t look like it’s going to happen. Perhaps at some point in the future it could, but right now it’s off the cards.”

Hear’Say were one of the first groups put together on a reality TV show, an idea which went on to produce huge acts including One Direction, Little Mix and Girls Aloud.

They also had one of the biggest-selling debut singles of all time with Pure And Simple. It shifted 550,000 copies in its first week, more than double that of Adele’s comeback single Easy On Me last week.

Yet 20 months later, after Kym had quit the group, they split up citing “abuse from the public”.

It will be a real shame if they don’t get their moment to shine all these years later. Although given I can name only two of their songs, those reunion gigs would probably have been fairly brief anyway.

RITA Ora gets her priorities in order as she returns to the UK after a lengthy period away – grabbing PG Tips and milk from her local Tesco on her way back from Heathrow.

The glamorous singer has been in the US where she most recently performed at a charity gala in Texas – with many close to her saying she had grown sick of life here in favour of sunshine and fellow stars in LA. 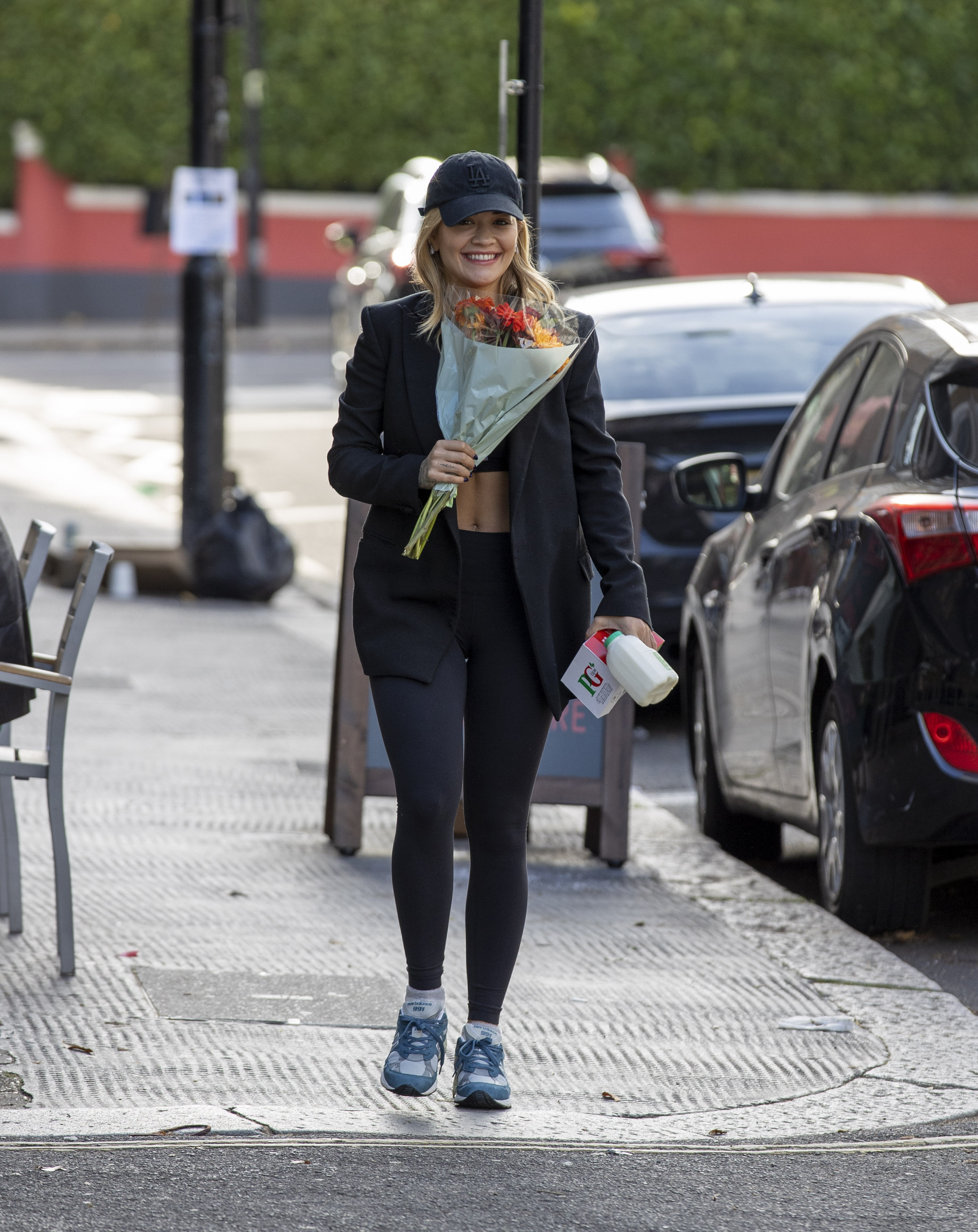 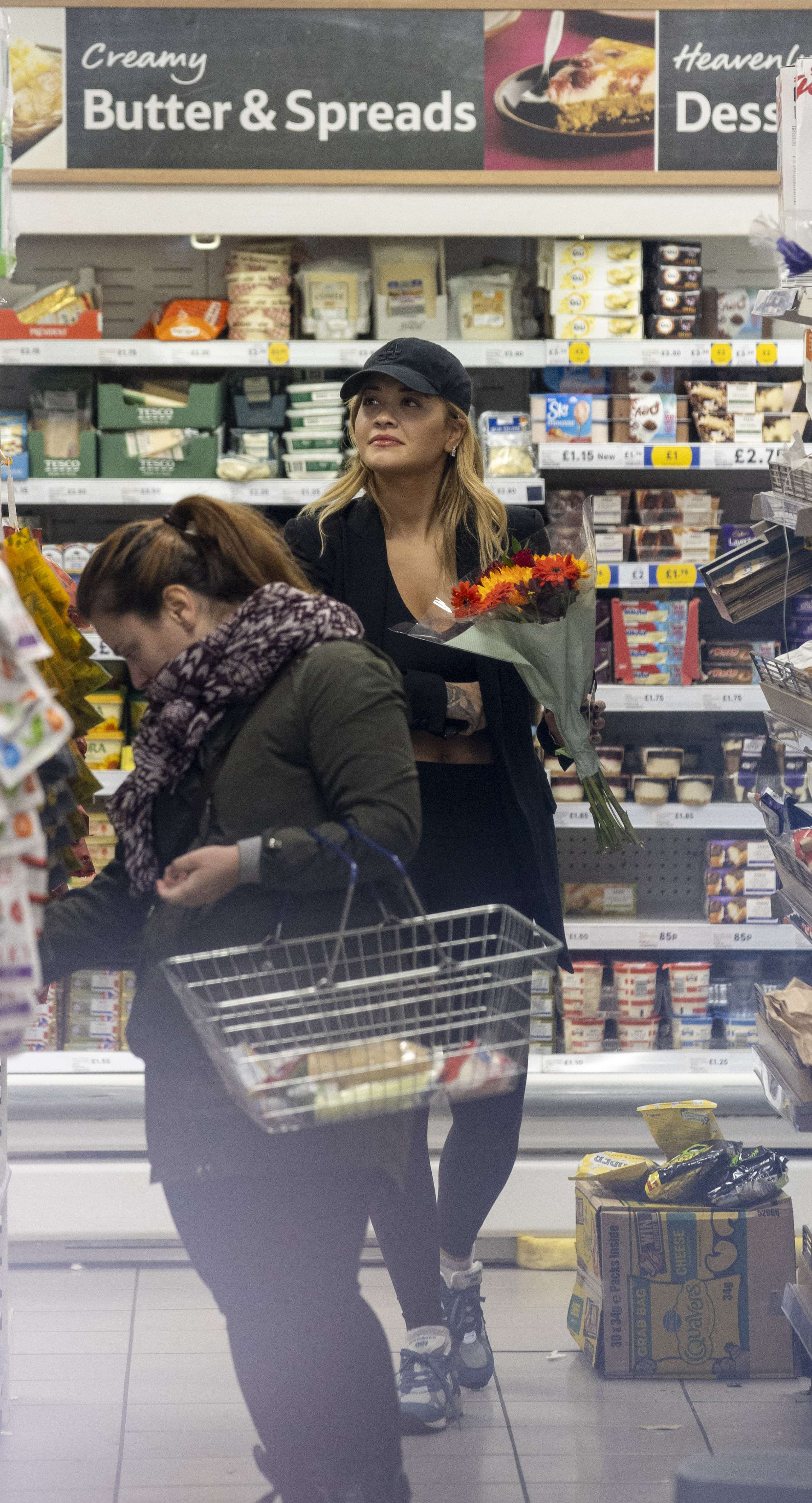 But sources tell me she is now back for good after buying a pricey new pad in North London, which has been renovated since she picked up the keys to the six bedroom pile last February.

The A-lister parted with a reported £8million for the reportedly “haunted” Victorian home – but has clearly vanquished any fears as she smiled after landing back in Britain yesterday.

With a smart new gaff to move into she’s clearly got plenty to be excited about.

LIAM PAYNE and Maya Henry are moving in with each other in time for Christmas.

They called off their engagement in the spring but I told in August how the singer and the American heiress had given their romance another go. 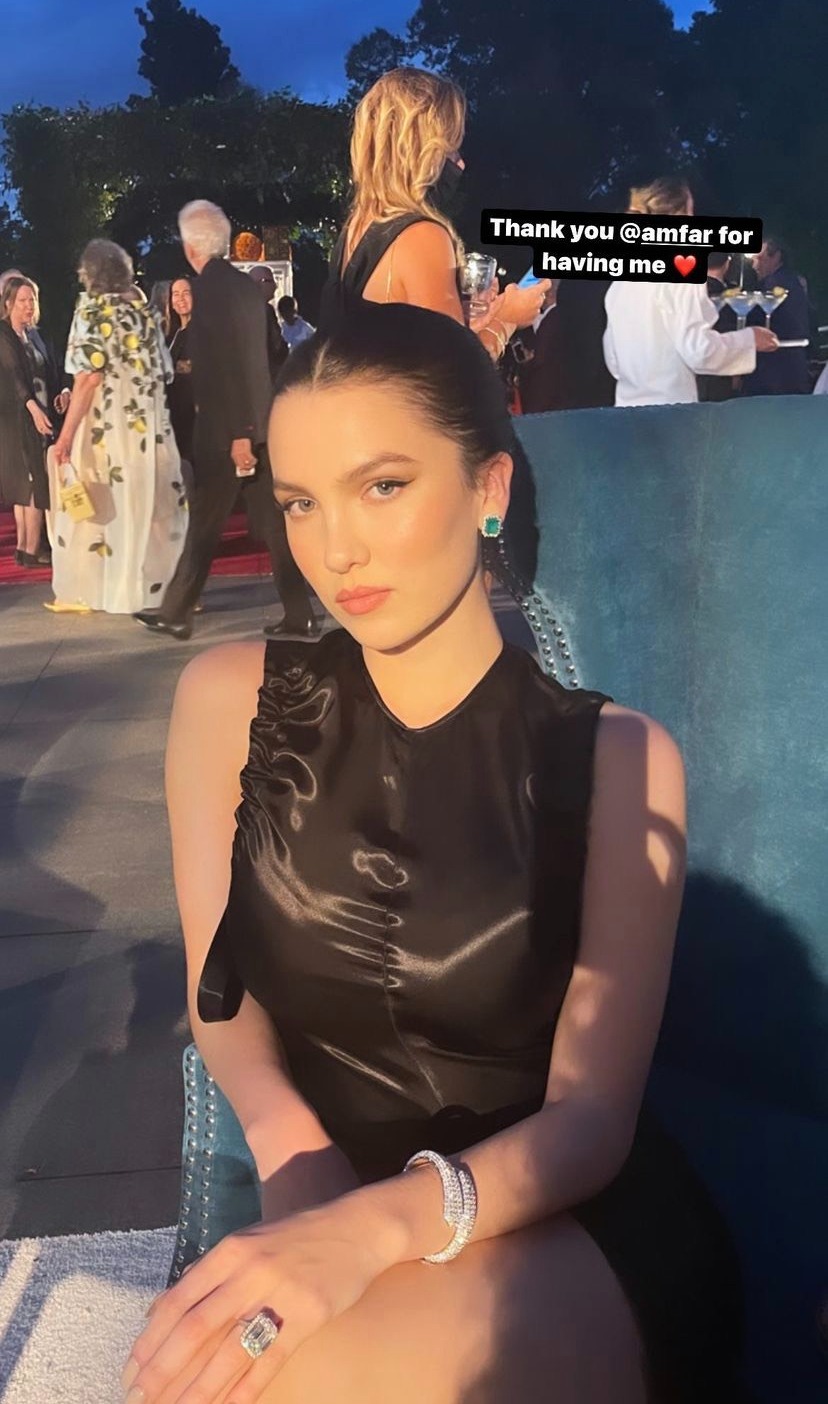 Now they are taking things to the next level again, with Maya jetting back home to the States to collect her dog Winston and bring him to the UK.

A source told me: “Liam and Maya are still taking things slow but they are in a really great place.

“Maya had been splitting her time between Liam’s new home and her central London apartment.

“Last week she flew home to the US to see friends and family as well as pick up her dog Winston and bring him back to the UK to live with her and Liam.

“He gave her the dog last Christmas but she took him back to the States when they split. The fact she is bringing him back to London shows she can see a future here with Liam.”

But in June, Liam revealed they had split and said: “More than anything at this point, I’m more disappointed in myself that I keep on hurting people.

"That annoys me. I’ve just not been very good at relationships. And I know what my pattern of things is with relationships at this point.

“I’m just not very good at them so I just need to work on myself before I put myself on to somebody else. That’s what happened with my last relationship.”

Now it’s great to see Liam in a good place once more.

Ed's on a roll

HIS fourth solo album Equals will be out on Friday, yet Ed Sheeran already has his fifth done, says his manager Stuart Camp.

Ed – who is currently isolating having tested positive for Covid – will release his next LP while doing his mammoth Mathematics tour, which kicks off in Dublin in April.

And Stuart says fans can enjoy a clutch of new songs in 2022.

Stuart said: “This tour is going to span three or four years, and there will be another record within that cycle, that was always the plan.

“It’s more a question of stopping him putting another record out the week after this one.”

Referencing the four-year gap between albums Divide and Equals, he added: “The material is there and it won’t be another four-year wait, I can promise you.

“Ed already knows what the next album is. He’s already got a track-listing for it, and I will get that changed over the next 12 months.

“Ed writes so many songs, and he wants to get them out, he doesn’t want them just sitting on his hard drive.”

In recent months the music industry has seen legends such as Bob Dylan, Tina Turner, Neil Young and Stevie Nicks sell their song catalogues for millions.

Stuart said: “Ed thinks it’s strange that there’s something he creates, puts everything into, something very personal, and then you hand over ownership. We are successful enough in other areas of our life that we don’t need to do that.

“We’ve been approach­ed, but it’s something he’ll never do.”

VICTORIA Beckham has become one of those people who refers to herself in the third person.

But Victoria, the same person as Posh Spice, said she hopes daughter Harper can benefit from some of her mad looks from over the years.

Of her Spice Girls alter-ego, she said: “I have so much appreciation for Posh. At the time, I was young and quite shy, so having Posh Spice as a persona fast-tracked me in terms of finding my inner confidence and self-belief.

“I’ve always loved fashion and beauty, and becoming Posh Spice taught me to trust my instincts and embrace my passions.

“Our wardrobe was incredible. My mum has an archive of my Spice Girl looks that perhaps one day Harper will enjoy dressing up in.

She also said that Richard E. Grant's appraisal that she was the funniest of all of the Spice Girls is definitely true, rather than po-faced reputation she has got over the years.

Talking to The Daily Telegraph in Australia, she said: “Those who know me know that I’m actually quite the opposite and I’m glad Richard agrees.”

Vogue's sight on the tiles

VOGUE Williams enjoyed a night on the bathroom tiles as she modelled a metallic dress.

The model turned TV presenter went back to her roots to promote fashion brand Little-Mistress.com. 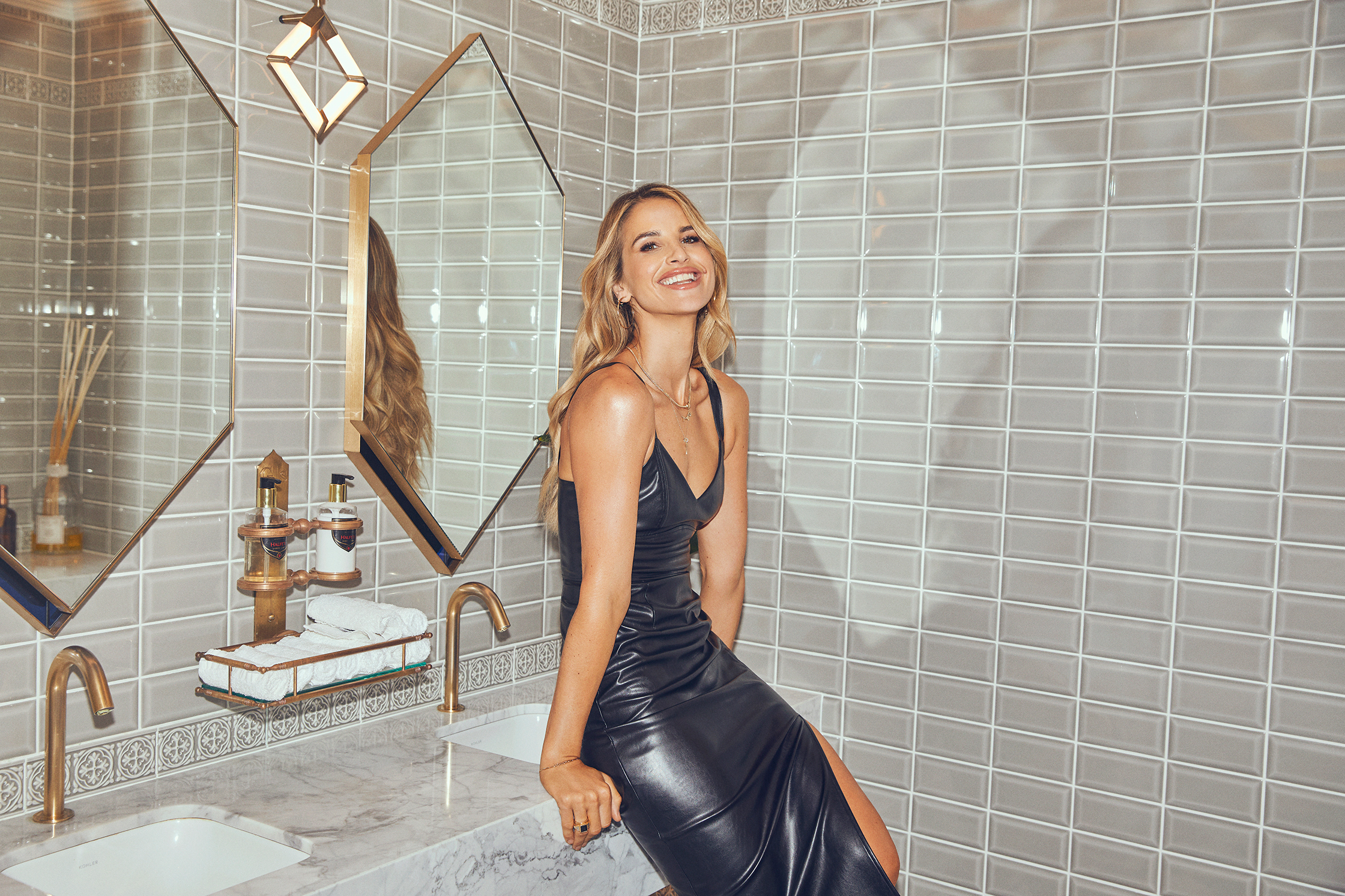 Vogue, wife of former Made In Chelsea regular Spencer Matthews, recently completed her first primetime gig in Ireland as the host of new TV show The Big Deal.

And fans will soon be treated to more of the same, as insiders told me Vogue had been signed up for a new primetime telly gig.

MNEK in mix with Jade

MNEK has teased he has unreleased songs he has written with Little Mix’s Jade Thirlwall.

He was responsible for many of the band’s hits but hinted there is lots more to hear from him and Jade.

The singer-songwriter told me: “We are always writing. We have written together for Little Mix and just general songwriting. I really enjoy working with her and that will continue.”

Asked if they will duet, he said: “That’s a good idea. I might try it.”

"Music has saved my life, so if what I do can help people through these hard times, it gives purpose.”

HARRY Styles did his bit for a fan watching his gig – helping them to tell their friends and family they were gay.

The former One Direction singer Harry clocked a female fan with a sign which said: “Help me come out” in Connecticut, in the US.

Raising the pride flag, he said: “Anyone particular you’d like to come out to?

"Is it for yourself? When I raise this flag you’re officially out, heard that’s how it works! She’s oooout!”