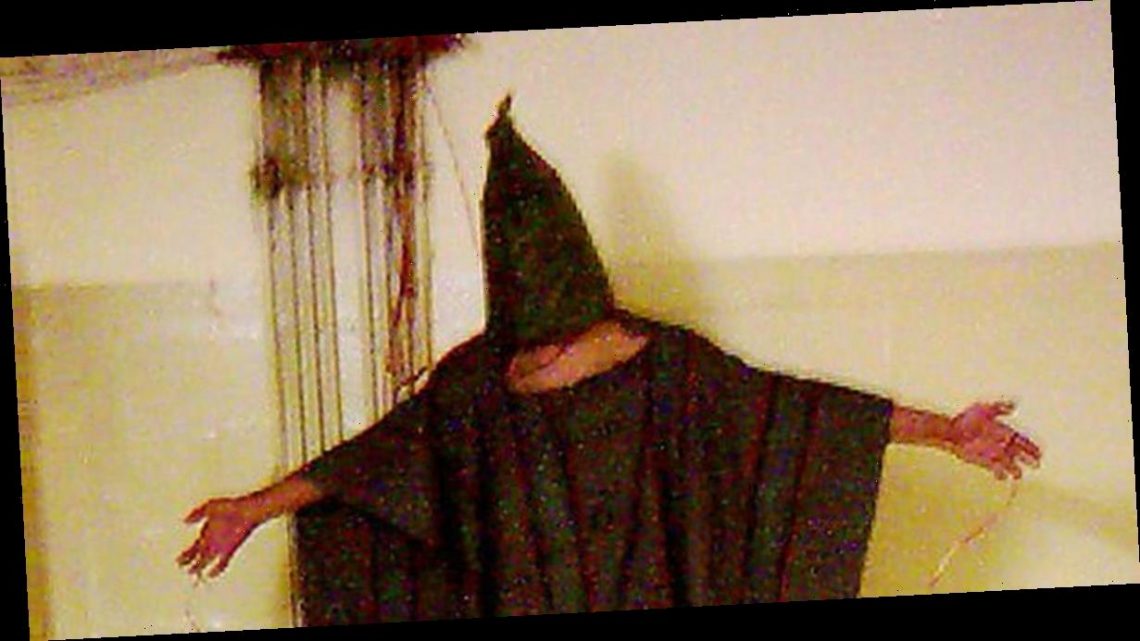 On September 11, 2001, the world watched in horror as two planes crashed into the Twin Towers in New York.

Hijackers had taken control of four passenger planes and in addition to the World Trade Centre, had also targeted the Pentagon.

Heroic passengers had managed to bring down the fourth and final plane.

America and the rest of the world was united in grief – but not for long.

George W Bush immediately declared a 'war on terror' to prevent anything like the terror atrocity happening again.

Human rights lawyer Cori Crinder said: "There was a fear that there was going to be another attack.

"There was a sense of urgency to prevent that happening at any cost."

And one photo has revealed that some US troops took this very literally, torturing, abusing and sexually assaulting Iraqi prisoners.

That image is now believed to have been vital in ending the barbaric practice and is examined in History's Photos That Changed The World.

In March 2003 the US, along with allies including the UK, invaded Iraq.

Within a month, the conflict was deemed over and a huge military success for the US and its allies with Saddam toppled and in custody.

But there were fears of the rise of the insurgents and military still stationed in the Middle Eastern country took drastic action.

Many were locked up in the notorious Abu Ghraib prison.

It had been opened by Saddam Hussein in the 1980s and housed up to 4,000 prisoners who had protested against its brutal regime.

Following the invasion by the US and its allies it had been hoped that  the prison doors would remained closed forever, along with the brutal practices that had occurred within its walls.

Chillingly, that would not be the case as the immense facility was repurposed as a military jail which contained almost 7,5000 prisoners by March, 2004.

Just two months after George W Bush had declared the people of Iraq free, disturbing news began to leak from the prison.

In Novemver, 2003, Manadel al-Jamadi died after he was interrogated and tortured by a CIA officer and a private contractor.

In harrowing photos his corpse, by now packed in house, can be seen in several images of grinning US troops inside the prison.

There are reports of inmates being raped with "a chemical light and possibly a broomstick", while other gruesome accounts claim many others housed within Abu Ghraib's walls were victims of sexual assaults.

Images of soliders giving a thumbs up gesture in front of a pile of naked Iraqi prisoners appeared, along with photographs of others smeared with excrement or chained to metal beds naked.

And this seemed to be only the start of the abuse.

As more pictures of the brutality inside the prison emerged, the picture they painted was becoming increasingly horrifying.

Inmates being forced to perform oral sex, being initimated by dogs and being hun upside down.

One of the most harrowing images was of a hooded man, standing on a cardboard box that could collapse at any time, truly brought home the level of torture and violence within the prison – all being carried out by US troops.

If the box collapsed while the man was standing on it, he would be punished.

Cori Crider said: "They were held in a painful position and if he had moved, he would die.

"It was never intended that these photos should be seen but there were those in the military who were aware of them."

When the images became public the reaction in Iraq, America and around the world was one of horror and revulsion.

It was deemed to be putting US troops in Iraq in extreme danger because feelings were running so high over the harrowing photos.

Just 11 soldiers have been convicted of crimes in relation to the photos, with most only receiving minor sentences.

No one was ever been convicted of the murder of the prisoners.

A final report into what happened at Abu Ghraib has ruled that the US military and political leaders were not to blame for what happened.

History's Photos That Changed The World is on tonight at 10pm.

UK terror threat level is downgraded from 'severe' to 'substantial'