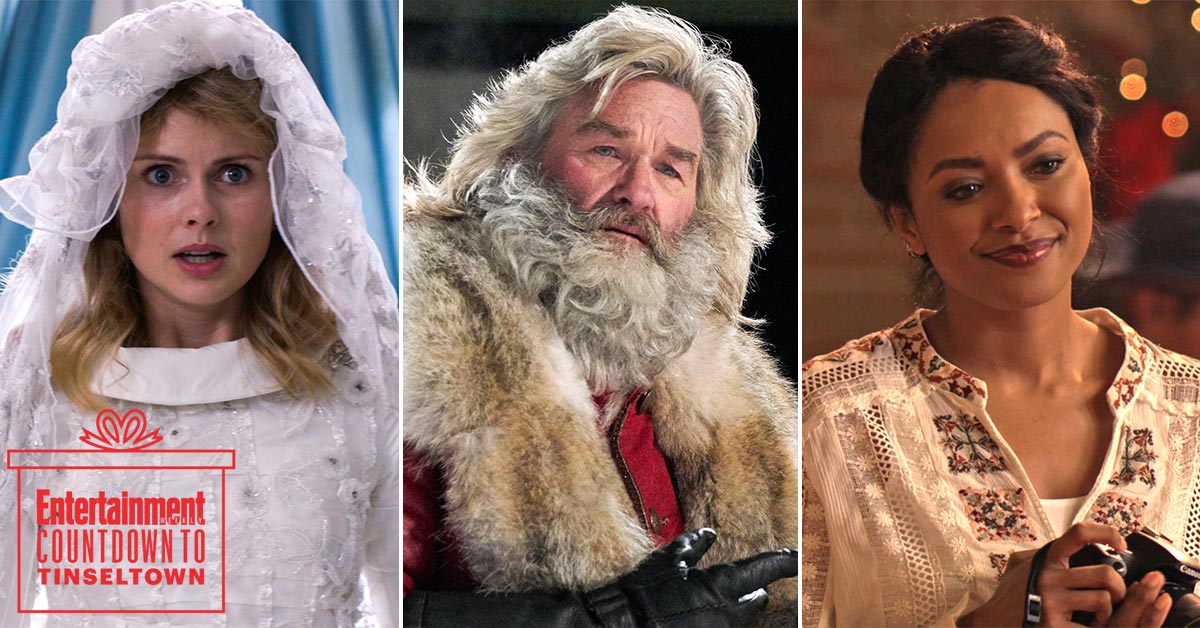 There was a time when the words “holiday movies” made most people think of Hallmark (37 new movies this year!) or Lifetime (14!) and their barrage of festive content carefully cultivated for Christmas lovers out there, intent on harnessing all the holiday cheer possible — but that was pre-2017.

Not content with producing its own original shows, specials, and movies (who could forget the summer of love?!), and possessing the rights to the full back catalog of Friends episodes, Netflix marched into new territory two years ago. That territory is sprinkled with light, clean snow and full of beautiful people who wear light coats and no scarves and never get cold and tall men who truly believe in the power of Christmas and remind ambitious career women what the big city is missing (Christmas spirit, love, cookies). Yes, it’s a magical realm, but also a highly profitable one, so it’s unsurprising that the streaming giant would want to leave its own snowy footprint.

Netflix’s Christmas collection does mostly what you’d expect: Initially, watching one or more of these festive flicks makes you feel guilty for devoting an afternoon to such viewership when there’s serious television and artsy movies out there. Then, they ease you into a warm, fuzzy feeling as you’re inexplicably drawn into romantic nonsense about princes in made-up, vaguely European-sounding settings and hometown honeys who never forgot the girl that grew up next door. Ultimately, they leave you oddly optimistic (wine helps) about embarking on the holiday season — or maybe even another Christmas movie, conveniently just a click of the remote away.

While Netflix might add a little more diversity to its lineup than Hallmark has been known to, and certainly spends more money on production, the movies still follow the same easy-to-digest recipe and fall into that cute cookie-cutter mold that often leaves you feeling like you’ve seen this movie before. And yet, their appeal is as hard to define and quash as Christmas spirit itself, so you may as well give into it. Heck, that inexplicable appeal is so intense that the streaming service’s most recent installment, The Christmas Chronicles, hit 20 million streams in its first week alone!

Here’s what you need to know about each of Netflix’s merry movies to guide you through the holiday period:

An instant classic, Netflix’s first flurried foray into the holiday movie market made quite an impression, leaving many people with scores of unanswered and unanswerable questions. A journalist (Rose McIver) travels to the land of Aldovia (it’s somewhere in fictional Europe and probably borders Genovia) to cover a press conference about the ascension of the country’s prince (Ben Lamb) to the throne. You can guess what happens next. Hey, we told you originality wasn’t key or coveted by the holiday-movie honchos. A solid ❄️❄️❄️❄️ (of five possible ❄️s) on the Christmas spirit scale.

With a small town called Snow Fall, a handsome man in exactly the right place at the right time, and a woman who does shots and cartwheels (certainly not something you’d see on Hallmark!), Christmas Inheritance has everything you might want in a holiday hit, and yet — like an ill-timed, tipsy cartwheel — it falls a little short. There is one added bonus in the form of Andie MacDowell to liven up this borderline bland film, though! Christmas spirit scale: ❄️❄️ (Mostly for the hometown hottie played by Jake Lacy.)

No time like the holidays for some diversity! Finally someone other than a white girl with perfect hair stars in a holiday flick (in this case Kat Graham), and The Holiday Calendar is all the better for it. Yes, it’s about a magical calendar that predicts the future, but honestly the most magical moment is the meta one when the characters browse through other Netflix holiday movies trying to figure out what to watch. Self-promotion is very much in line with the message of Christmas, right? Christmas spirit scale: ❄️❄️❄️

I’m not sure you should be attracted to be Santa, but heck, The Christmas Chronicles doesn’t leave you much choice in the matter. Kurt Russell stars as the man in the red suit, who winds up enlisting the help of a sibling duo (yes, you recognize that little cutie Darby Camp from Big Little Lies) after a sleigh mishap. There’s a jailhouse musical scene, talking/dancing/singing elves, and a surprising cameo in the last moments that makes it clear why this Yuletide adventure scored so, so many streams and secured its spot as a holiday hit. Christmas spirit scale: ❄️❄️❄️❄️❄️

Imagine if you took The Parent Trap, got rid of the parents, but added some royalty and set it at Christmastime, and you’ll pretty much understand the premise (and charm!) of The Princess Switch. As is typical in holiday movies set in regal surroundings, nothing really has the appropriate level of opulence and pomp, and Vanessa Hudgens’ aristocratic English accent is far too affected to be believable, but hey, we’re suspending our disbelief as it is, so why not go all in? The inclusion of a Christmas-themed bake-off also helps land this flick on the nice list. Christmas spirit scale: ❄️❄️❄️

A Christmas Prince: The Royal Wedding (2018)

In the sequel to last year’s instant hit, that quasi-journalist Amber is doing so well on the career front that she’s now a professional blogger! But while things are improving for her, the prince, nay, king’s country’s economy is crumbling around him. So of course they’re preparing for a fabulous (by holiday-movie-budget standards) wedding! What? Are lavish parties not the thing to do when under financial duress? Can’t wait for the third installment: A Christmas Prince: The Royal Revolt. Christmas spirit scale: ❄️❄️

“Christmas Eve has turned into a nightmare” is literally a line in this movie! Um, this film has nothing to do with the joy of the holiday season — there’s Tim Allen, guns, and even a bloodbath. If you hate the holidays, watch this and revel in all the bah-humbug vibes. Christmas spirit scale: ❄️

All titles available on Netflix now.