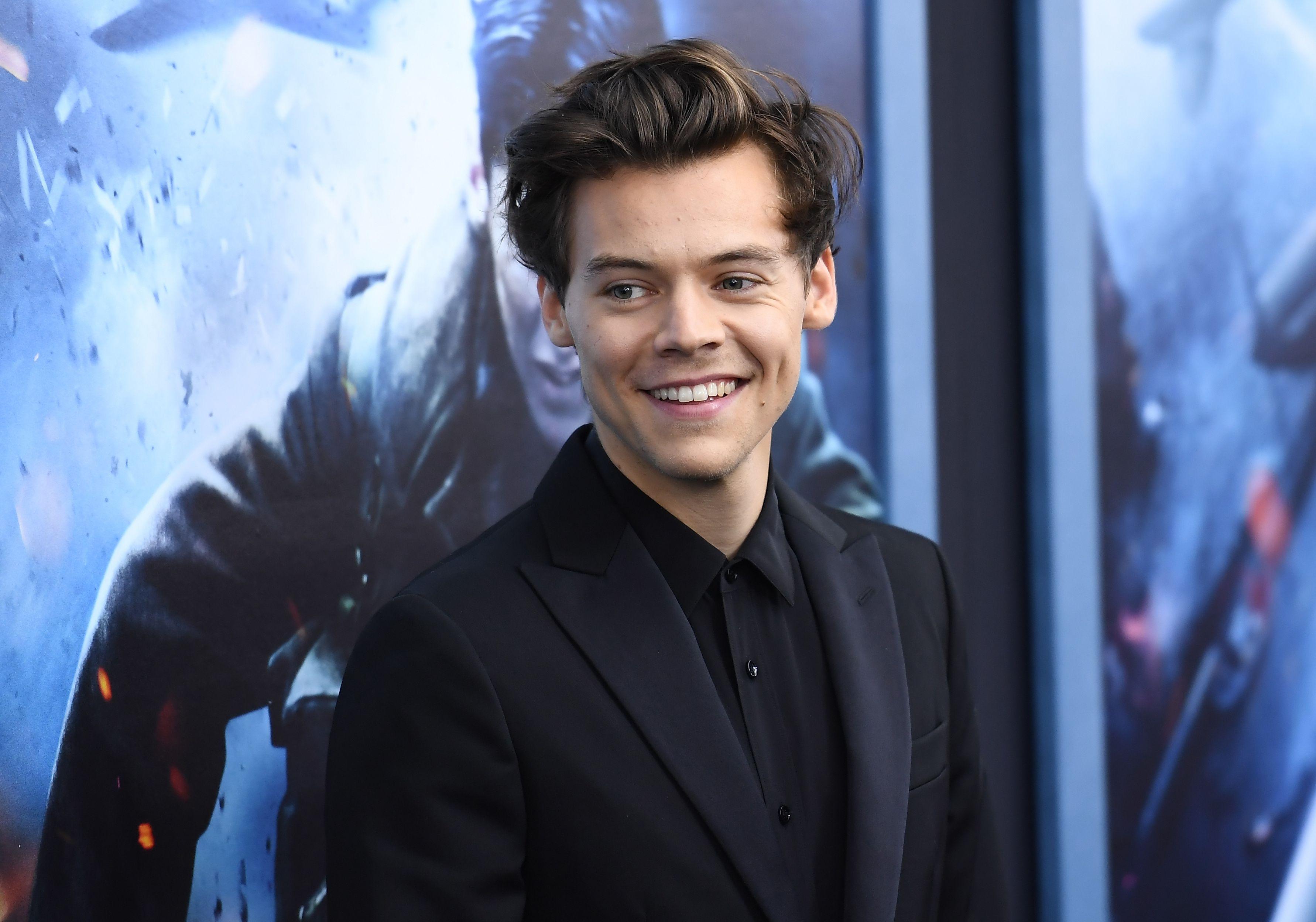 After a stellar career in One Direction, as a solo artist and as an actor in movie blockbuster Dunkirk, I can reveal his TV show Happy Together has been canned after just two months. 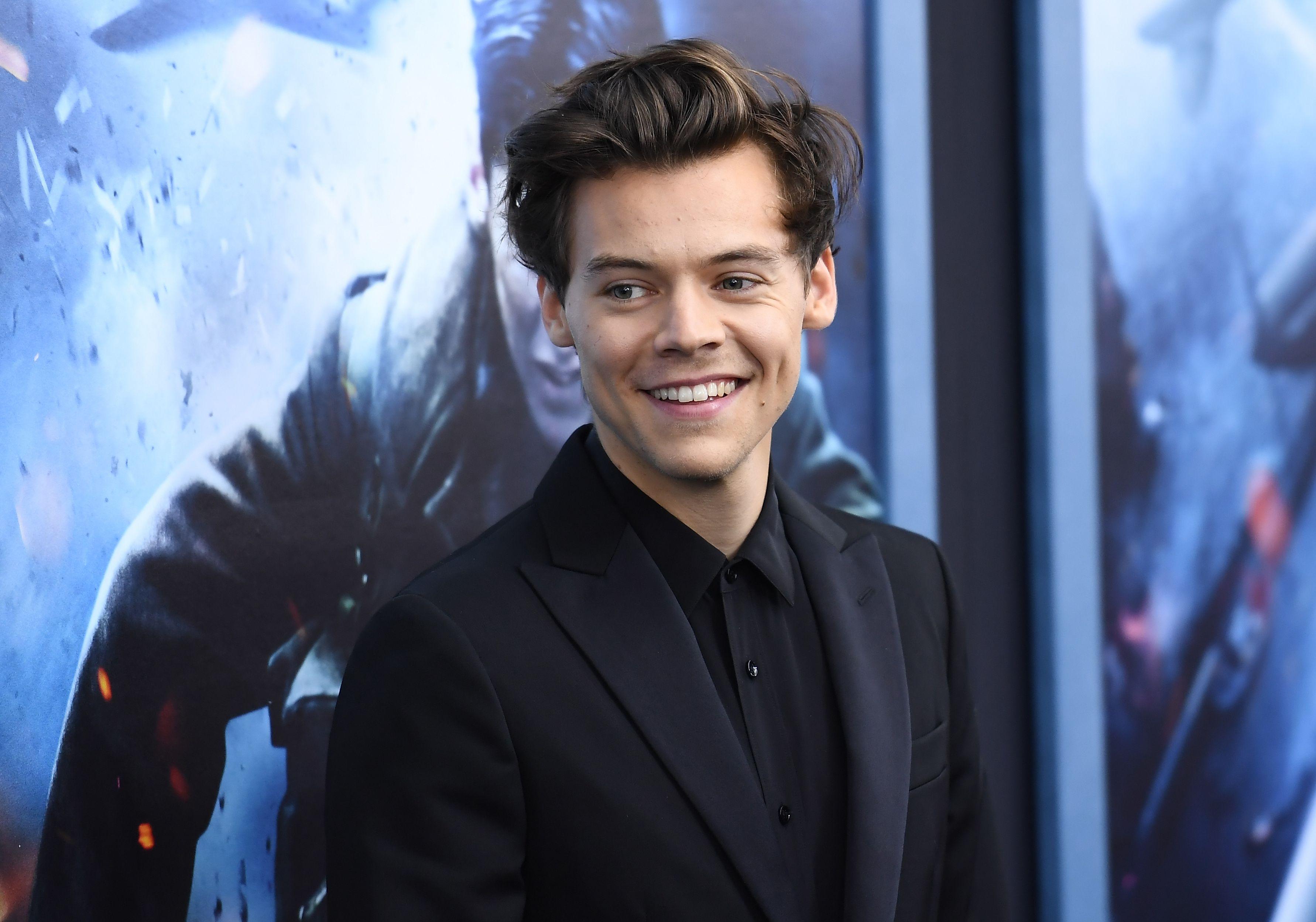 Harry is executive producer on the US sitcom, partly based on his past and about a young couple whose lives are transformed when a pop star moves into their home.

CBS axed it because of the poor viewing figures, which saw ratings plummet to just 4.5million.

The network splashed millions of dollars in promotion.

But it could not get Harry to make a cameo, despite the series said to be based on his story after he became famous through The X Factor.

An LA TV source said: “Happy Together just kept underperforming from week one and its time was limited.

“In the end CBS just walked away.

“One of the major problems was the fact Harry would not appear in the series, even though the show was promoted around his life.

“He didn’t attend any major PR launches or even spend just a few hours with the cast. 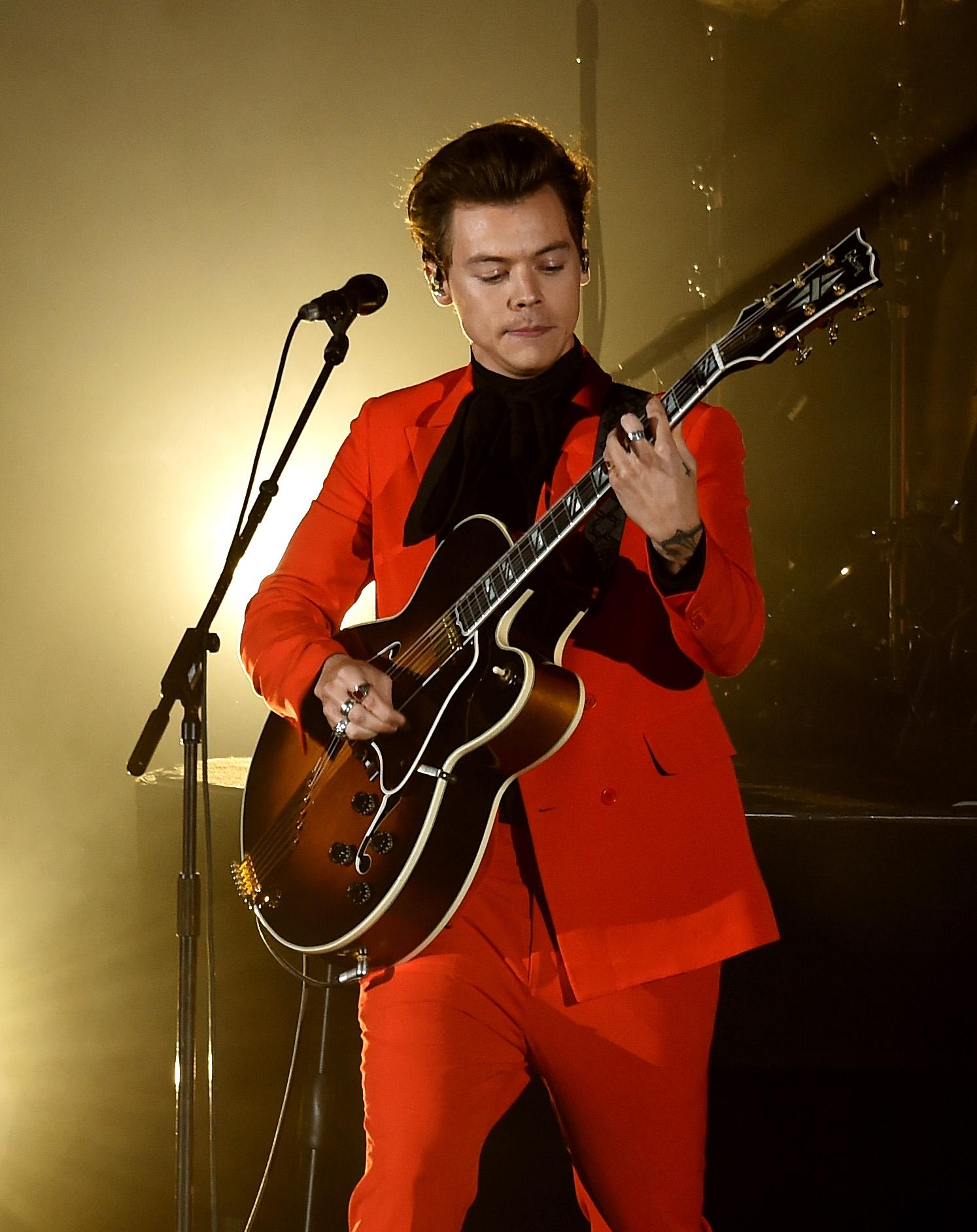 “CBS can’t waste time hoping for fans to tune in.

“It’s not a great start to Harry’s TV career.”

CBS last week removed the show from its schedules without explanation, before confirming on Friday that the series was dead.

The network will screen its remaining episodes but it will not return in the new year. 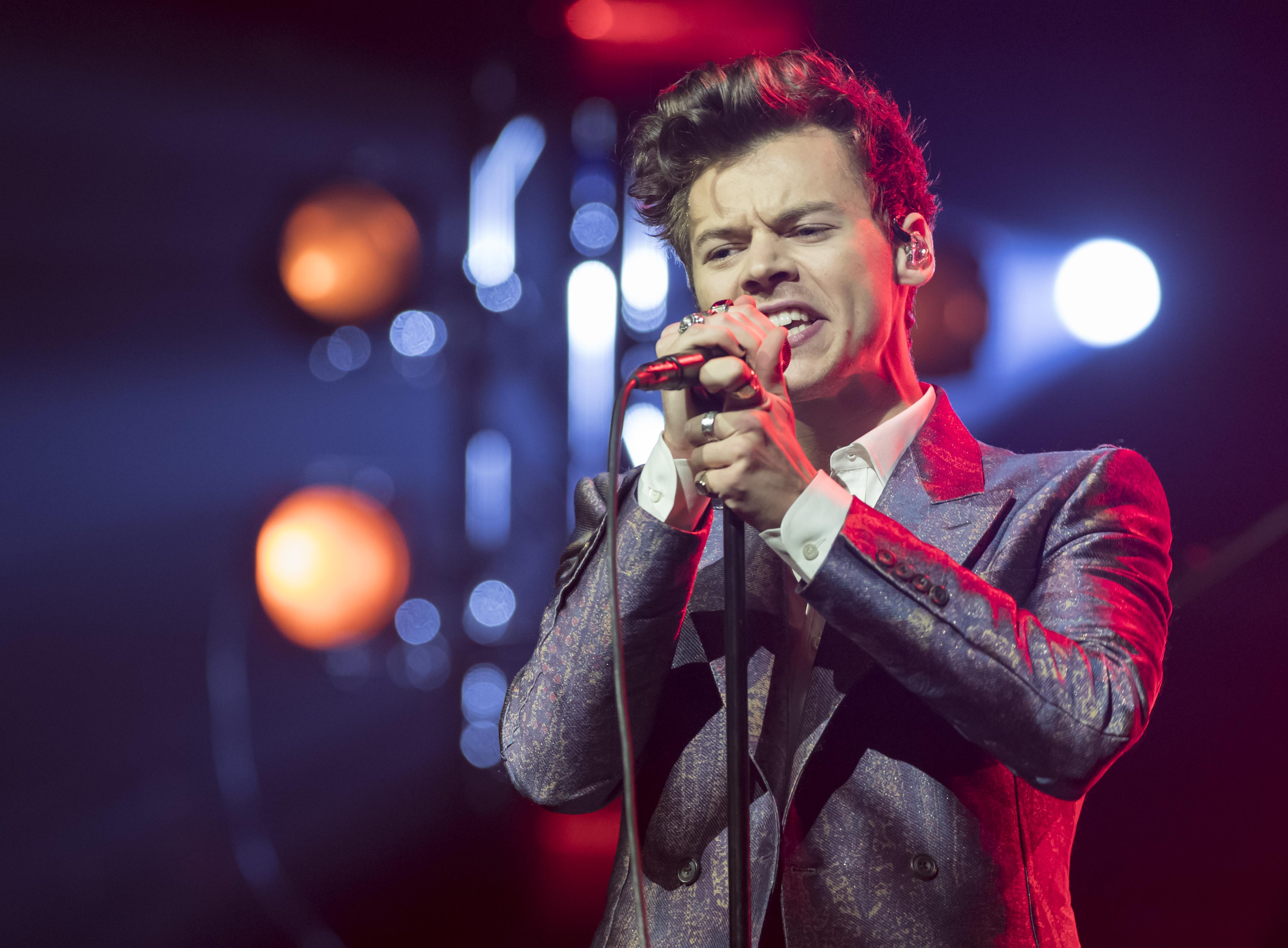 However, it’s not all bad news for Harry.

He still took home around £100k from the programme, even though he only managed to attend just over an hour of filming on set at the LA studios.

Then again, while it’s a large wad for me and you, Harry could probably find that much down the back of his sofa.

Ri's got knicks in a twist

RIHANNA strips to her suspenders and twists raunchily towards the camera in this Instagram snap shared yesterday.

The singer also wore an orchid-filled hat in the flower-themed image to promote her Savage X Fenty lingerie line for Christmas. 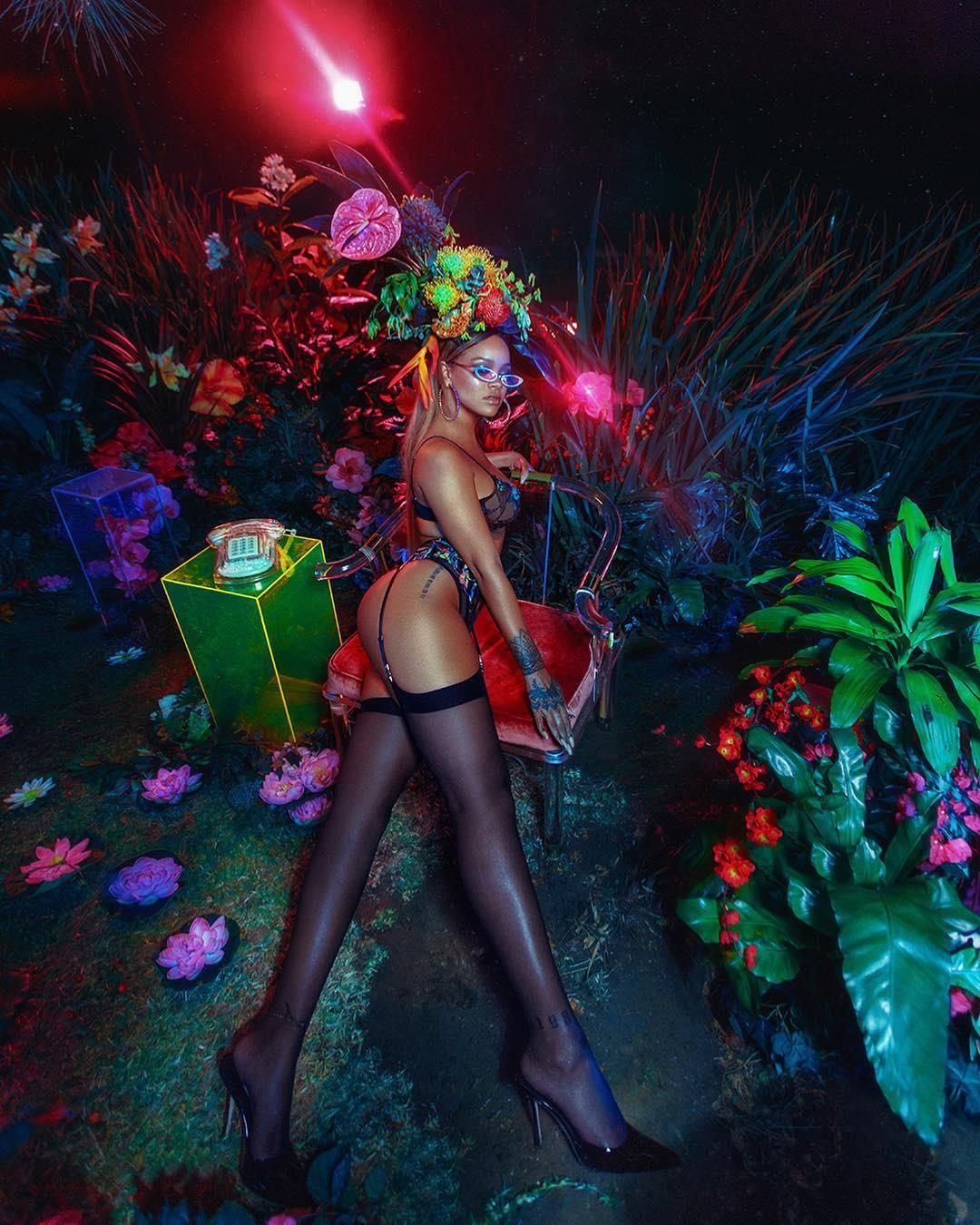 Last week it was revealed she is still “very much smitten” with billionaire boyfriend Hassan Jameel.

That came in response to rumours she had split from the Saudi over the summer and was back in contact with former lover Chris Brown. 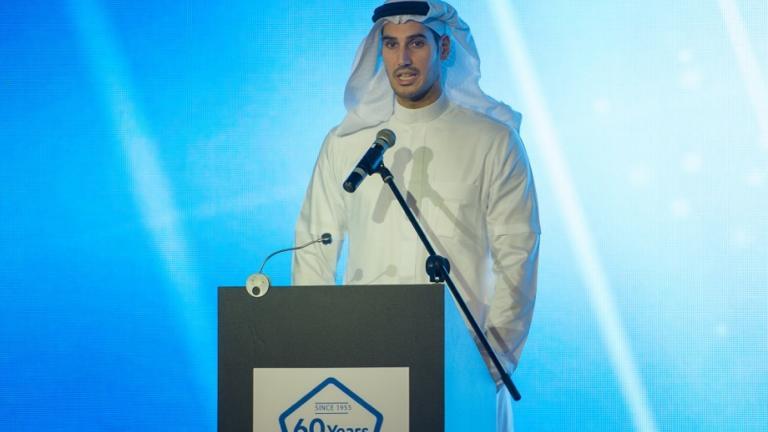 A source said: “Rihanna and Hassan have amazing chemistry.”

Their romance isn’t the only thing that’s blooming.

BIZARRE’S theatre critic Benjy Potter steps into the festive season with a one-of-a-kind carol concert . . .
Their performance of gospel standard Stand By Me at Prince Harry and Meghan Markle’s wedding touched millions but The Kingdom Choir are far from a one- trick pony. 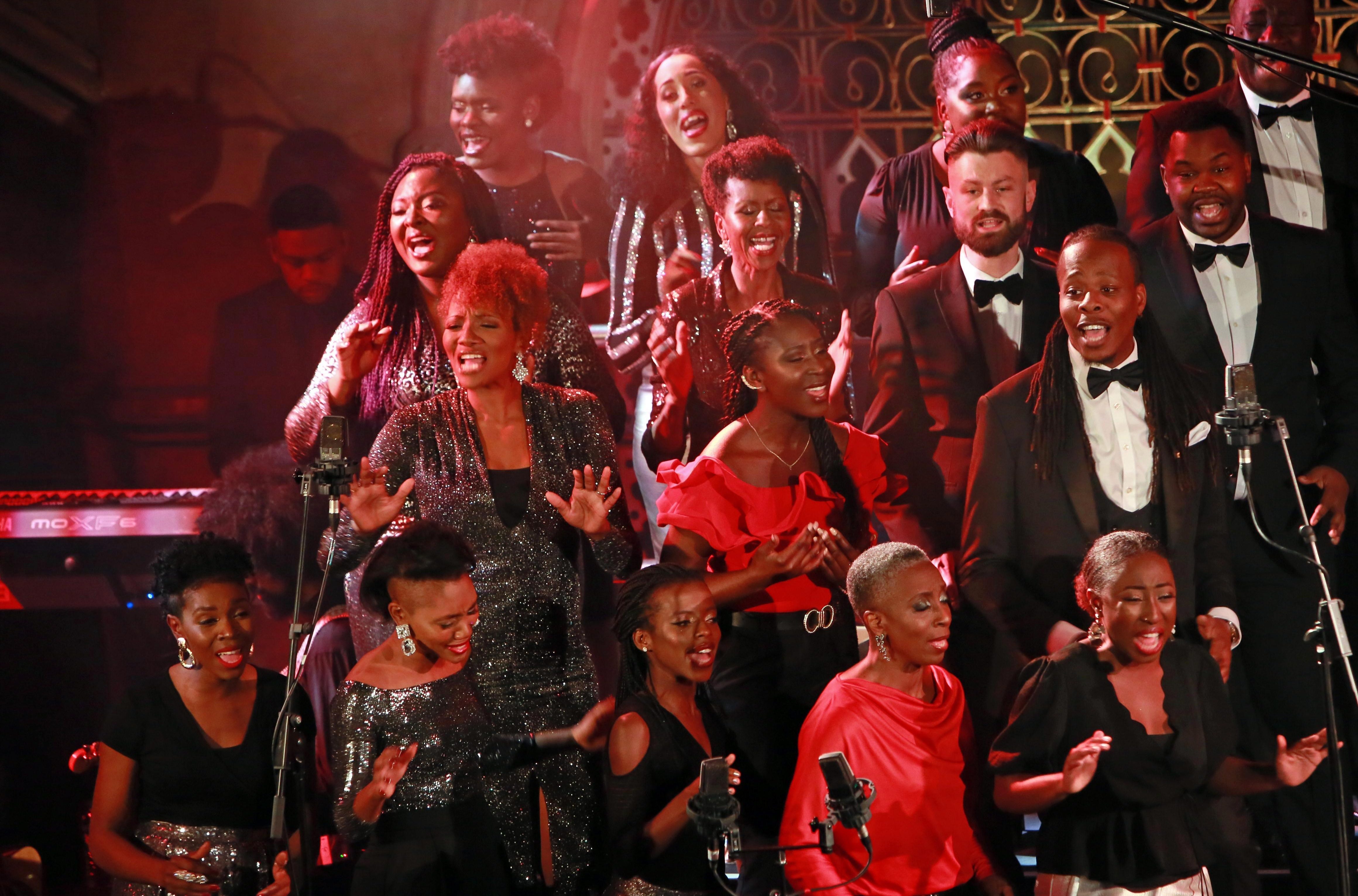 Part carol concert, part sermon – the concert is a happy clappy affair telling the story of the Windrush generation’s arrival in London and the choir’s eventual journey to the royals’ big day.

They never miss a beat, with show-stopping renditions of John Legend’s All Of Me, Beyonce’s hit Halo and their version of The Holidays Are Coming, which features in the Coca-Cola advert.
A stand-out gospel worth spreading.

Is Dua bored with awards?

DUA Lipa shows her resting brunch face before scooping yet another award at an industry lunch.

The Brit superstar pouted in this backless white gown at the second annual Variety Hitmakers Brunch.

She accepted the gong for Breakthrough Artist Of The Year in a speech at the Sunset Tower Hotel in Los Angeles on Saturday. 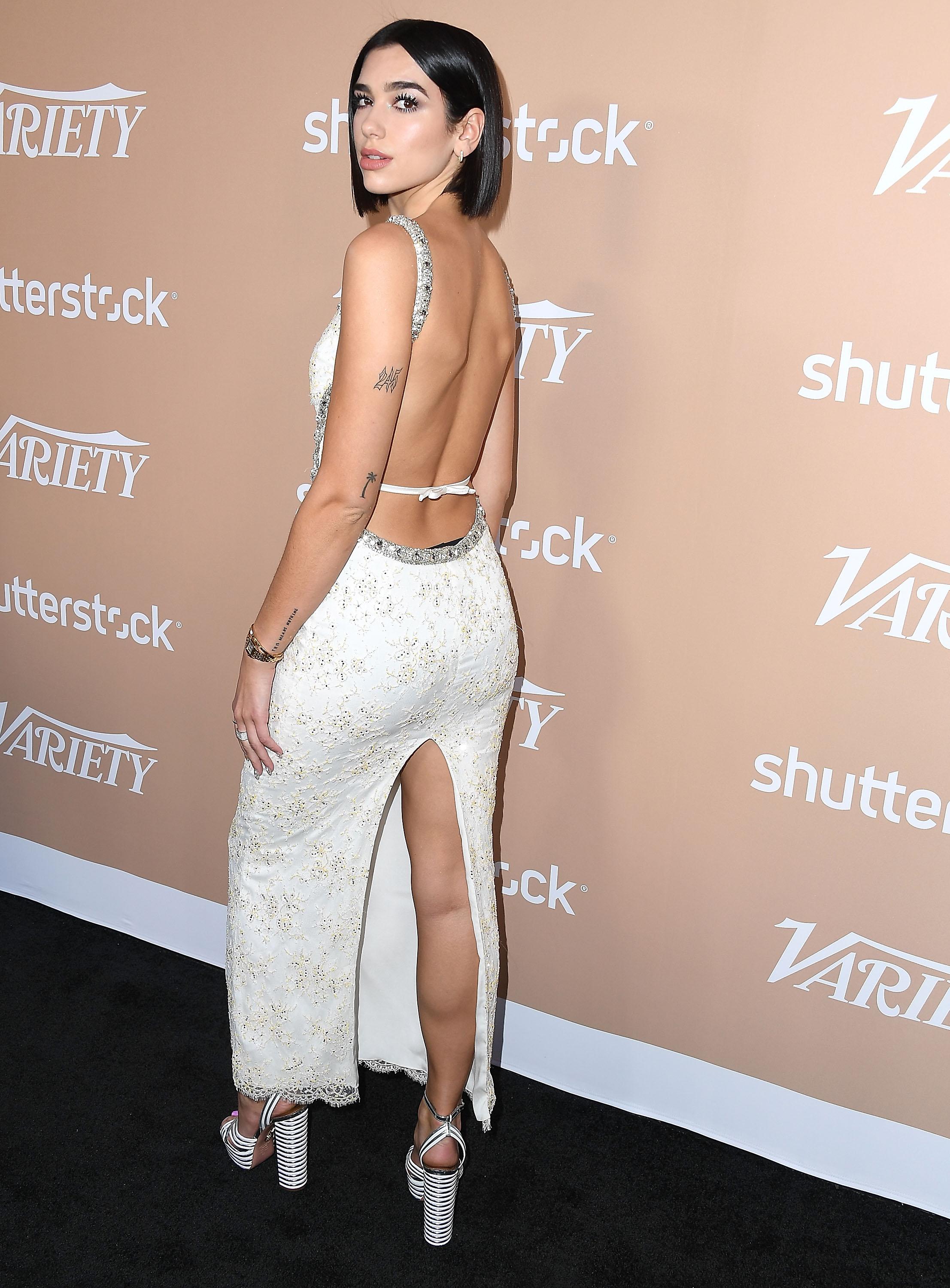 It’s the latest in a string of recent accolades for Dua, who later joined Songwriter Of The Year winner Bebe Rexha.

They include an MTV Europe Music Award for Best Pop and the coveted International Music trophy at Berlin’s Bambi Awards, both won last month.

No wonder she looks a bit bored with winning.

CALVIN Harris and girlfriend Aarika Wolf are feeling the puppy love – after buying a pet dog.

US model Aarika has been showing off cute golden retriever Boris, right, to friends and has even set up an Instagram account for her pride and joy.

It comes just weeks after she and Scots DJ Calvin got a cat, Gregg. 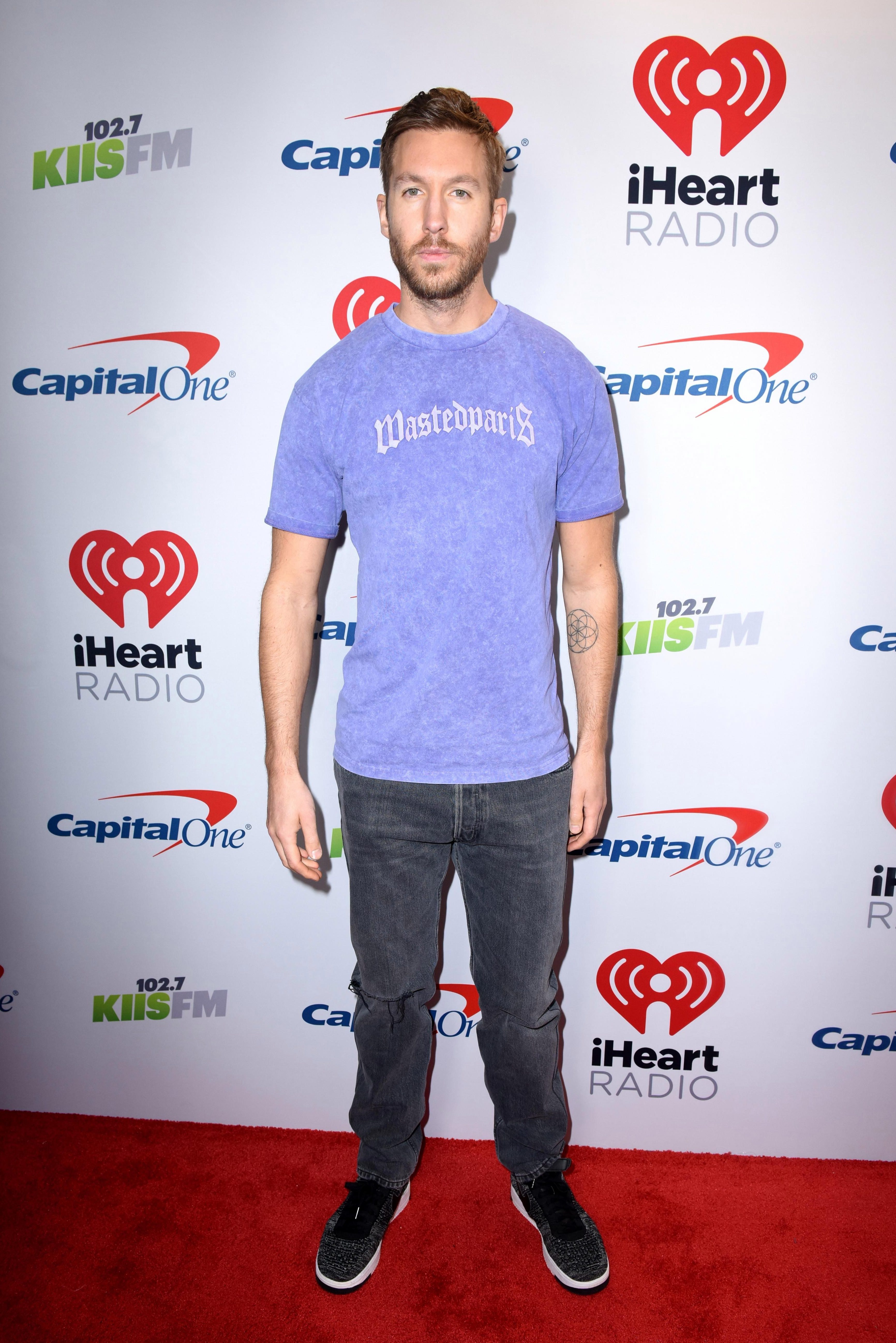 Calvin has had failed relationships with Rita Ora and Taylor Swift, but is finally settling down.

Aarika has been living with him in Los Angeles for almost a year and he flew her to Ibiza in the summer so she was with him during his DJ sets.

Boris and Gregg probably won’t be ones to take to an all-night rave, though.

ARIANA Grande’s ponytail is so tight she fears her hair will one day all fall out on stage.

She says in her Dangerous Woman Diaries YouTube docuseries: “My nerves in my scalp are just like, ‘whatever’, they’ve just given up.

"I used to get headaches, now my scalp’s just like, ‘Good luck today’. 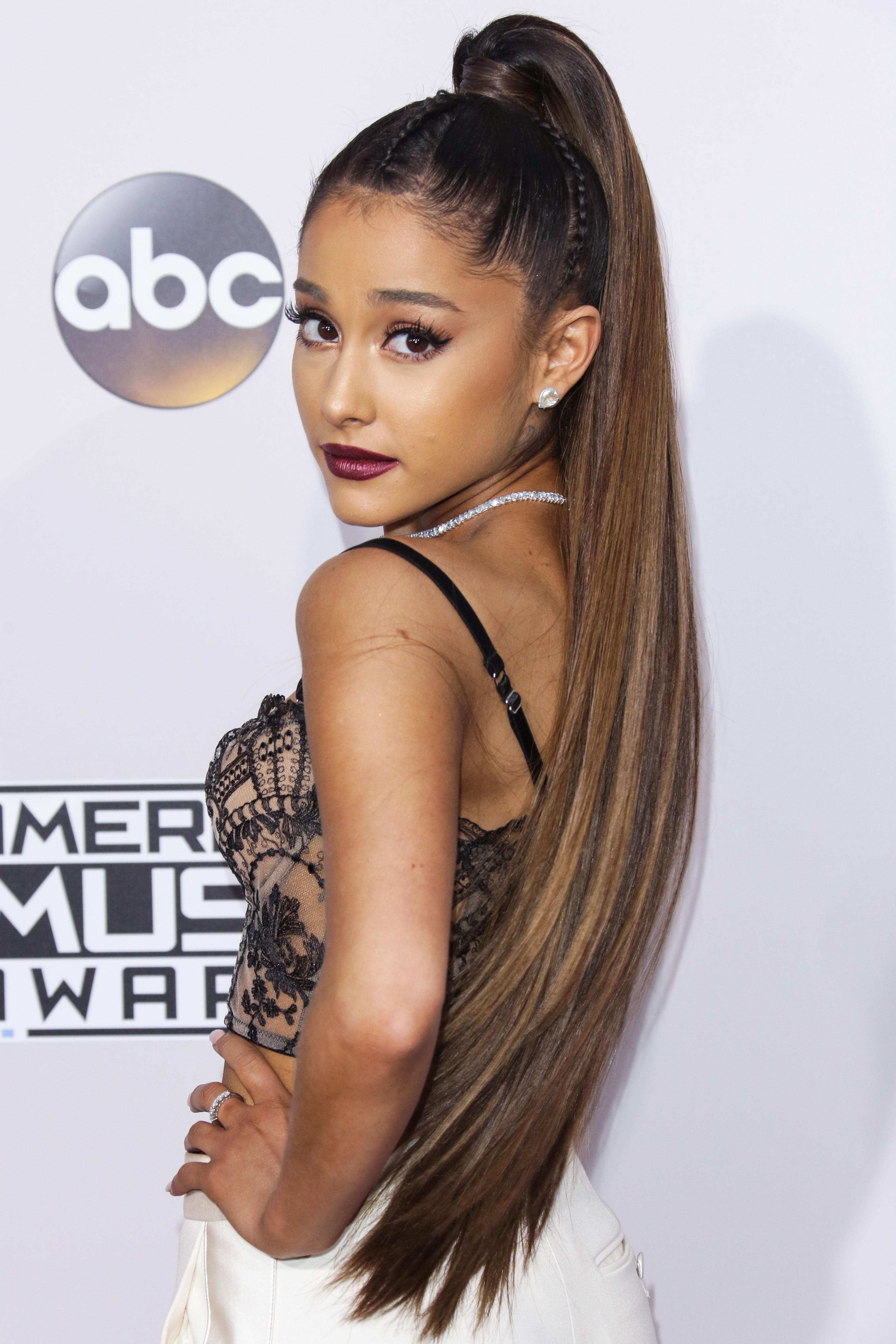 “I have this vision of me being on stage and one day just me being like, ‘I’m gonna be all right,’ then I turn and from the root, all of it just gives up.

From the root, all of it. Not like, ‘Her extension fell out.’ Scalped.

“I have this vision of each root being like, ‘Weee!’”

I’m no hairdresser, but perhaps a haircut could be an easier option.

NOBODY does Christmas quite like Mariah Carey – and here she is getting her baubles out to prove it. 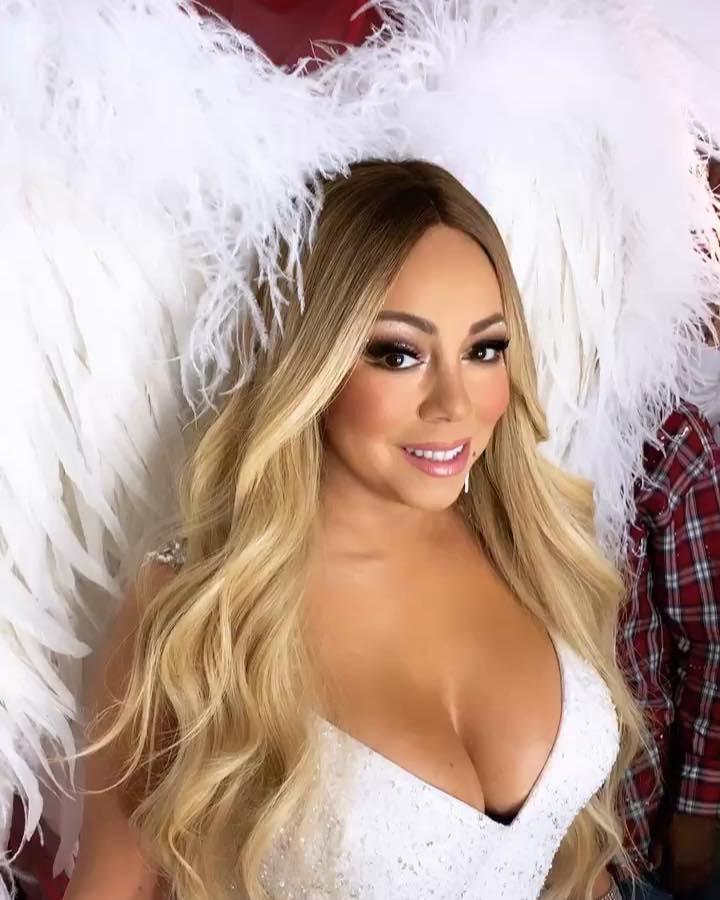