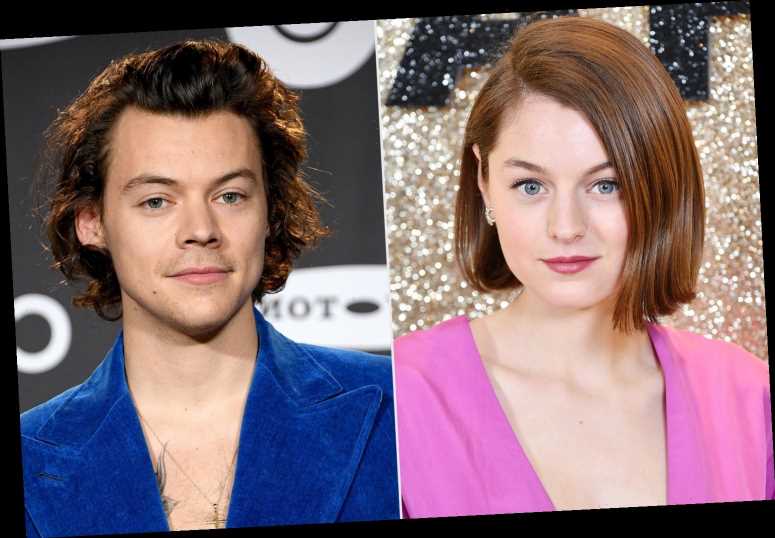 Harry Styles is adding more acting credits to his name — this time with The Crown breakout Emma Corrin.

Styles, 27, and Corrin, 25, will star in Amazon Studios' upcoming film My Policeman, the studio confirmed on Friday.

My Policeman is set in the 1990s where Tom (Styles) and Marion (Corrin) welcome an ailing Patrick, an elderly friend of Tom, into their home. The movie will then explore events that happened 40 years earlier when Tom and Patrick were in a passionate relationship at a time when homosexuality was illegal.

The movie is based on the 2012 novel of the same name by author Bethan Roberts.

Corrin joins the drama after breakout success playing Princess Diana in the latest season of Netflix's The Crown. She recently earned Golden Globe and SAG Awards nominations for her performance as the late former British royal. The two already appear to be pals, with Corrin revealing in a Tonight Show appearance last November that Styles once watched her dog.

On the show, the actress detailed the one time that Styles dogsat for her black scruffy pup Spencer, noting that after his experience it was enough to say "not again."

"I was having dinner sort of near where he lives and he looked after Spencer for me," she said. "But not again. He hasn't done it again."

"I think it's because halfway through the meal I got a message that just said, 'He won't stop farting is this normal?' " she told host Jimmy Fallon with a laugh.

Cigna plans to pare its global ad and PR agencies, and it could be a big loss for IPG, Omnicom, and Edelman
World News