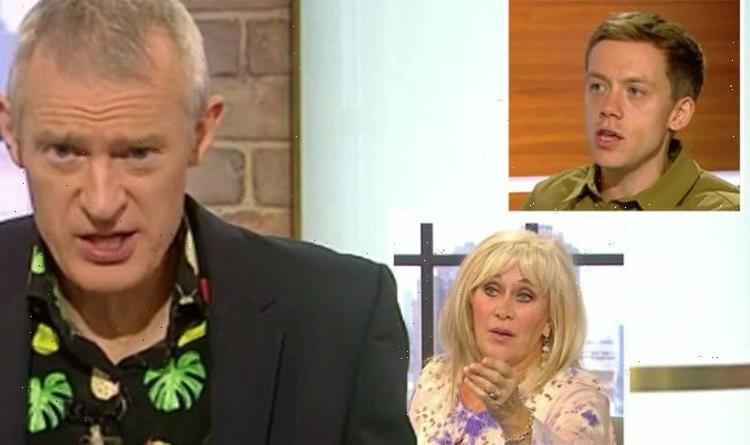 Jeremy Vine invited Daily Express columnist Carole Malone and The Guardian’s Owen Jones onto his Channel 5 today on Wednesday to discuss the rise in drug-related deaths in England and Wales. The host asked the guests whether they thought decriminalising drugs could help solve this problem and reduce the number of deaths. However, Jeremy was forced to step in when the pair continued to interrupt each other and clash on the issue.

Carol said: “I just do not get the argument, drug deaths are rocketing…”

“But they’re illegal,” Owen interjected and Carol hit back: “You just spoke so let me speak now.”

“Drug deaths are rocketing, drug use is rocketing so the solution is let’s decriminalise them, let them be available to lots of young vulnerable people.

Interrupting, Owen began: “Carol,” before she exclaimed: “Let me finish my point, Owen.

“If someone can convince me that drug use is safe then I’ll say let’s go for legalising them.”

“Carol,” Owen remarked. “If you want to get drugs in this country…”

Scolding The Guardian columnist for interrupting her, Carol said: “There you go, it’s unbelievable.”

Stepping in, Jeremy warned: “Let me get another guest in,” before turning to Carol: “You did get to a semi-colon, go on do the rest of your sentence.”

Owen continued: “What we’ve done is handed drugs to the criminal industry, they make huge amounts of money from it.

“If you want to get drugs in this country you can [very easily].”

Jeremy invited features and debate editor at The BMJ Richard Hurley to share his thoughts on the debate.

The medical journal editor agreed with Owen and stated the current drugs policy doesn’t do enough to prevent deaths and help drug users.

He said: “The current situation creates a stigma where people who have drug use disorders, it’s going to be harder to treat them, harder for them to get the support and services they need.”

“It’s really important we focus on the harms rather than the drug use,” he continued.

“We should be looking at the shocking figures and thinking, ‘What can we do to prevent death?’

“We should make sure our policy is pragmatic and evidence-based, we shouldn’t be tied to some ideology that drugs are bad and therefore should be banned.”

Jeremy Vine airs on Channel 5 on weekdays at 9.15am.