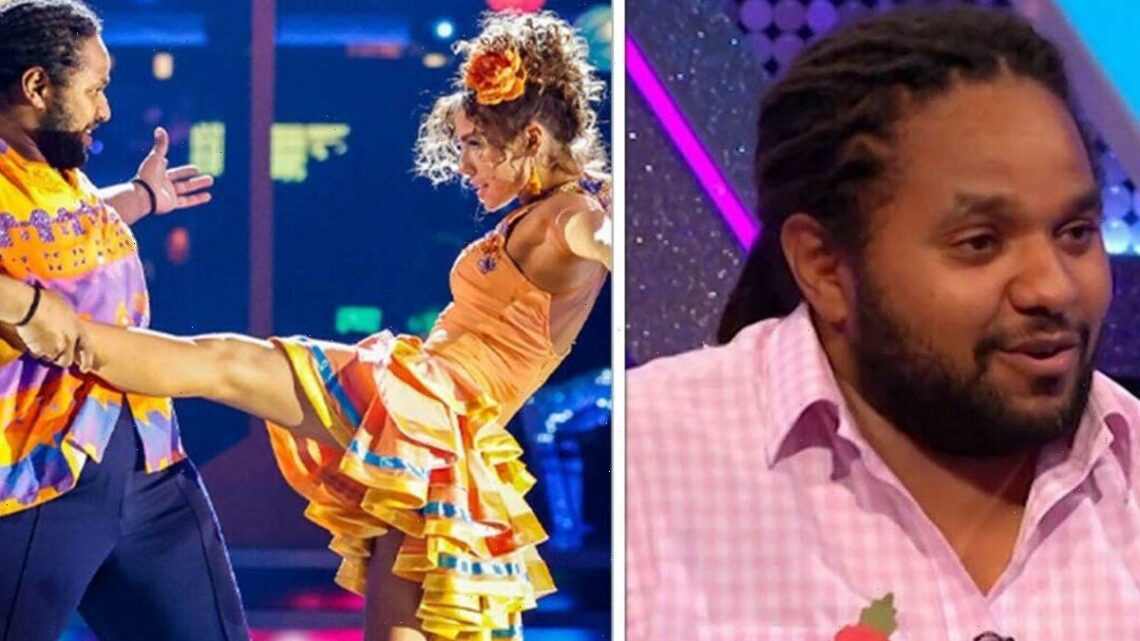 Hamza Yassin has revealed an exciting twist on a dance about his African heritage that is set to wow audiences on Strictly Come Dancing this Saturday. The Countryfile star also shared his doubts about whether BBC bosses would have previously played the song too. Hamza and Jowita Przystal spoke to Rylan Clark on It Takes Two on Tuesday ahead of their performance.

The much-loved contestant opened up to Rylan on the Strictly spin-off show ahead of their couples’ choice.

Rylan remarked: “It’s a celebration of your heritage and where you’re from.

“What does it mean for you to go out live on Strictly on a Saturday night and give it your all to this?”

Hamza replied: “It’s amazing. A song like this will normally never be on Strictly. “

Read More: The One Show viewers ‘switch off’ over Greta Thunberg interview

He continued: “To have the pleasure of bringing my African side, the continent we are all from. We are all from Africa and also to include a bit of natural history wildlife…”

Rylan interrupted: “Is there going to be a penguin casually going by?!” as Hamza retorted: “There isn’t!”

Rylan then howled: “Oh I’m not gonna watch it then!”

Hamza’s professional dance partner Jowita was also eager to please ahead of their special routine on Saturday.

She told the BBC Two show: “I think it’s a celebration of Hamza’s heritage, of your home.

“It’s a big celebration you know, so of course there’s an afro fusion. I’ve put some tricks in there otherwise it wouldn’t be me!

“We have something special prepared as well which is not easy.”

The pair will be dancing to a Jerusalema – Remix by Master KG featuring Burna Boy, in what promises to be a memorable moment in this year’s competition.

An expert has heaped praise on Hamza and Jowita and believes they are set to lift the Glitterball Trophy at the end of the year.

Dancing professional Christie Lindsell, who teaches at Adore Dance has cast her eye on the dance duo.

She told Express.co.uk: “I think Hamza is really standing out. He’s such a surprise.

“I didn’t think he would be that great at the start but wow, he’s really shining.”

“I think we knew how good his ballroom was from the first weeks and we didn’t know if he would carry that through into Latin.”

She declared: “I think he could definitely win. It’s great to see someone who hasn’t had any dance or performance experience really pick it up and take to it so easily.

“Jowita as well, it’s her first year having a partner and she’s done a great job.

“The choreography really suits him and he’s definitely a dark horse who could potentially win.”

Strictly Come Dancing airs on BBC One this Saturday at 6.55pm