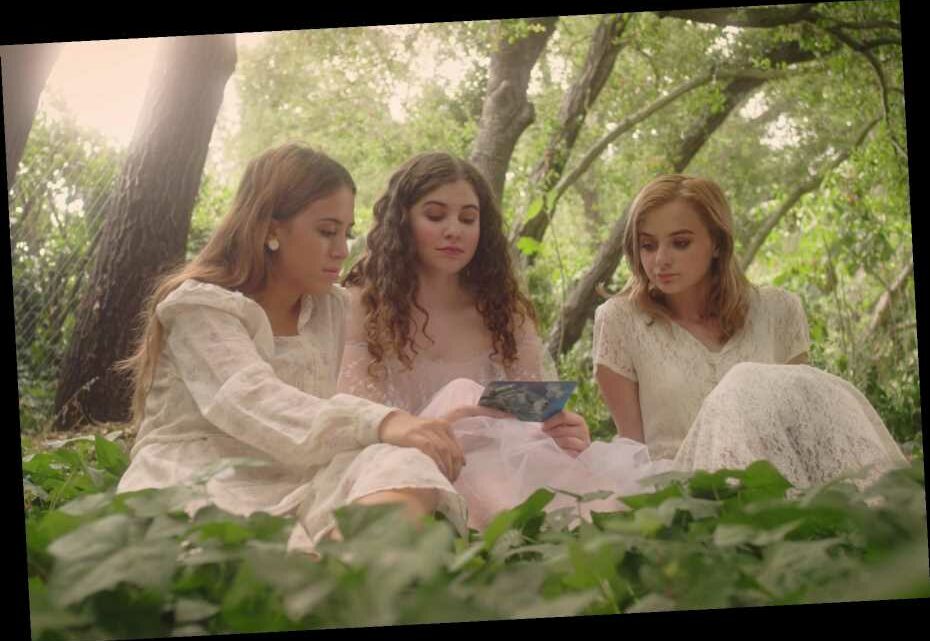 The word-of-mouth party line on Tyler Taormina’s Ham on Rye is that it begins as a loose, lo-fi teen comedy — a hazy, drifting, and personality-driven series of detours through the problems of youth, like John Hughes by way of Dazed and Confused. And then, the story goes, the movie switches lanes to become something inexplicable, magically surreal and eerie in ways that cannot totally be accounted for by the end.

This is a pretty fair description … though to its great credit, this coming-of-age tale is a little strange from the start. Just look at the way Taormina constructs his early scenes: the pile-on of people and places populating its yawning introduction to this suburban miniverse; the roving gangs of girls and boys with one-off personalities; the clusters of incident and feeling dredged up by the movie’s aimless, even mysterious, chat sessions and teenage tensions. It’s a world that feels familiar without totally making sense. That is a good thing. Ham on Rye is the kind of he movie that oozes off the screen as if fresh-squeezed from a brain addled with too much television and ‘90s junk, too many blended memories of lazy cookouts and school dance embarrassment, and perhaps a bit too much weed. It enjoys giving off the appearance of being casually rudderless: a slow walk into, through, and alongside the suburban uncanny.

What’s it’s about? Fair question! The best answer isn’t a plot summary, but a feeling. Drama is minimized here. What we get instead are vignettes all seemingly meant to summarize these teenagers’ prevailing condition. A boy on his way to the dance has a panic attack. Two young women broach an awkward subject, some reference to a thing that happened (we don’t know what), only to back out of it with bland non-sequiturs. Whereas another young woman hears that someone’s talking shit about her and is, within a few blinks, punching the shit-talker in the face. What did he say? What is the tension? Meanwhile, yet another teen is apparently at risk of sleeping through it all. There’s a social ritual at the center — a dance — that’s the closest thing we get to a real narrative anchor. But even that comes long before we think it’s going to come, and the characters we meet flow into and out of awareness of that gathering with an eerie lack of urgency.

Taormina and his wonderfully downbeat cast — all of them aloft on a bed of dreamy but often pointedly specific images, all of them haunted by the motorific hum that surrounds the movie — give us a coming-of-age story in which no one comes of age or, really, of anything. The movie is too pleasurably drowsy for all that, languid in the way that only a lack of danger and the embalmed safety of youth would seem to allow. Yet Ham On Rye isn’t lacking for danger, exactly, which is what makes it hard to shake. Someone spits and we drift down a tiny island chain of wetness on the concrete; a grumpy manager throws a toy piglet aside, and the movie makes sure we see where it lands. There’s some unaccountable, life-affecting thing that doesn’t so much throw the movie out of whack as make its uncertainties official and undeniable. Thinking back on the movie from its endpoint, you might realize that something of this idea was already planted from the start. Discarded objects in Taormina’s world don’t land soundlessly or without consequence. Not because these things in themselves matter. Maybe they do! Likely they don’t. What seems to matter more is the movie’s eagerness to catalog their existence.

It helps that the filmmaker has a loving eye for youthful ritual. The stoner-types aren’t all of a type; the nerds, the popular-seeming girls, everyone else — none of it feels lazily typecast. Just as none of it feels cliched, even as this genre is half-impossible to imagine without cliches, problems that engender drama, drama that engenders conflict, and so on. Instead, Taormina sustains a rare, difficult thing: a balmy, sincere sense of wonder. More than even some of its most outlandish or gorgeous details, the movie’s pace and tone, its promise of some shock or revelation lying in wait — some thing that will make it all click into place — is what sticks.

The film denies us that clarity. What we get, in a nutshell, is the clarifying impermanence of youth, and the way it just seems to disappear — that slow evaporation of a period of one’s life. And what we get, when we follow this movie to wherever it is that it’s trying to lead us, is a glimpse of what might be in store post-youth. It ain’t great. Yes, there’s that thing that happens. But even that, when it comes, isn’t played up for shock value. Even that feels more wondrous than dramatic. It only adds a bit of extra lean to a world already teetering on the edge, speeding up to the inevitable.

If you grew up watching Nickelodeon, you’ll want to keep your eyes peeled for a few familiar faces — especially if Taormina’s hazy, lazing approach brings you back not to Dazed and Confused, but rather its secondhand-smoking stepchild, The Adventures of Pete & Pete. The payoff is quiet, but grand. It is referential, but not merely so: Ham on Rye is more than just a catalog of our own pop culture memories. I definitely thought of Pennywise the Clown when a balloon got loose for no apparent reason; I thought more than once of Blue Velvet, too, if only because the movie’s sense of menace is, though tamped down, more than hinted at. Ultimately, Ham on Rye’s best point of reference is itself. It is, like the people therein, one of a kind and completely unforgettable.