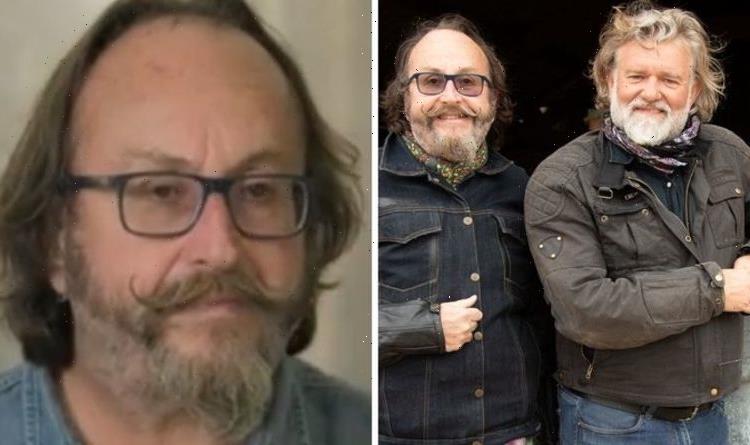 Si King and Dave Myers made a return to TV on Thursday night with their BBC show, The Hairy Bikers Go North. The duo, who were on the fourth leg of their tour, paid a visit to northern England where they sampled some of the local produce including some Yorkshire pork and honey. Viewers were thrilled to see Dave on their screens after it was confirmed the chef had contracted coronavirus since filming stopped, and were quick to send their support.

The episode was filmed before Dave tested positive for the virus, although nonetheless, fans were happy to see him and Si on their screens.

Taking to Twitter to share their thoughts, Alan penned: “@HairyBikers not only is this your best-ever series.

“But you have the best ever music from the best ever band which is Elbow. #elbow #guygarvey btw I hope Dave is feeling better Si.” (sic)

Ken wrote: “Please pass on my heartfelt best wishes for the speedy recovery to Dave. From a concerned Geordie.”

While Janet added: “Heard Dave has COVID on TV. How is he doing?

Sending her well wishes, Sally said: “Hope Dave is much better and Si – thinking of you #staystrong.

Over the past week, Si has made a number of solo TV appearances while Dave recovers from his illness.

The Hairy Biker explained to the presenters that Dave was disappointed to be missing the show.

The TV presenter said: “He would be here, he pushes through everything, but he’d get locked up if he did.”

Si went on to add he felt “weird” to be making appearances without his pal.

Simon later told the chef: “I’m sorry to keep going on about Dave, but cook together, and at this point, I’m kind of thinking ‘where would Dave chip in?’

“Because I just did your podcast, and the thing is because they’re a great double act, it’s that whole thing where I’ve never been a guest on a podcast before and had to try and get a word in edgeways.”

Si also appeared on an episode of The One Show earlier in the week where he gave an update on Dave’s health.

Speaking to Rylan Clark-Neal and Ronan Keating about Dave’s absence, he explained: “He has COVID-19.

“He’s getting there but he’s not too well. It’s not bad.”

“We are sending him all our love,” Rylan replied.

The Hairy Bikers Go North returns on Thursday at 8pm on BBC Two.

Selah Marley Is Ready To Be A Mom — Well, Almost —EXCLUSIVE