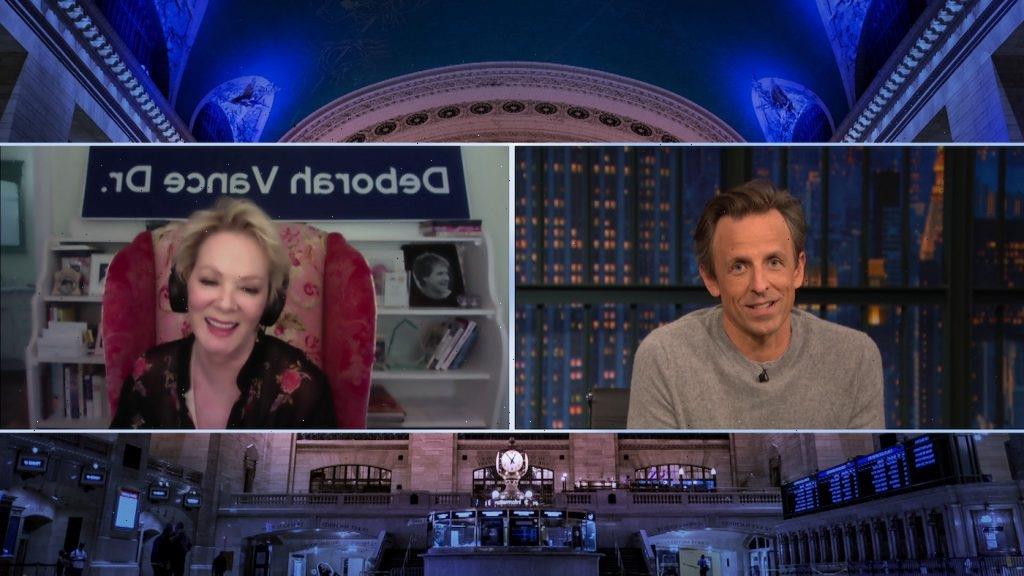 The new HBO Max original has taken the world by storm, and fans can’t wait for Season 2. Hacks is a hit comedy-drama that kicked off this summer, featuring Jean Smart and Hannah Einbinder. The 10-episode Season 1 delights and entertains with comedic arguments and unexpected twists. Learn why Hacks has so many people hooked and what to expect in Season 2.

Spoiler alert for those not yet finished with Season 1.

Hacks is a comedy-drama streaming series released in May on HBO Max. The show is about the dark pairing of legendary Vegas comedy diva Deborah Vance (Smart) and entitled 25-year-old struggling L.A. writer and aspiring comedian Ava Daniels (Einbinder). While Vance’s manager, Jimmy, sends Daniels to help freshen up Vance’s material to appeal to younger audiences, it ends up turning into an unlikely mentorship.

During the pair’s first meeting, the two share barbed and comedic retorts, leading Daniels to storm out because of Vance’s arrogant behavior. Spotting Daniels’ quick wit, Vance hires her and quickly takes her under her wing. The show follows the pair of complete opposites as they argue, make snide remarks about each other, and form a loyal connection in the end.

After the Palmetto comedy club drops Vance from its performance lineup, the two agree to team up and continue Vance’s comedy career by touring together. Hacks is packed with comedy, drama, and numerous twists and turns.

All the details on ‘Hacks’ Season 2

With a suspenseful ending to Season 1 of Hacks, fans are eager to see what drama comes in Season 2. Before the news of the show’s renewal, many cast members shared with Deadline what they want to see happen.

“While we don’t know the specifics, what we set out to do in this story is to set Ava, Deborah, and everyone in their ecosystem on a road to redemption and emotional happiness,” Hacks co-creator and co-showrunner Paul W. Downs, said. “So, I think we want to continue down that path.”

And actor Carl Clemons-Hopkins said he’d like for his character, Marcus, to have “either [an] insane post-breakup … or his own private [version] of a traumatic breakdown.”

Though HBO Max hasn’t announced a definite release date for Season 2 yet, production could begin as early as this fall. That means a return air date of spring 2022 is possible.

Until then, fans have Season 1 to keep them entertained.

Season 1 of Hacks kept fans on the edge of their seats as Daniels tries to push Vance into new, appealing content without losing her legendary authenticity. The two have their fallouts, but they still bring out the best of each other while working together. The twists and turns keep fans tuning in, with the ultimate twist appearing in the season finale.

In the episodes leading up to the finale, as Vance’s career continues to decline, Daniels jumps on the opportunity to interview with a high-profile production company in Los Angeles. Once Vance finds out, she’s devastated and cancels her plans to bring Daniels into her pre-show act and confronts her about the LA interview. A heated argument ensues, and Daniels quits. Armed with defamatory claims about Vance, Daniels contacts her friend to relay that information to the TV producers who had interviewed her earlier.

Unbeknown to Vance, Daniels had turned down the production job because of the producers’ hopes to share slanderous stories about Vance. Thus, the parting gift Daniels had left behind for Vance moves her to tears, and she continues with the new material for the show and proposes that Daniels join her on a standup comedy tour. Though Daniels happily accepts, she finds out from Jimmy that the production company received the email slandering Vance.

What a way to end the first season of Hacks and keep fans guessing about how events will unfold in Season 2.