Home » TV & Movies » Gwyneth Paltrow Recalls Hiding for 3 Weeks at Her Parents' Home After Oscar Win: 'It Was So Intense' 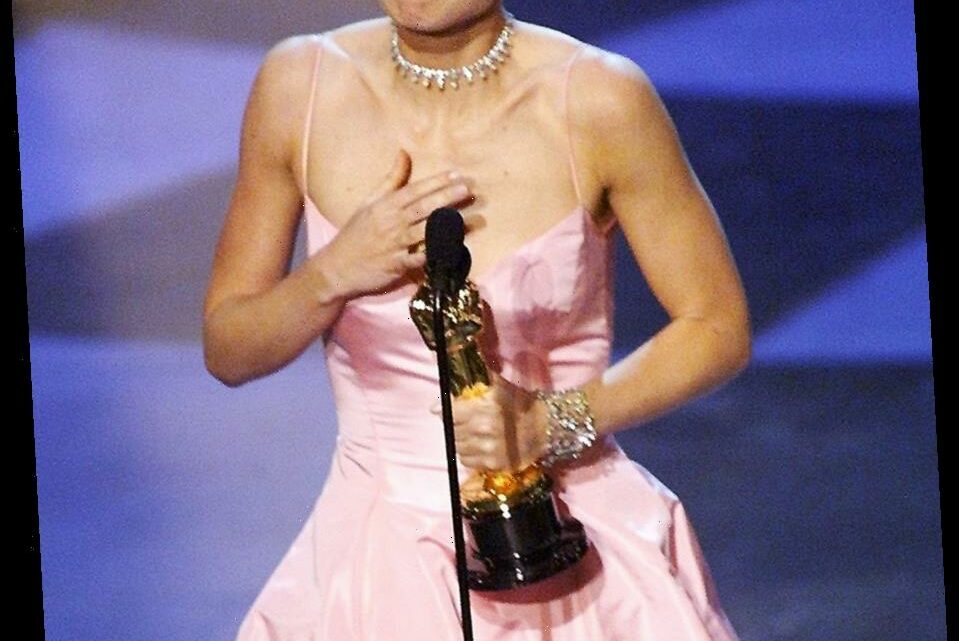 Gwyneth Paltrow Recalls Hiding for 3 Weeks at Her Parents' Home After Oscar Win: 'It Was So Intense'

Gwyneth Paltrow's Oscar victory in 1999 came with its own set of challenges.

The actress and Goop founder, 48, appeared on Monday's episode of the podcast Anna Faris Is Unqualified where she recalled the experience of being nominated for Best Actress for Shakespeare in Love and taking home the award.

"In L.A. everybody was so supportive," Paltrow said. "I remember winning and feeling like the tide sort of turned and there was this feeling of when you have that much attention on you and that much energy, it was really, really overwhelming."

"I remember I was staying with my parents at their house in Santa Monica and I just kind of hid for three weeks afterward," she said. "It was so intense. Lonely is the right word, it was really strange."

Paltrow said, "It was the weirdest most surreal time. You're also kind of embarrassed that you're nominated for an Oscar and you have imposter syndrome and you think, 'I can't even believe this is happening. I'm not even that good. Does everybody hate me?'" In December, Paltrow spoke about realizing she didn't want to act forever when she was just 26 during an interview on SiriusXM's Quarantined with Bruce.

The actress was fresh off her Oscar win when she came to the realization that she didn't "love acting that much as it turns out."

"I sort of felt like, well, now who am I supposed to be?" she added. "Like, what am I? What am I driving towards?"

She explained that "part of the shine of acting wore off" due to the "intense public scrutiny" of being a young actress in Hollywood.

"Being a kid who's like living every breakup on every headline, like being criticized for everything you do and say and wear," Paltrow continued. "And also, it's so transitory, you're always all over. It's hard to plant roots. Like, I'm such a homebody, you know me, I like to be with my old friends and cook and squeeze my kids. Like, I don't want to be alone in a hotel room in Budapest for six weeks. Like it's just not who I am."

The actress married Coldplay frontman Chris Martin in 2003. The two had a daughter, Apple, 16, and a son, Moses, 14, before divorcing in 2016. Paltrow later married producer Brad Falchuk in 2018.

Paltrow has been open about losing her love for acting in recent years. In early 2020, she told Harper's Bazaar that she'll "literally never—nev-er" catch the acting bug again.

"When I was acting I really burned myself out," she explained. "When the flywheel kicked in, I was doing three to five movies a year. I really got to the point where even the little things, like sitting in the van going to set, getting your makeup touch-ups, and everything—I really don't know that I can bear it."