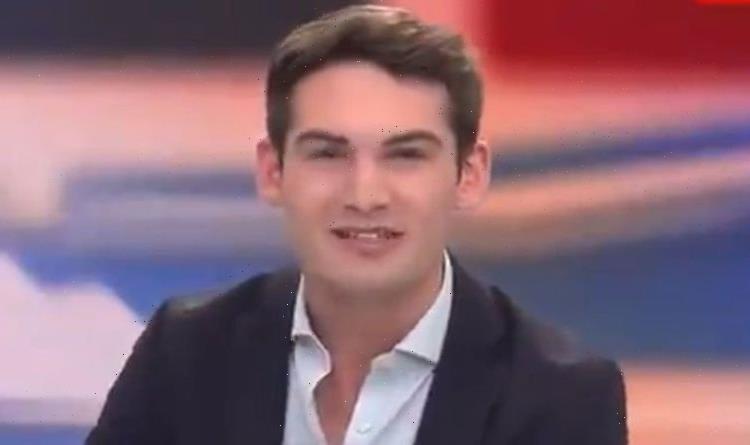 Tom Harwood hits out at Verhofstadt over 'bonkers' EU hopes

GB News presenter Tom Harwood has mocked Guy Verhofstadt’s tweet, dubbing it “totally bonkers”. It came after this Brexit coordinator tweeted that the EU combined has more Olympic medals than the US or China.

Tom Harwood said on GB news: “A prominent name in EU politics and the name that I, unfortunately, have learned to spell over the last few years is, of course, Guy Verhofstadtthat- a committed, Euro federalist.

“Well, Mr Verhofstadt isn’t waiting around to create the United States of Europe. He wants to start counting all EU countries’ Olympic medals together now.”

Guy Verhofstadt tweeted yesterday saying “the EU combined has more gold medals than the US or China”.

Tom Harwood went on: “Let’s have a look at what he tweeted yesterday. He said ‘I’d love to see the EU flag next to the national on athletes’ clothes’.

“I’m sorry Mr Verhofstadt, but you can’t have it both ways. You can’t have 26 extra chances at competing at every single event, and then add them all up, as if you’ve competed as one entity”

“It’s bizarre and the EU is so getting ahead of itself on all of this stuff, whether it’s a single flag, a single anthem, a single president, a single currency now moving towards a single army and as Mr Verhofstadt wants-a single Olympics Team!”

He continued slamming the tweet: “It’s totally bonkers! But it is interesting that in his tweet, Mr Verhofstadt said that he wanted the EU flags sewn into the outfits of all of the athletes and adding all that up would somehow put the EU in first place.

Guy Verhofstadt has claimed that EU’s collective number of gold medals made it the winner of Tokyo’s Olympic Games.

Apparently, the 27 European countries have collectively scooped 229 medals, beating Britain, China and the US.

However in reality, Britain has 51 medals overall with 16 golds.

‘I didn’t know it was like this!’ Chris Evans left perplexed amid latest Virgin Radio move

China currently is the lead with 34 gold medals and the US is in second with 30.

The EU countries have won 65 golds.

The International Olympic Committee had already rejected a request for the EU flag to be flown at the opening ceremony in Tokyo.