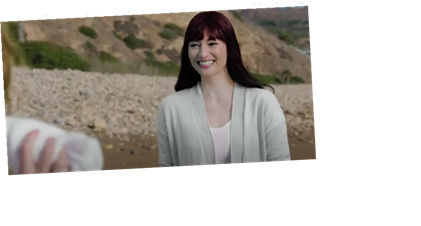 All season, Grey’s Anatomy fans have been absolutely eating up the beach scene cameos. In case you need a quick reminder, Meredith Grey is currently hospitalized with COVID-19, and the show created a middle ground between life and death where she’s been hanging out all season (the beach in question). Some now-deceased characters and some that are still very much alive have come to visit Meredith there, and it’s been an emotional ride for fans. Up next? According to the preview for next week’s episode, it’s none other than Lexie Grey (Chyler Leigh).

After Derek Shepherd, this was the cameo fans have been hoping and waiting for. Lexie was tragically killed off during the eighth season, when a group of the doctors were in a plane crash (only Grey’s, right?). In the preview for next week, we see Lexie reunite with Meredith and ask her whether she’s going to stay on the beach.

Grey’s fans are, naturally, freaking out in anticipation of next week’s episode. It was like all of Twitter melted down at once when the preview played after last night’s episode. Some of these memes are truly excellent.

Who are the hosts of The Talk now?
World News