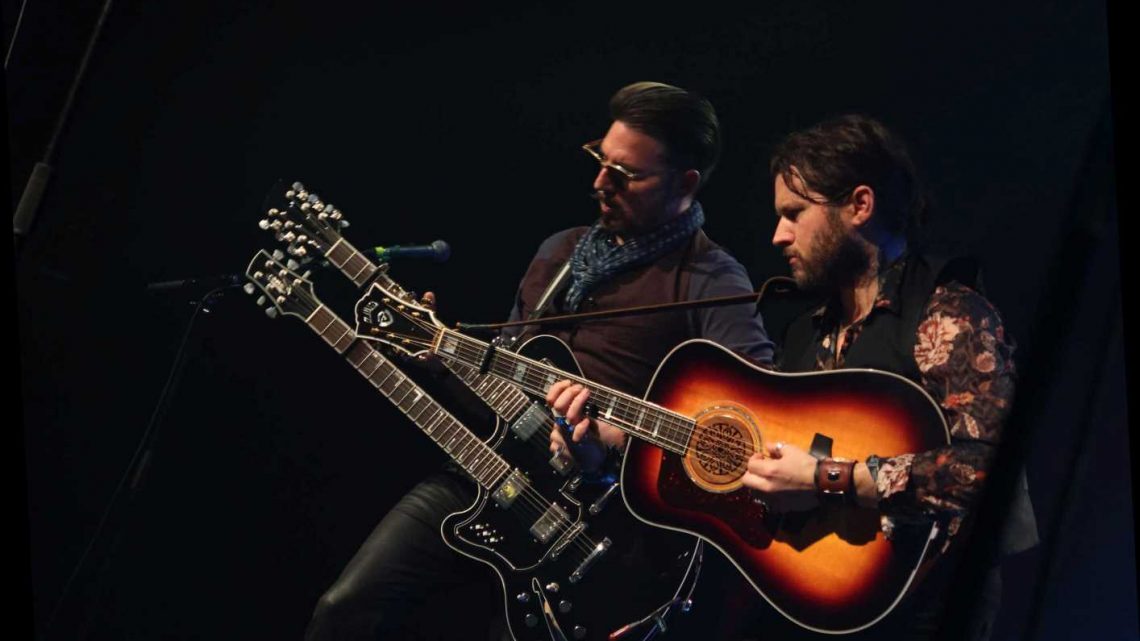 SEVEN albums in and it seems these Californian rock revivalists are only now getting the global appreciation they’ve deserved for so long with not one but TWO Grammy nominations. 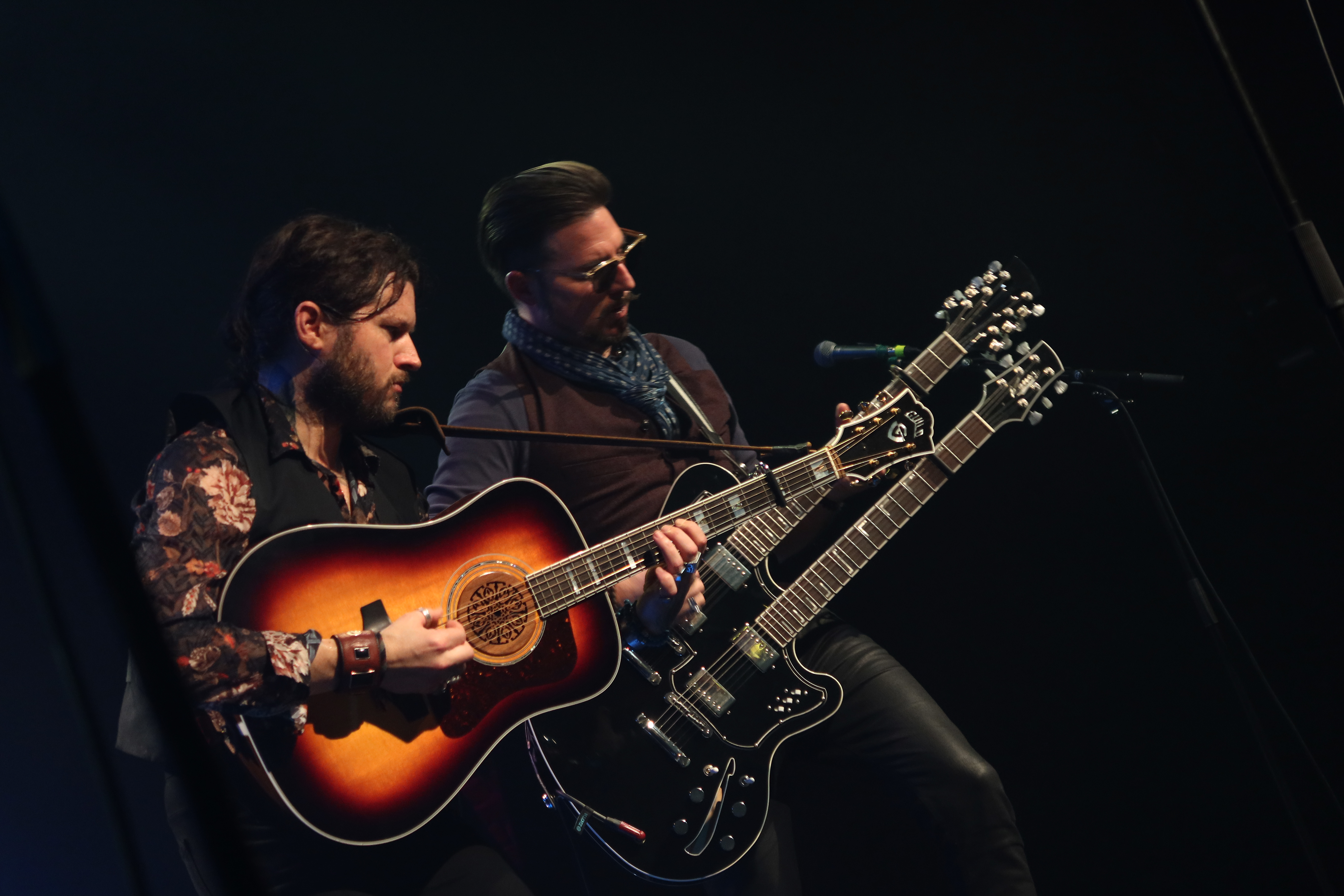 We catch up with Scott Holiday, Rival Son’s opulently ’tashed guitarist after their debut headline show in Moscow, Russia, as they wrap-up their largest European headline tour to date.

Although this is your debut headline show in Moscow, you’ve played Russia before, with Black Sabbath no less. What kind of reception do you have here?

Coming through with Sabbath was incredible. I’m definitely what you’d call a “Cold War kid”. I mean, I grew up with the idea that Russia was “the enemy” from the news and movies and stuff.  But of course later you learn no nationality is the enemy. It’s all propaganda, politics and radical groups… But that residual feeling was somehow still there with Russia, so I was excited to see this place, meet the people and dispel any negative or odd feelings. 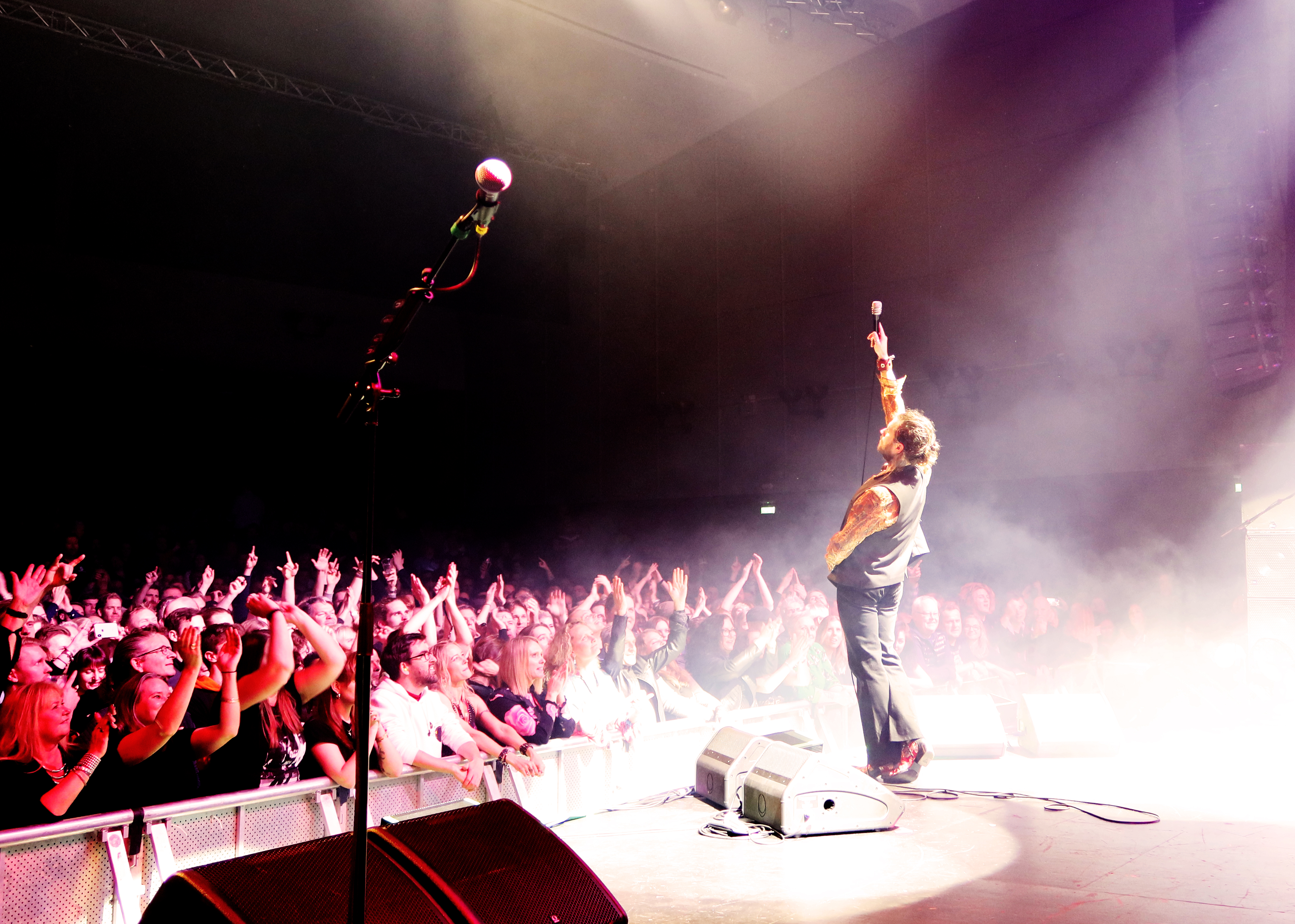 Being here, meeting the people, walking the streets… well it did just that. The people are wonderful. Moscow is fascinating! The folks were warm and just really cool. Red Square was a sight to behold too!

Everywhere we’d been, everyone we’d encountered had been enjoyable – it was a seriously cool first experience.

And we couldn’t even get out of the hotel without being stopped for pics and autographs. We had never been here before then, but it turned out we had a fan base just waiting for us!

The Russian show with Sabbath was at the giant old Olympic stadium. But I can still remember the crowd – they were wild! And we realized at that moment – there are A LOT of Rival Sons fans here.

Playing St. Petersburg turned out to be surprisingly dramatic – can you tell us about that?

Ha! Well, we were felling quite rundown from all the travelling – it was the begging of the end of the tour. We had St.Petersburg, then Moscow, then we were going home. Planes, trains and automobiles. It was seriously non-stop for those final few days.

We showed up, headed backstage, made some drinks and did the “preshow shuffle”. Suddenly I hear “oh shit…” And Jay darts for the bathroom, behind him a trail of sprayed blood on the floor and up the wall! In making his special tea recipe and cutting a lemon he accidentally stabbed himself between his “live long and prosper” fingers. Hit it pretty good and deep too – and this was just minutes before we were to hit the stage!

He cut an artery, so blood went spewing everywhere. Pretty soon, two EMT’s get here and checked it out. He needed stitches. They wrapped it up and promised he’d go to the hospital after the show.

Any pics from that show you’ll see the "hand of the mummy”- raised up in the air to keep the blood from rushing to it. And he killed it. The second we came off stage he was whisked away in an ambulance with a police escort! It was a scene! Classic. 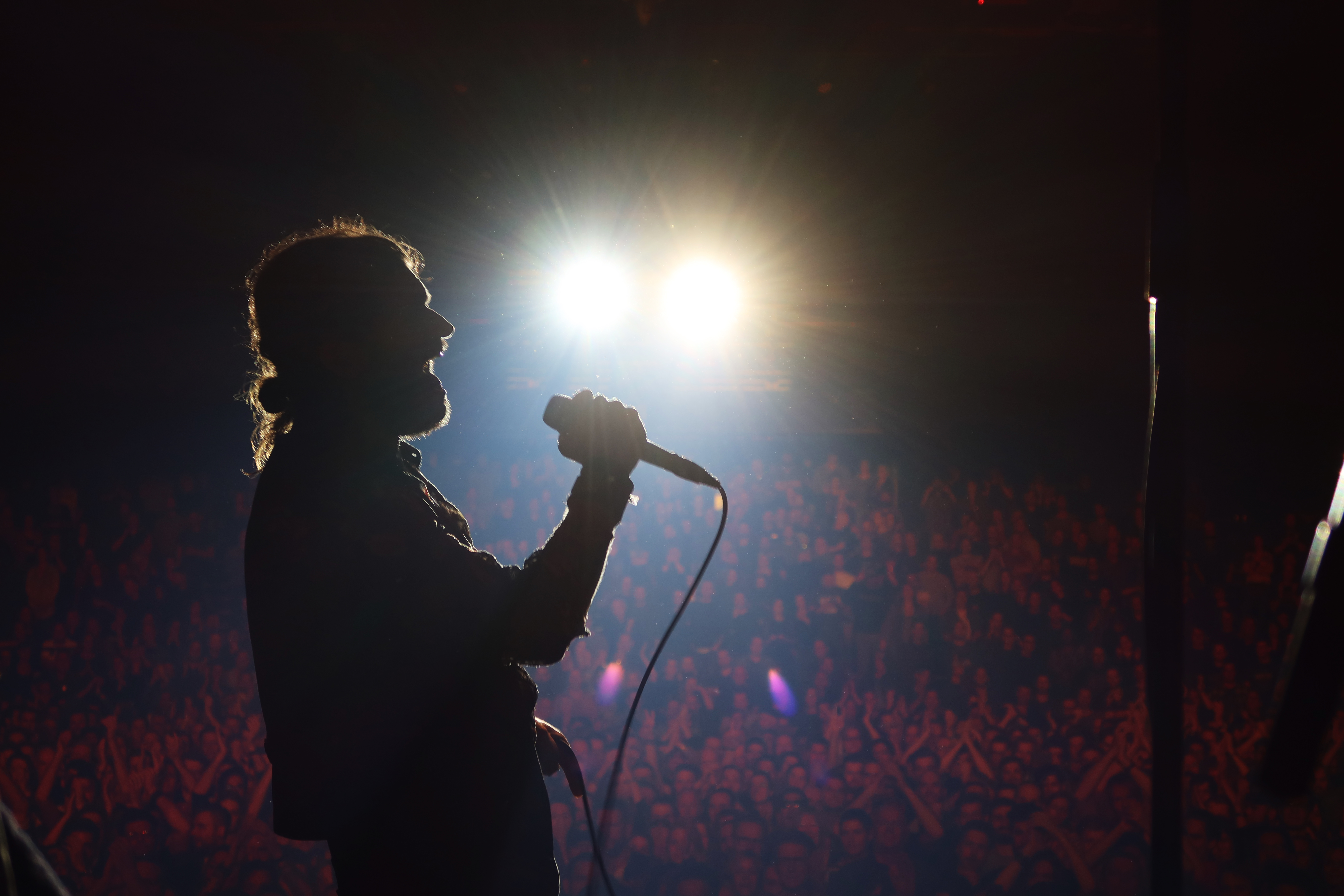 So how was the Moscow headline show?

This was as big as any of the headline shows we’ve done.

Actually bigger than most, and sold out. The crowd was electric – powerful and warm. It was pretty shocking, actually, just how well our first headline show sold here. And the energy and participation with audience was truly special. I cannot wait to get back.

Has there been a favourite show, or city, you’ve played on this on this last tour – and why?

I’ve personally really enjoyed this whole tour. It’s been a beautiful experience all around with how our team is working. The fans, the places we visited and new places we’ll be re-visiting. Moscow was special, but Paris was a big deal for us too. The Olympia sold out. Brixton was great of course and we played our largest headline date yet in Gothenburg, Sweden. But honesty, all the shows had their own special vibe and connection with the audiences. We also mixed the set list up quite often, giving every city it’s very own unique show. 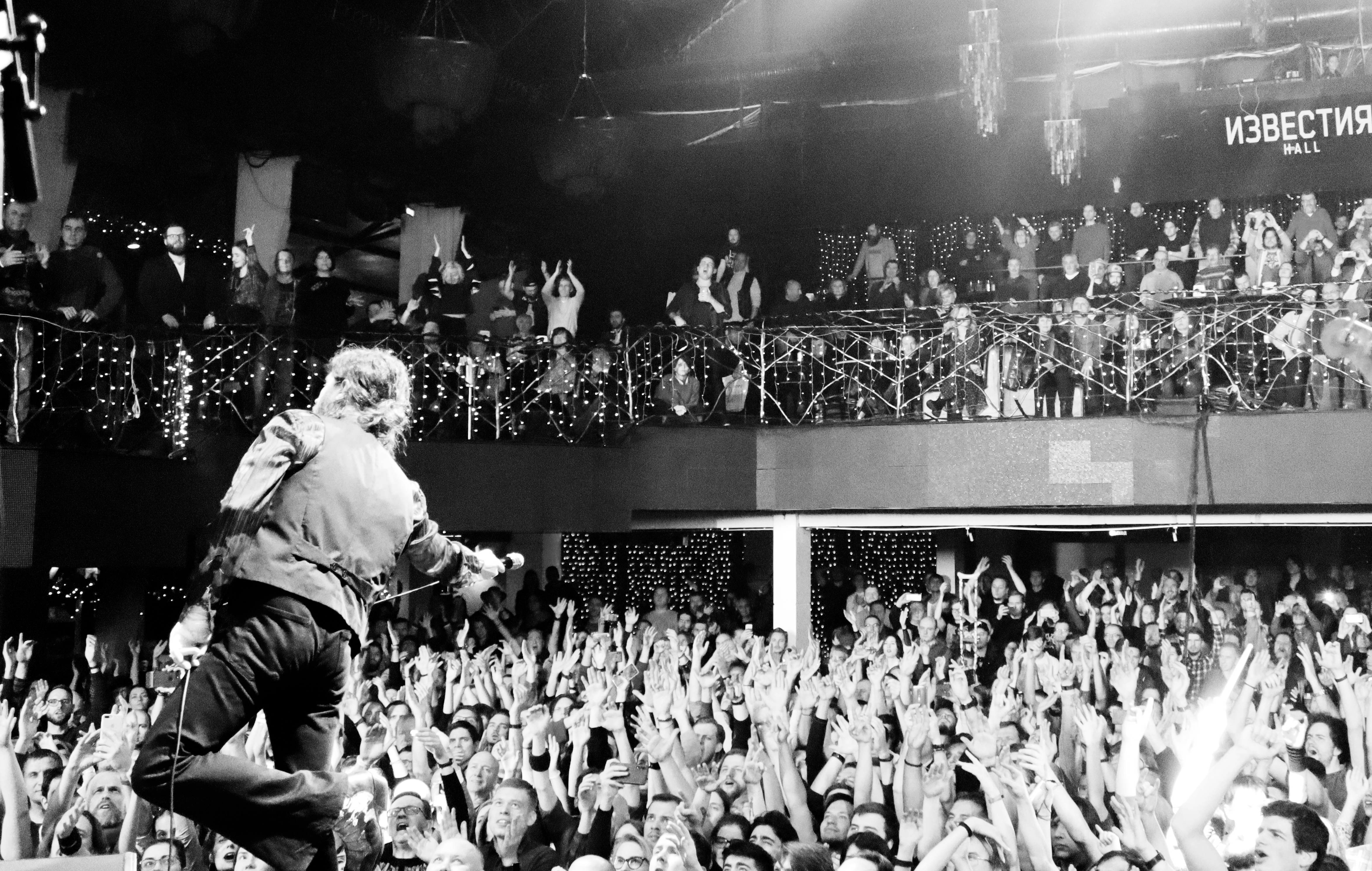 What did you learn from touring the world alongside Black Sabbath?

I learned you can stay engaged and continue to play even your oldest songs with absolute dedication and care. That the passion can stay alive. I watched those gentlemen do it, and it was inspiring. I also learned how to keep the tour family happy. I mean, we love our crew and I like to think we treat them good but seeing how such a large crew like Black Sabbath’s was treated so well was a real experience. The energy backstage was great which helps us make the energy on stage great too. 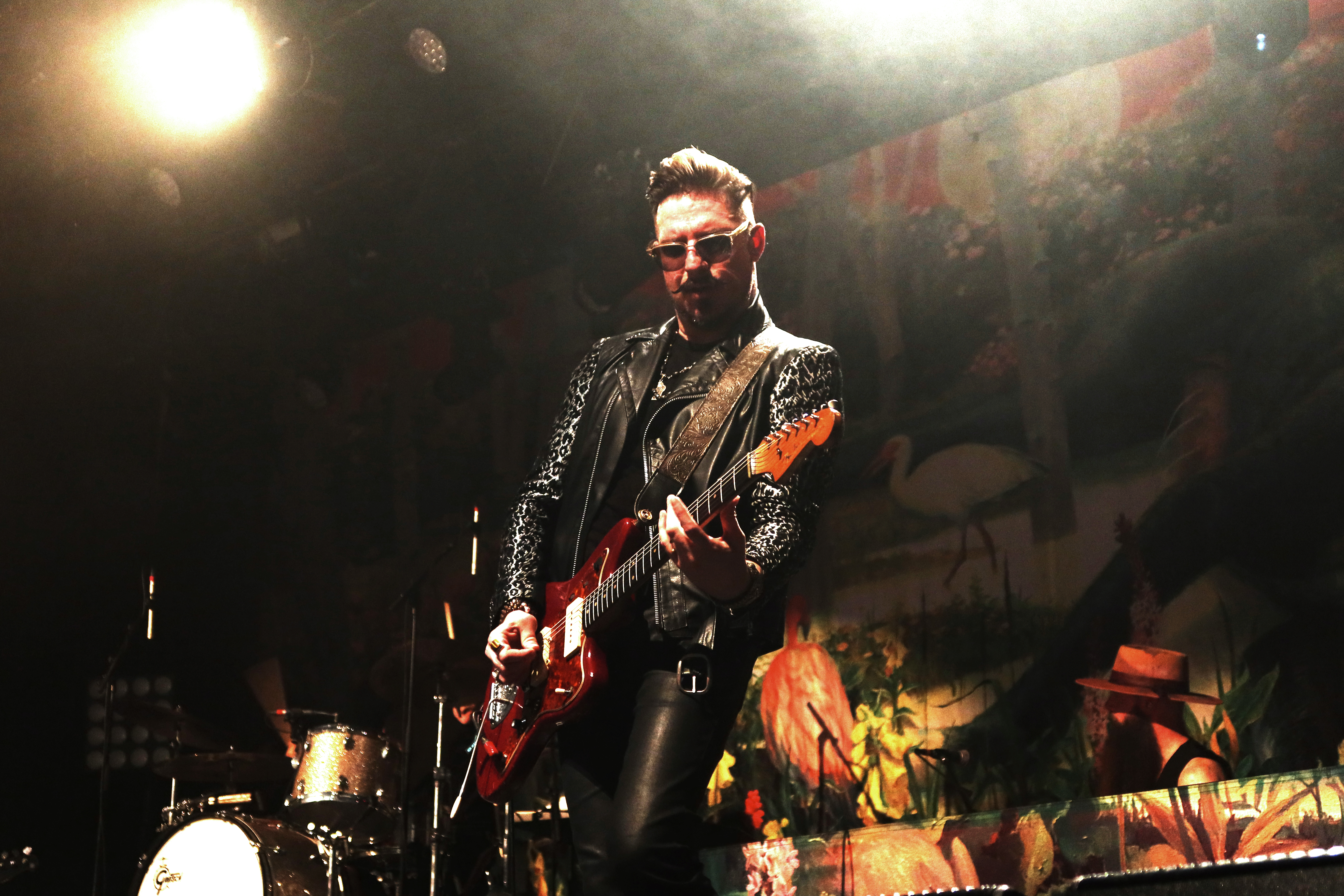 You recently played the Grammy Salute in honour of Black Sabbath, what was it like to present them their award?

Appropriate. By that I mean, although it was the Recording Academy giving them the award, we still got to personally honour them and in a way it was like us thanking them again. Seriously, we can’t thank them enough for giving us the opportunity for joining them for their final tour. Those guys truly are the salt of the earth. They’re the best.

How does it feel to be nominated for not one but two Grammys? “Best Rock Album” for Feral Roots and “Best Rock Live Performance” for Too Bad.

It’s kinda surreal. We’ve become accustomed to not being looked at for these sort of things. And we’ve made the best album we could make – every time. For the record – this is our 7th record – so I really didn’t even expect the nominations. That said, it’s fantastic to be recognized – and I couldn’t be more proud of my guys, the band, our whole team. It’s a really great time for the Rival Sons family. 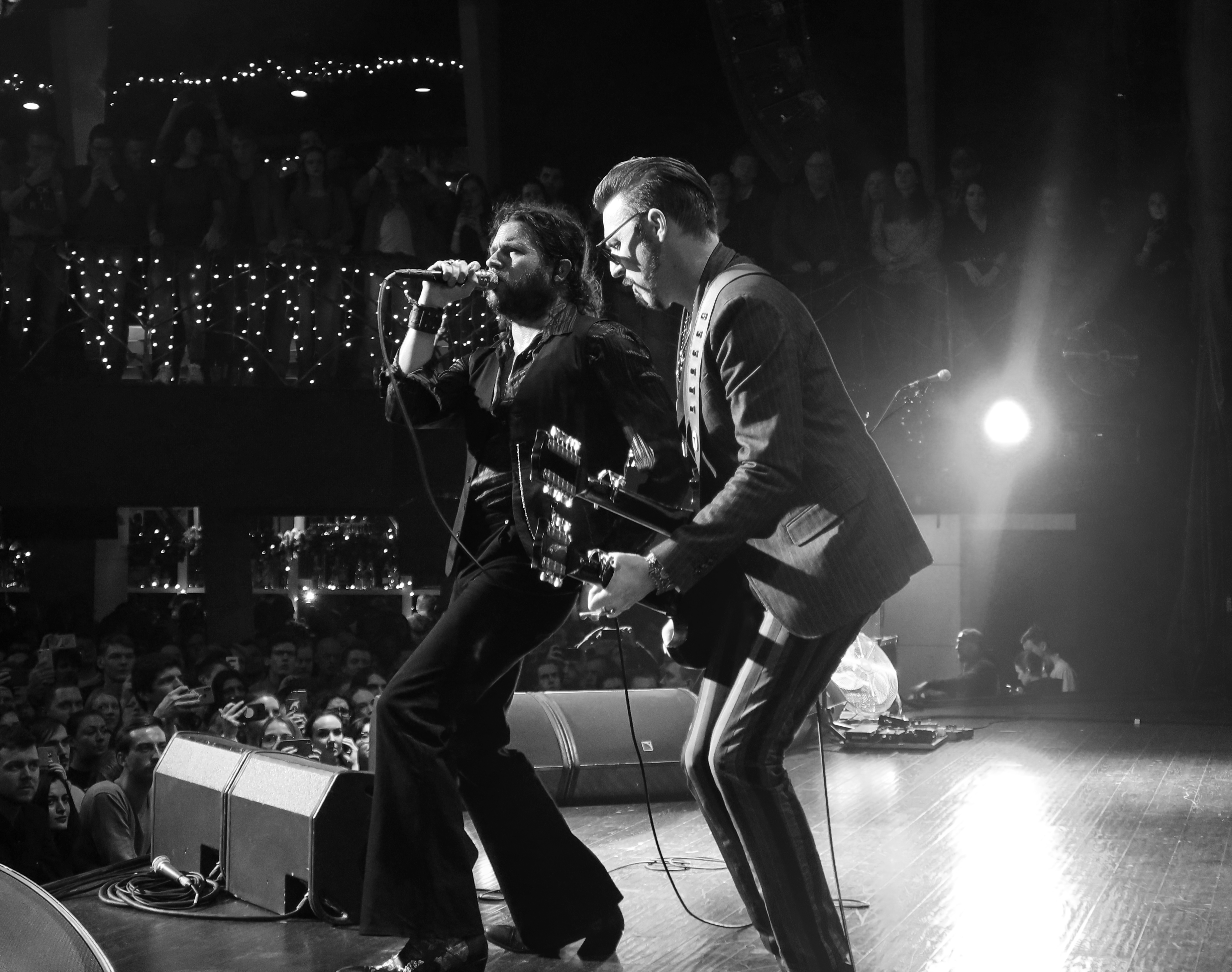 What do you make of your Grammy-nominated competition?

I really love some of those bands. I lived in that Lux Prima record! And Cage The Elephant are great. I love that new Brittany Howard record and Gary Clarke Jr. is doing something really good for the rock ‘n’ roll world. It’s funny how pushed to the side rock ‘n’ roll is though. Our categories won’t even be part of the main ceremony. Rock ‘n’ roll, man… Isn’t that weird? And it’s tough – as the rock ‘n’ roll category is kind of convoluted. I mean – what is even considered “rock” this year? The difference between each nominee in our categories is insane. I’m really hoping we see a change in appreciation for, and the state of rock ‘n’ roll. I can feel it happening on our side of things. The world is ready for it – a bit more than the press and popular world gives credit. 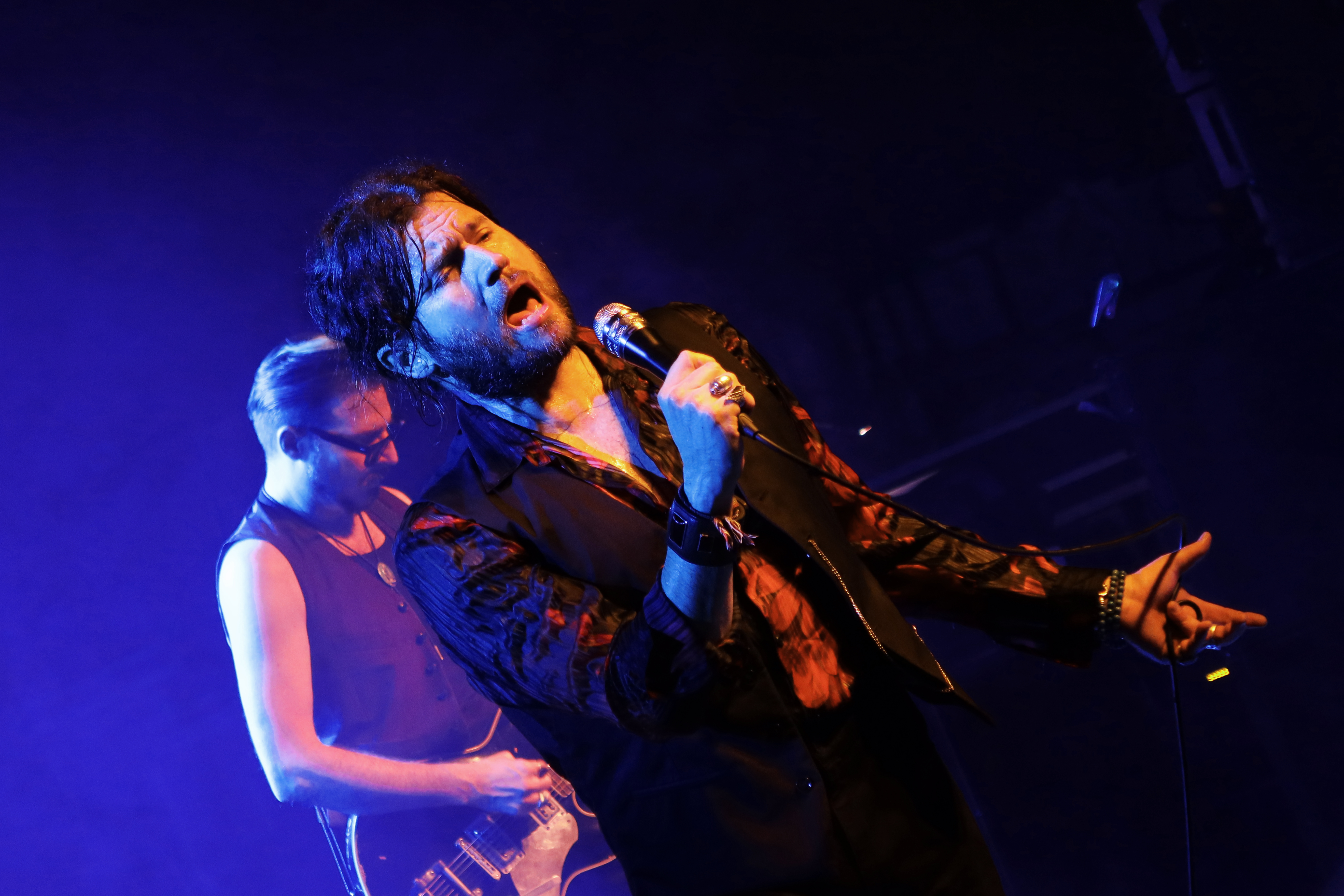 What do you anticipate to happen at the Grammys?

Well, let’s not jinx things, eh? All I heard was “bring snacks”. Ha! Fingers crossed. I have high hopes, but low expectations.

Have you started writing a new album already? And when can we expect to hear new music from you?

I’m definitely starting to write bits and bobs. But I don’t force things. Luckily I haven’t needed to. I was still writing when we finished Feral Roots. You never stop. If there’s inspiration – you write. Jay and I worked on something for a soundtrack and it came out pretty good. But the film changed music directors and it became a DJ electro thing. We toyed around with a few other things during that process though. I don’t suspect a proper album will get recorded until after this summer’s tour. So, probably 2021. 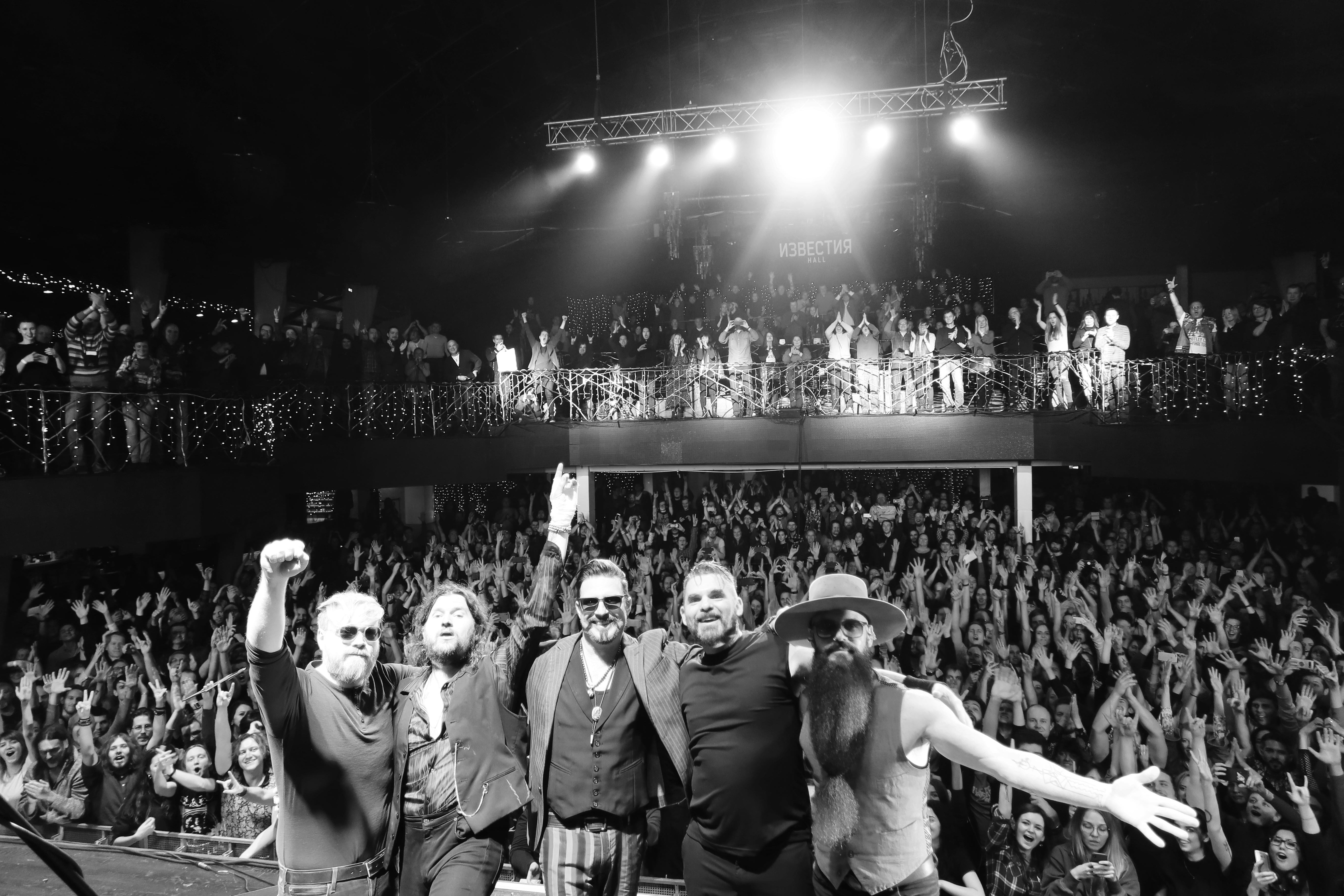 What are your plans for the coming months?

Taking a break! Writing and taking care of business behind the scenes. Booking tours, planning next singles, setting up our merch and record label businesses. We’re still working, just not on the road. I’ll probably acquire a bunch of new gear and work on my ’56 Pontiac and finish setting up a new home I moved into. I want to spend time with my girl, the kids and a new puppy. Hardcore domestic life settling back in! 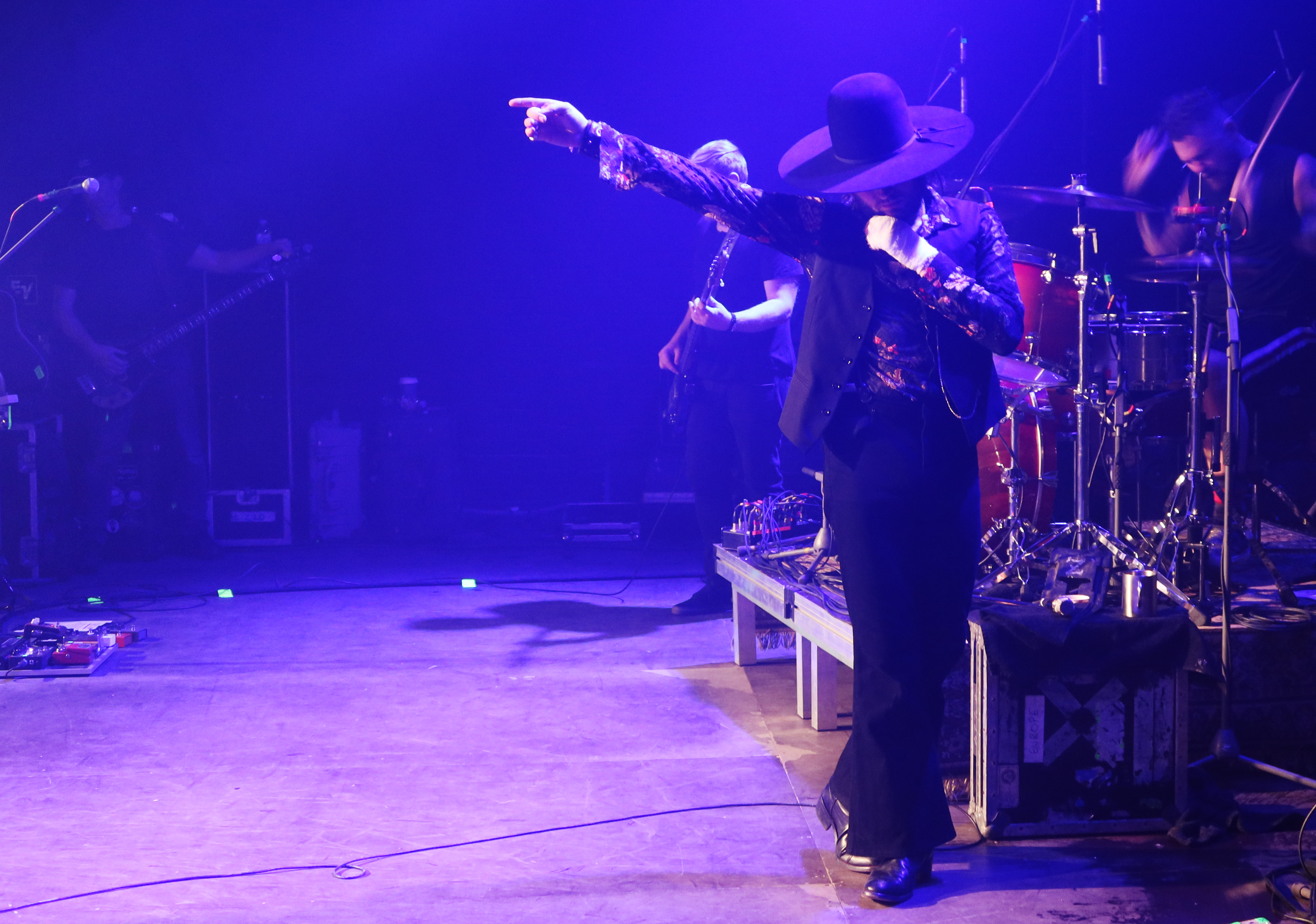 You’ve just been announced as main support for Aerosmith this Summer. How do you feel about that?

I love Aerosmith. Grew up on them. They were a big band with my family. Joe and Brad are two guitarists that are definitely in my wheelhouse. And it’s so cool to say – “they’re fans of our band!”. How cool is that?! So yeah… we’ve played a handful of shows together in the past, and it’s always a great vibe. Their audience is a great fit for us and our fans love them too. It’ll be one a big rock ‘n’ roll love fest! Isn’t it so great that there’s still an Aerosmith though? God bless rock n roll. 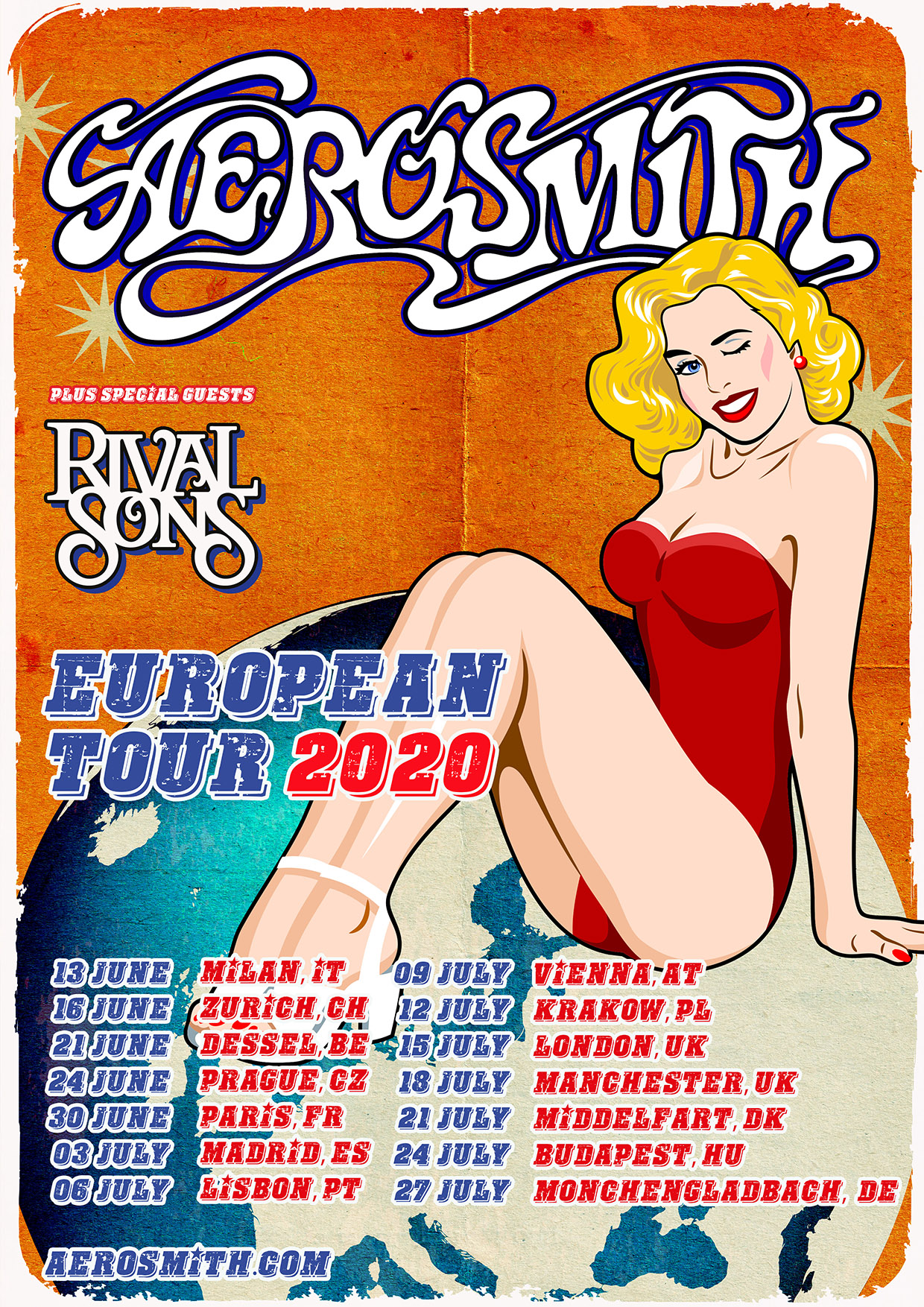