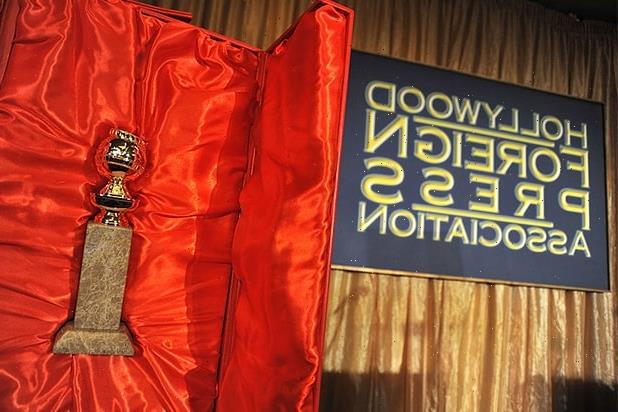 “Language will no longer be a barrier to recognition as the best,” HFPA president Ali Sar says

Whenever the next Golden Globes ceremony ends up taking place, international films and animated films will now be eligible for the top Best Picture prizes at those ceremonies.

As the Hollywood Foreign Press Association continues to reform, it has listened to one criticism and changed its eligibility rules for the Best Picture categories, allowing films not in the English language and animated movies to qualify and be nominated for Best Picture.

It’s a criticism that came up as recently as two years ago when “Parasite” won the Best Foreign Language film category but was not up for Best Picture – Drama, even though it would go on to win the Oscar. The HFPA also notes that last year 139 foreign language films from 77 countries would’ve been eligible for the Globes, and 37 of those movies were directed or co-directed by women.

“As an organization composed of journalists from all backgrounds, the HFPA created the Best Foreign Language category to ensure films with subtitles were getting just as much recognition as English-speaking films in the US market,” Ali Sar, president of the HFPA, said in a statement. “As we reexamined our guidelines this year and listened to the industry, we decided to adopt new approaches for future shows ensuring these films receive the attention they deserve. Language will no longer be a barrier to recognition as the best.”

Among other eligibility changes, the Globes also tweaked the name of the Foreign Language category to now be for “Best Motion Picture – Non-English Language.” The HFPA also clarified that filmed productions of stage plays, operas, concerts, and other live events are now considered documentaries and are not eligible for Best Picture.

They also made a distinction that foreign TV shows, or programs produced principally outside the United States, are eligible only if they are a co-production (both financially and creatively) with a United States partner and are defined as a “United States partner.” Shows must also now be a minimum of 20 minutes in length.

All of this is contingent however on when the next Golden Globes ceremony takes place. The HFPA’s broadcasting partner NBC has already decided not to air the 2022 Golden Globes as the organization has for months tried to reform and diversify its membership and voting practices after facing backlash over its lack of Black members — as well as its track record of snubbing movies and TV shows with Black creators.

At the end of May, the HFPA hired new diversity, equity and inclusion consultants and two independent law firms, and earlier that month they issued a “reimagination” of the organization, pledging to increase membership by 50%, hold new board elections and hire professional executive leadership. However, many of these reforms were slammed by organizations like Time’s Up and GLAAD for not going far enough.

The HFPA said in its statement Wednesday that a majority of its membership has already completed diversity, equity and inclusion training sessions and passed a revised code of ethical conduct prohibiting the acceptance of gifts and other inducements. The group also established a hotline to allow people to make anonymous tips about corruption or other misconduct.

“The Hollywood Foreign Press Association is not only committed to creating a diverse, accountable and transparent association through our reform plan, but also bringing cultural understanding and proper recognition to all films and art through the Golden Globes,” Sar added. “We have listened to feedback from our partners around key eligibility changes. These will immediately go into effect, regardless of the next air date of the Golden Globes, demonstrating our commitment to diversity and inclusivity throughout all aspects of our work.”

Sisters get tattoos of dad's emotional final note: 'It has been such a good life'