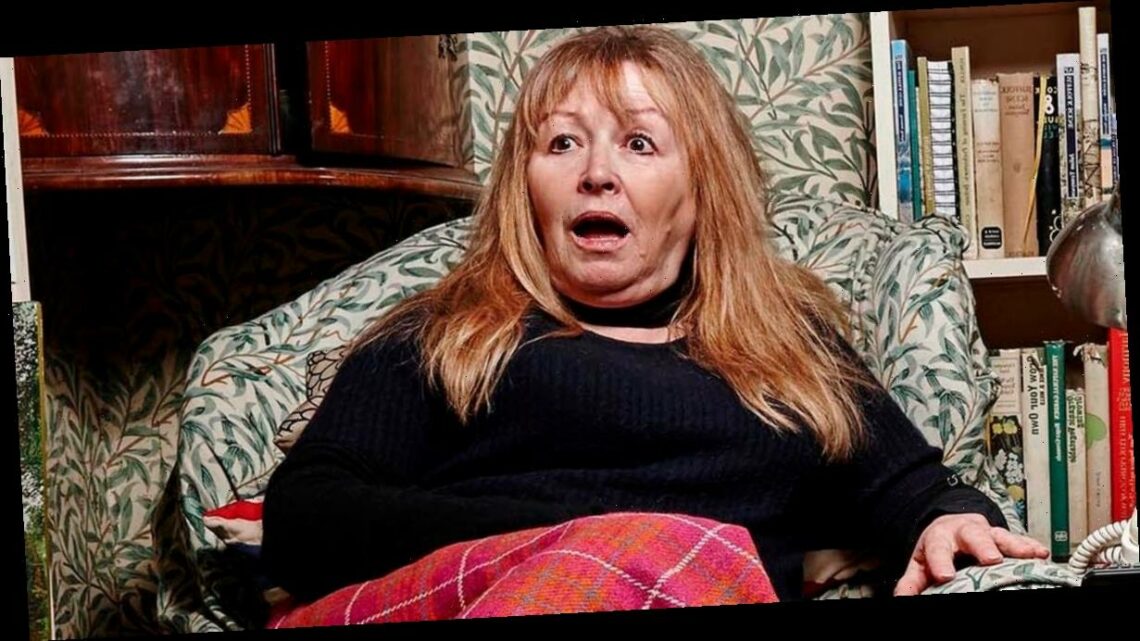 Channel 4 favourite Gogglebox has never had so much to talk about as this week, which has seen explosive drama for both the royal family and ITV morning staple Good Morning Britain.

The show will see the likes of Giles and Mary return to their spots on the sofa for the usual 9pm airing tonight, but it could see even more controversy as the group gear up to give their honest responses on the latest TV events.

Guardian TV critic Scott Bryan reported: "FYI: Gogglebox *will* be reviewing the Harry and Meghan Oprah interview, as well as what happened with Piers Morgan on Good Morning Britain. This Friday night at 9pm."

Meghan Markle and Prince Harry’s interview with US chat show host Oprah Winfrey was truly shocking this week, as the Duchess of Sussex told the world she’d felt suicidal during her time working as a senior royal.

The mum-of-one, who is now also pregnant with her first daughter, also shared a harrowing story of how one member of the royal family told Harry their concerns over the colour of son Archie’s skin colour before he was born.

While many rushed to share support with Meghan, who had been suffering with her mental health, former GMB presenter Piers Morgan hurled a slew of insults the duchess’s way.

He said: "I'm angry to the point of boiling over today, I'm sickened by what I've just had to watch. "This is a two-hour trashathon of our Royal Family, of the monarchy, of everything the Queen has worked so hard for, and it's all being done as Prince Philip lies in hospital. They trash everybody."

But when Piers not only dismissed Meghan's suicidal thoughts but outright claimed she was lying, colleague and weather reporter Alex Beresford spoke out, prompting the show’s host to storm off the set and later decide to step down from the programme after conversations with ITV bosses.

"Who did you go to?" the 55-year-old presenter ranted to viewers. "What did they say to you? I'm sorry, I don't believe a word she said, Meghan Markle. I wouldn't believe it if she read me the weather report.

"The fact that she's fired up this onslaught against our Royal Family, I think is contemptible."

"I understand you don't like Meghan Markle, you've made it so clear a number of times on this programme and I understand that you had a personal relationship with Meghan Markle and she cut you off," Alex later fired back.

"But she's entitled to cut you off if she wants to – has she said anything about you since she cut you off? I don't think she has, yet you continue to trash her. This is absolutely diabolical behaviour," the weather man added.

Viewers flocked to Twitter following the news of tonight’s Gogglebox content, as one person wrote: "Sod Oprah, what do Giles and Mary think!"

"This will be very telling of the mood of the nation right now. I hope it gets picked up by US TV channels and aired," another shared.

A third guessed: "This interview will be torn to shreds… we’ve lived the highs and lows of Megxit and their relationship… remember that. Gogglebox crew… have watched every step of the way too."

While a fourth excited fan cried: "If this is true omdsss we’re in for a treat tonight!!"

"Gogglebox can be savage. Might be interesting to watch," a fifth commented, followed by: "This is the TV moment we’ve all been waiting for."