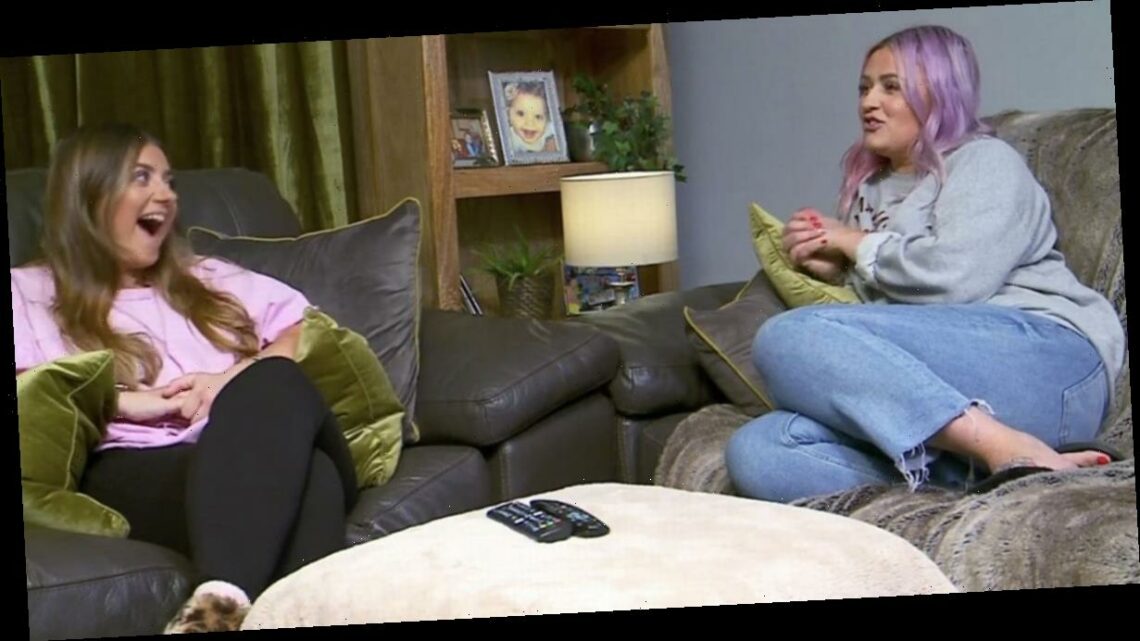 Talking about taking a number two, Izzi revealed she couldn't go if there was anyone around, whereas Ellie seemed to enjoy an audience.

Izzi said: "If I do have to [go at work], to the point where I'm touching cloth, I go to the sixth floor. There's nobody up there on the sixth floor, disabled toilet, so there's no chance."

Speaking of going at home, she said: "Don't come within six feet of the toilet door – and I put my music on." But Ellie admitted: "I poo with the toilet door open."

One said: "Can do without this poo talk."

Another wrote: "Them girls are truly gross."

Someone else commented: "Poo chat – nice," alongside a shocked emoji.

While a fifth added: "Thanks Ellie and Izzi now I know too much about your personal doings i.e. poo and your boyfriends' poos. Too much information."

Elsewhere in the episode, Blackpool siblings Pete and Sophie Sandiford shocked with a raunchy quip while they watched First Dates.

That wasn't their only X-rated moment of the episode though, as Pete confessed to an awkward moment that almost left him completely red-faced.

He explained he got a text from a plasterer who was asking about payment, but he almost paid him with something other than cash by accident.

Pete said: "I was texting him in the bath, with wet fingers, only I accidentally opened the camera and almost sent him a picture of my willy. On WhatsApp too, so I couldn't have got it back."

While Pete joked: "Will this cover it?"