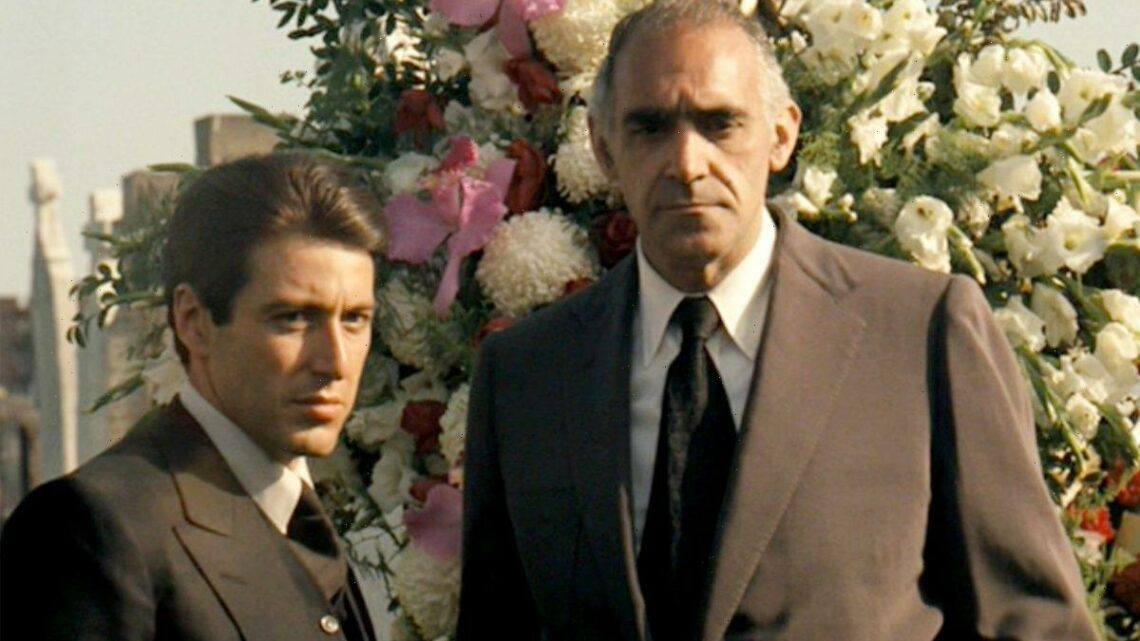 When Michael Corleone (Al Pacino) searches for his family’s betrayer in The Godfather, he believes Clemenza (Richard Castellano) is the one. Yet it turns out to be Tessio, the slithering caporegime played by Abe Vigoda (1921-2016). After his brief plea for a reprieve, Tessio heads off to his death.

Vigoda’s film debut in The Godfather did wonders for his career. (He was 51.) Around the time The Godfather: Part II (1974) hit movie theaters, Vigoda began playing Detective Phil Fish on Barney Miller. He ran with that for three years, and he followed it with another two seasons in the spinoff Fish (1977-78).

But after an appearance in season 7 (1981) of Barney Miller, Vigoda went nearly three years without being seen on-screen. And when he missed Barney Miller’s ’82 wrap party, a reporter mistakenly wrote that he was dead. Vigoda had fun with that for decades prior to his death at 94.

Abe Vigoda was mistakenly reported dead twice in the ’80s

In the pre-internet days, news consumers relied on print media and news broadcasts for information. And fact-checking in real time was much more of a challenge for the average person. So when a People Magazine reporter wrote that “the late Abe Vigoda” wasn’t at the Barney Miller wrap event, people naturally thought he’d died.

However, Vigoda wasn’t dead; he was simply in Canada, he recalled in a 2008 CNN interview. Vigoda had gone up north to do a play in Alberta, and the report on him dying stuck after People corrected it. (Maybe it was his slouching characters, or Vigoda’s trademark sunken-eyed look.)

But reporters wouldn’t stop declaring Vigoda dead. In ’87, a New Jersey TV reporter made the same blunder, The Washington Post reported in ’16 (following Vigoda’s actual death). And, following the standard protocol, the station corrected the report the following day.

At that point, you couldn’t blame anyone for believing Vigoda had frowned his last frown. But the man (then quite vigorous and fit in his 60s) still had three more decades to go. In that time, Vigoda learned to have fun with the repeated death notices.

Those death notices probably affected Vigoda’s career more than his choice of doing a play in Canada in the ’80s. But he didn’t let it get to him. In the late ’80s, he appeared on David Letterman’s show and agreed to breathe on a mirror to prove he was among the living.

Vigoda also posed with the People Magazine issue that had declared him dead. By the time the internet started doing what it does, Vigoda got a hand from unnamed sponsors who started and maintained a website (abevigoda.com) that supplied up-to-the-minute updates on whether Vigoda was alive or dead.

If you’re wondering, the answer is yes, the website is still up and running. (“Abe Vigoda is dead,” it read when checked at press time.) But as long as people watch movies, they’ll watch The Godfather, so Vigoda won’t ever be gone.

Netflix’s ‘Halston’ Does Not Reflect the Real Halston, His Family Says

What Rudy Tomjanovich Learned by Coaching the Greats
World News