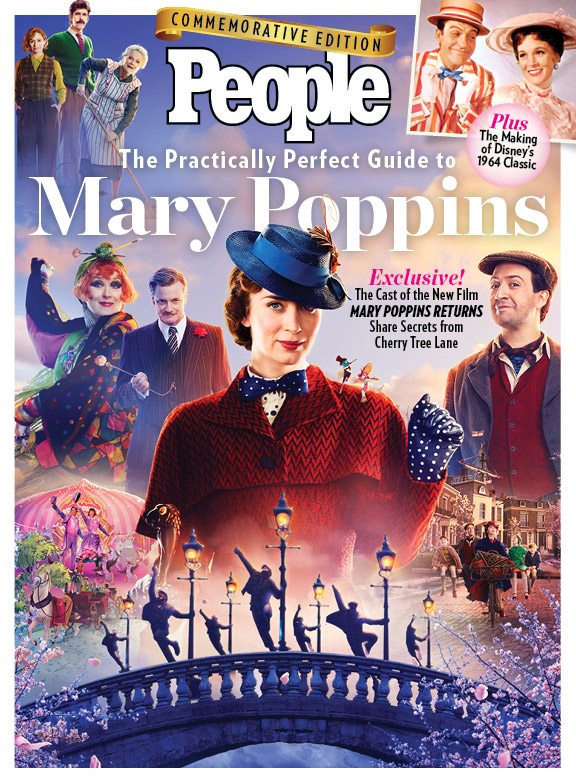 After 54 years, everyone’s favorite magical nanny is back!

“[Mary Poppins] is one of the most empathetic characters I’ve played,” Blunt tells PEOPLE. “There’s nothing manipulative about her empathy—she doesn’t need anything in return. She plants these seeds so that you can go on a voyage of self-discovery and figure it out yourself.”

Hear about their first time experiences watching the original 1964 film, and what went on behind the scenes on set.

“[The kid actors] fell in love with Hamilton as we were filming,” Miranda (who plays lamplighter Jack) says. “The youngest one, Joel [Dawson], started listening to it while we were making the film, and then it was a lot of, ‘I’m not throwing away my shot.’ I would customize lyrics for them to sing in between takes, like ‘My name is Joel, I live in a bowl.’”

See how the new Cherry Tree Lane pays tribute to the old, the detailing behind the whimsical costumes, and the inspiration behind the soundtrack. Plus: we revisit the making of the original Mary Poppins, as told by composer Richard Sherman, Van Dyke, and others who helped Walt Disney create the classic film.

“We rehearsed for weeks,” Van Dyke says of the marathon “Step in Time” chimney-sweep number. “They built the rooftops out of plywood, and we were out there in 95 degree heat. I think I lost 10 pounds doing that number.”

The 96-page special edition is filled with exclusive photos from Mary Poppins Returns, from the Banks children springing into action to Streep (who plays Mary’s cousin, Topsy) striking a pose.

“We have to look for the joy in our world, and this sort of offered it,” Streep says about the film. “[It] a message of hope. A very cheery version of hope, and a very silly one. In certain moments, this movie is a champion of silliness!”

Who is Ellie Brown? Love Island girl from Newcastle who split from millionaire boyfriend Charlie Brake

What is Hogmanay, where does its name come from and how does Scotland celebrate the New Year?
World News