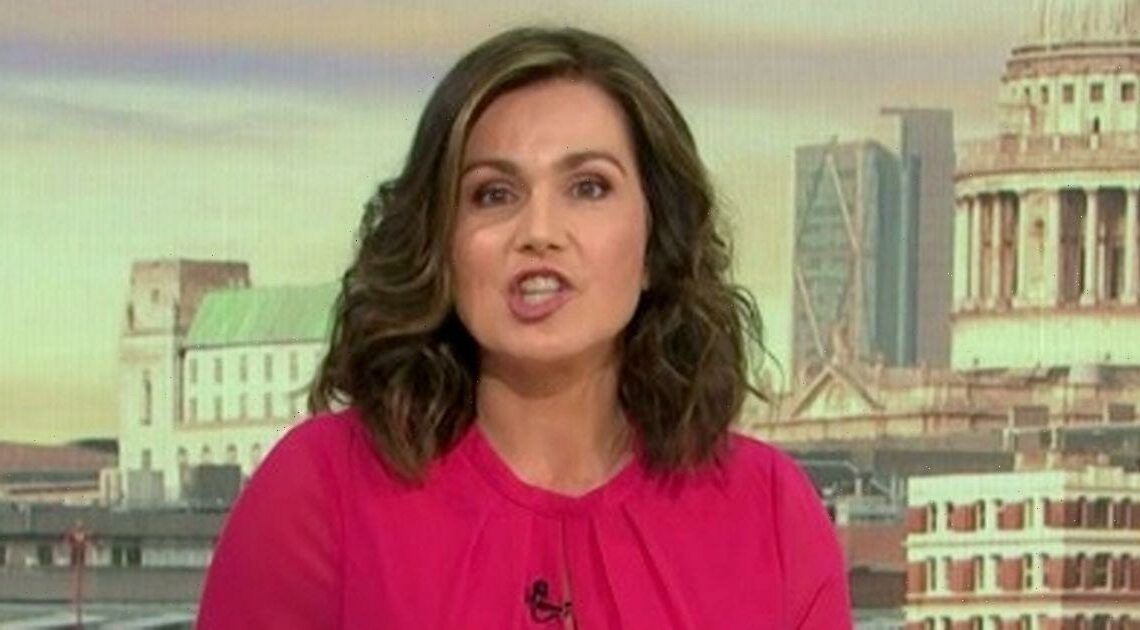 Susanna Reid will be off for the whole week, her GMB co-star has confirmed, taking a well-deserved break for the half-term holiday.

Susanna – who usually hosts the show from Monday to Thursday – was nowhere to be seen, with Sean explaining she was "not in all week".

It all kicked off when showbiz expert Will Njobvu came on the show, discussing last weekend's series debut of The Masked Dancer, a spin-off version of The Masked Singer.

Will started speculating about who could be hiding inside the Knickerbocker Glory costume, making sense of the clues handed out on the show.

"As you can imagine, Twitter has gone mad with speculations as fans try and guess who else could be underneath those masks and costumes," he said.

"Some people are saying that maybe TV personality Zoe Ball could be the celeb behind the llama costume and others are certain that another star with Strictly connections, Maisie Smith, could be squirrel."

Will shared his theory Susanna was actually Knickerbocker Glory, thanks to one clue dropped in the character's VT about a "scoop".

"But do you know what, I've been thinking, I've been connecting the dots this morning, could GMB's very own Susanna Reid be behind one of the masks?" he wondered.

"Look I'm onto something here. Oti even thinks it's her after speculating that Knickerbocker Glory was a journalist because the word ‘scoop' was mentioned in the dancer's VT."

Turning to Sean, he added: "Now it could even be Charlotte Hawkins actually. What do u think Sean?"

Sean then confirmed Susanna would be taking the half-term break off work, as he sent the rumour mill into overdrive by adding: "Well, Susanna's not in all week so who knows? It could be that…"

Since Piers Morgan's high-profile exit from the show back in March, which came amid controversy over his coverage of Meghan Markle's CBS interview with Oprah Winfrey, Susanna has been GMB's sole lead anchor.

Presenters like Charlotte, Adil, Ben Shephard and Kate Garraway have been filling a rotation of presenters, with occasional appearances from new host Alastair Stewart.

Good Morning Britain airs on weekdays at 6am on ITV.