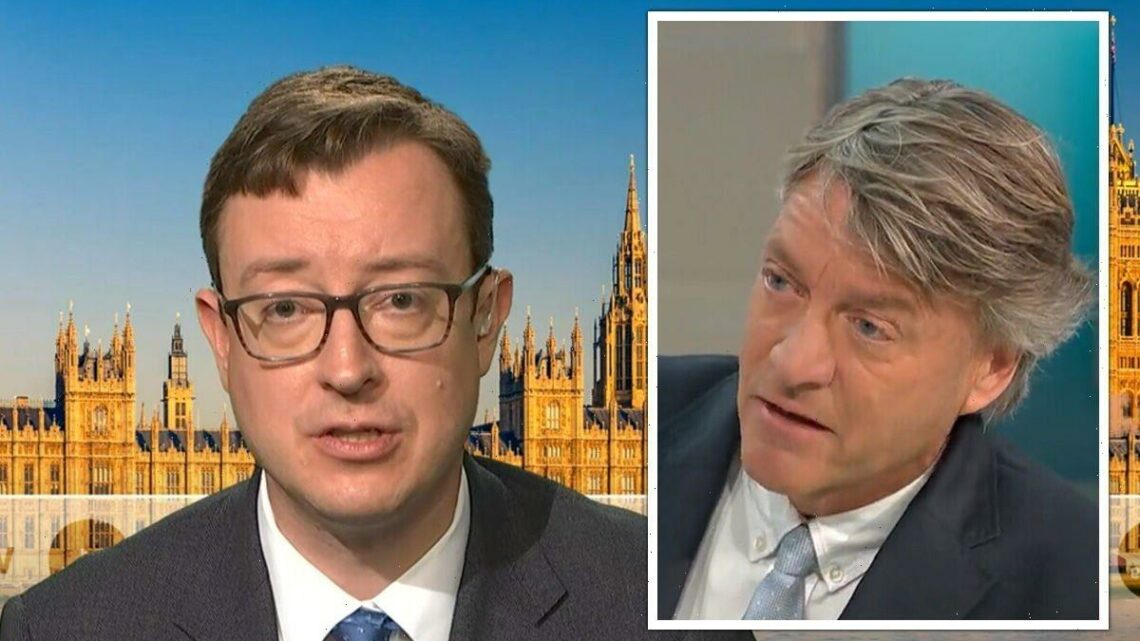 The Tory MP faced a grilling about the Prime Minister’s leadership from Susanna Reid and Richard Madeley on Monday’s instalment of Good Morning Britain. They also probed the minister on whether the Government could bring back the Universal Credit Uplift to help during the cost-of-living crisis. But his responses sparked outrage among ITV viewers.

Discussing the result of the Sue Gray report, Madeley asked Clarke: “Whatever the report contains tomorrow, do you feel Mr Johnson’s position is now secure?

“Do you feel the public wrath with was at first was incandescent has abated enough for him to carry on?”

The minister said: “I have full confidence in the Prime Minister, I know him well, and I think he has shown extraordinary leadership at an extraordinary time.”

Viewers were quick to take to Twitter to vent their frustration over the MP’s remarks, with Tony Draper fuming: “@SimonClarkeMP is an empty vessel with laughable excuses for the waster PM’s irresponsible and offensive behaviour.

“A Treasury minister with no understanding of the big issues. Clearly yet another case of @BorisJohnson employing someone even less capable than himself #GMB.”