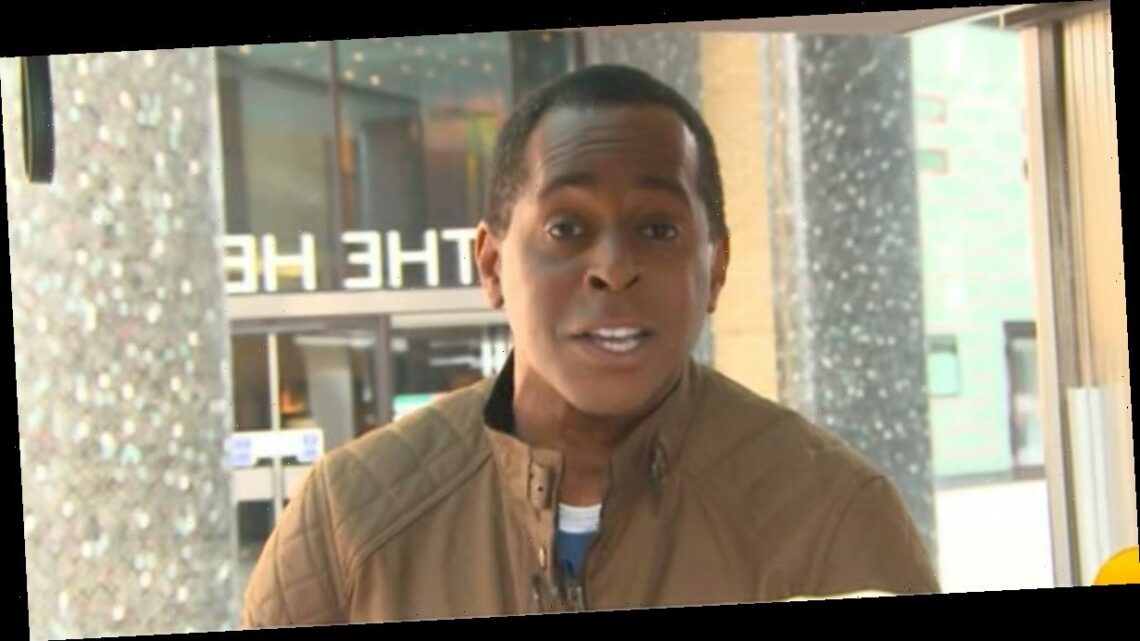 The bold MP appeared on GMB to discuss her new immigration proposals which aim to help put an end to the illegal human traffickers who smuggle people into the country.

Speaking to Susanna, Andi admitted he found Priti Patel was talking to the nation like Headmistress.

Andi said: "Wow it is like watching the Headmistress talk to us about all of the subjects as we sit in our houses."

He went on to mock: "Cheers love. Woah. I am exhausted.

"I mean I don’t do political as you know but wow. Wow. Wow."

Viewers of GMB were divided by Andi's comments.

Some praised him for speaking their mind, while others blasted him for being out of touch.

One viewer raged: "Rich luvvies Andi Peters 'I don't do politics' on his link segment… then proceeds to lay into the Home Secretary. "They're so out of touch. People want illegal immigrant smuggling and organised crime dealt with. By people, I mean the nation, not Twitter."

Another added: "You don’t do politics Andi well maybe you should because you just kind of said what everyone was thinking @pritipatel is so patronising."

Meanwhile, a third chimed in: "@andipeters summed up Priti Patel perfectly. Maybe you should start to do politics!"

Speaking to Susanna and Ben, Patel was asked if she was being ‘tougher and harsher’ with the new rules.

Patel said: "First of all, what I think is very important to acknowledge is that we absolutely need to do the right thing by those that are fleeing persecution.

"That is the right thing, it is fair and as a country we have been doing that over recent years… Now there is something more fundamental here about the changes we are bringing in… We want to start to address, in a way in which we have not as a country and a Government previously, illegal migration, individuals that have travelled to the UK illegally have now made up an enormous number of the asylum cases."

She added: "To deal with that, we want to create safe and legal rules and stop people from putting their lives in the hands of the smugglers, of criminal gangs, of the facilitators… There is an enormous trade in terms of criminality and illegal migration and it is not just people who are being smuggled, it’s drugs and it’s all the things that quite frankly we cannot turn a blind eye to and our system needs to address this."

When did Zara Tindall give birth to her third baby?